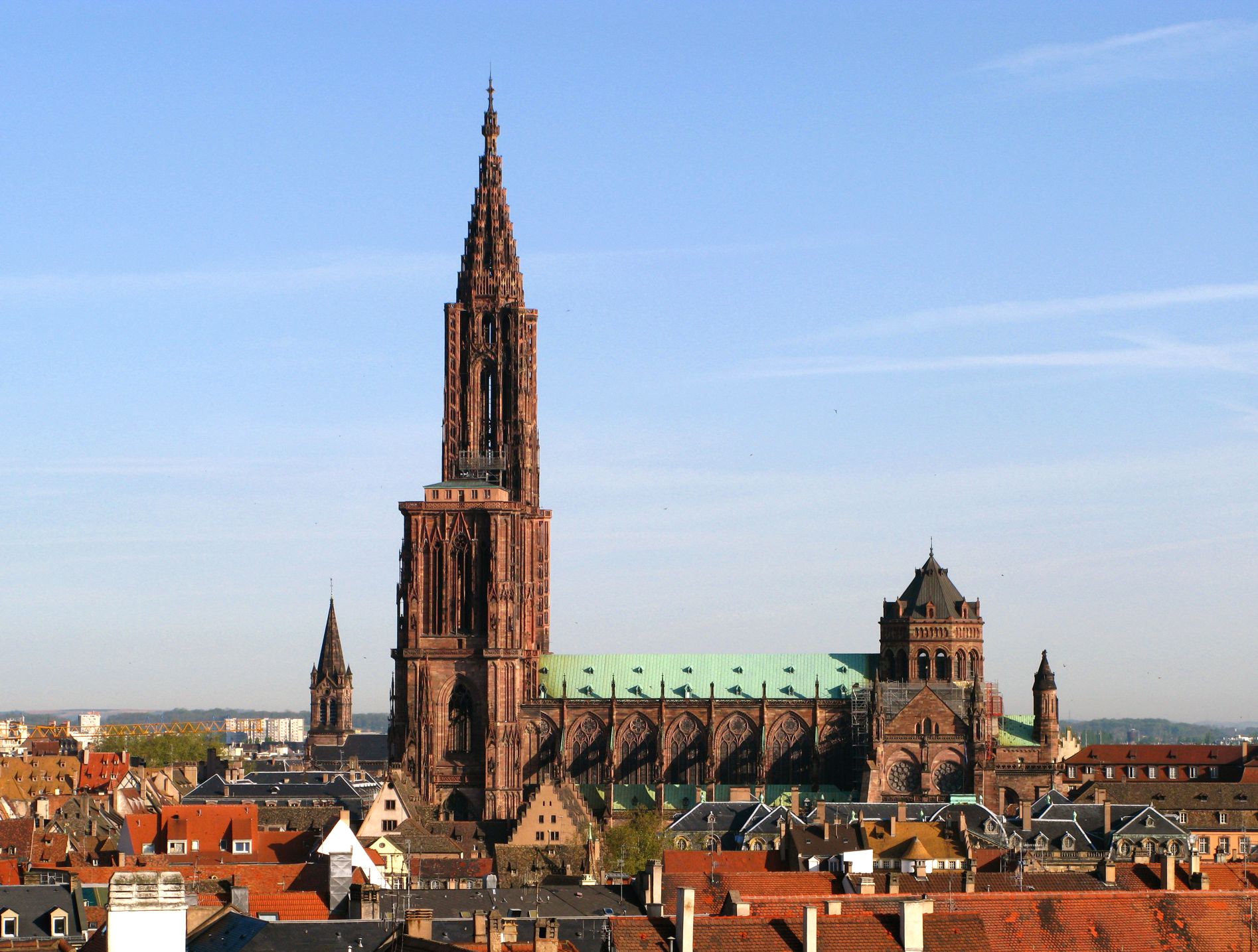 Strasbourg (German: Straßburg) is the capital and principal city of the Alsace region in north-eastern France. Located close to the border with Germany, it is the capital of the Bas-Rhin department. In 2006, the city proper had 272,975 inhabitants and its urban community 467,375 inhabitants. With 638,670 inhabitants in 2006, Strasbourg's metropolitan area ("aire urbaine") (only the part of the metropolitan area on French territory) is the ninth largest in France. The transnational Eurodistrict Strasbourg-Ortenau has a population of 884,988 inhabitants.[1] 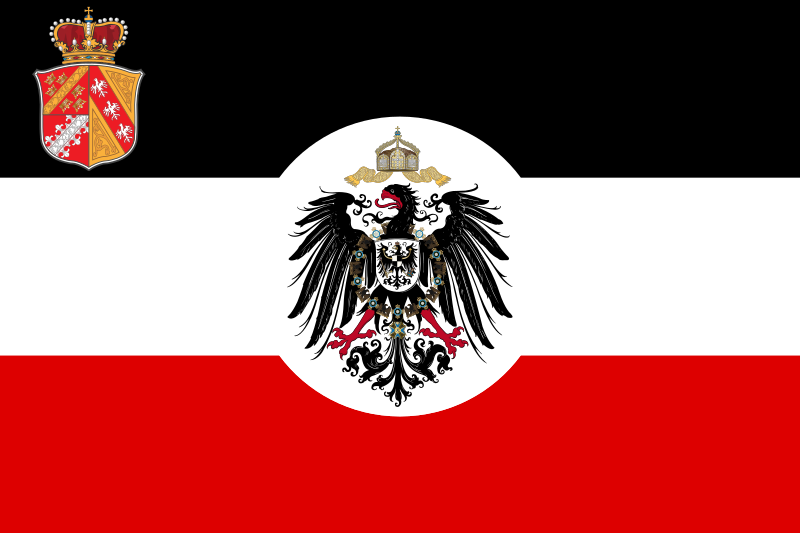 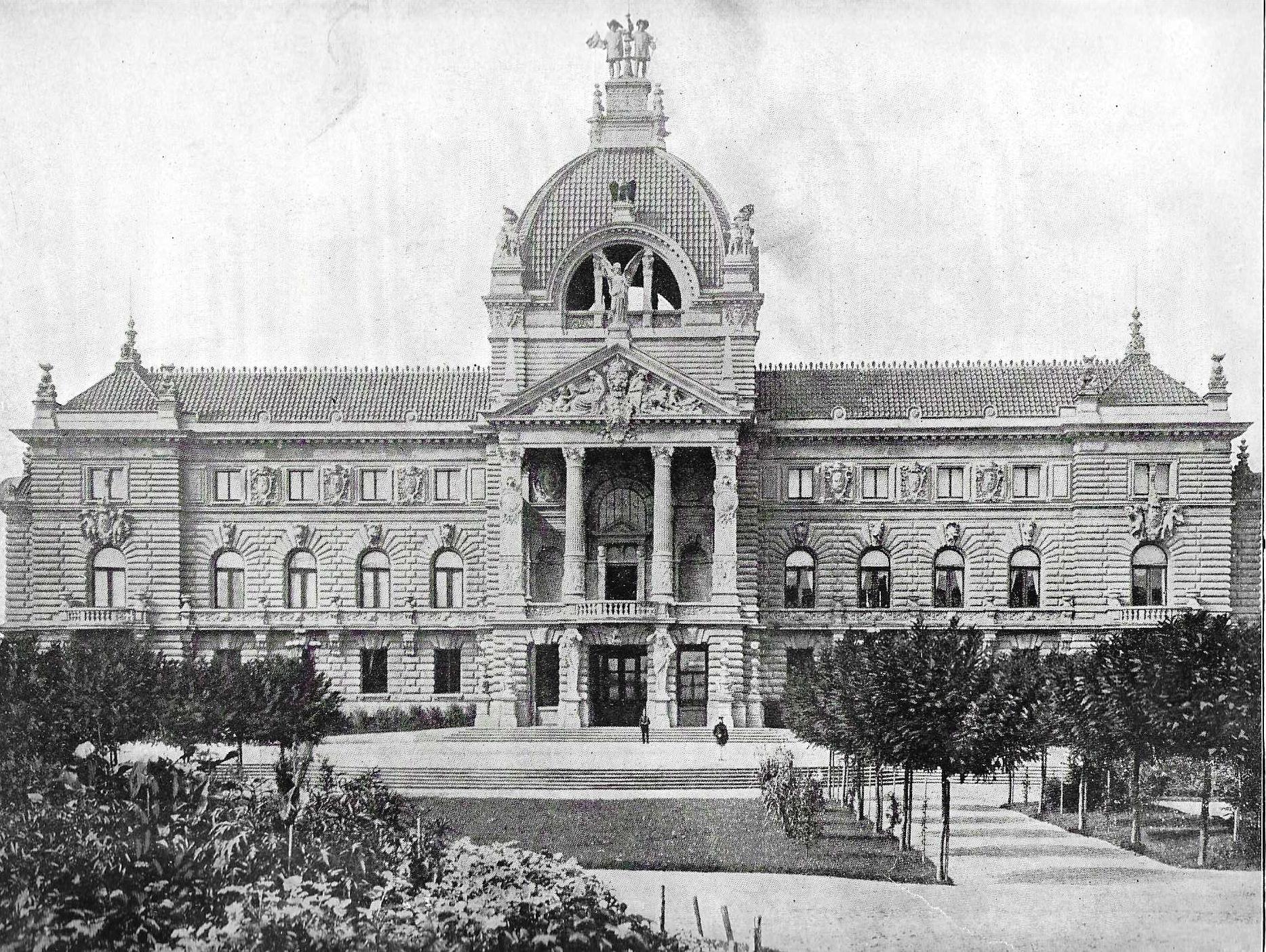 The Kaiser's Palace in Straßburg.

Strasbourg's historic city centre, the Grande Île ("Grand Island"), was classified a World Heritage site by UNESCO in 1988, the first time such an honor was placed on an entire city centre. Strasbourg is fused into the Franco-German culture and although violently disputed throughout history, has been a bridge of unity between France and Germany for centuries, especially through the University of Strasbourg, currently the largest in France, and the co-existence of Catholic and Protestant culture.

Stras- is cognate to the German Straße while -burg is cognate to the German Burg derived from Proto-Germanic *burgz ("hill fort, fortress"). In the fifth century Strasbourg was occupied successively by Alemanni, Huns, and Franks. In the ninth century it was commonly known as Strazburg in the local Germanic language, as documented in 842 by the Oaths of Strasbourg. This trilingual text contains, alongside texts in Latin and Old High German (teudisca lingua), the oldest written variety of Gallo-Romance (lingua romana) clearly distinct from Latin, the ancestor of Old French. The town was also called Stratisburgum or Strateburgus in Latin, from which later came Strossburi in Alsatian and Straßburg in Standard German, and then Strasbourg in French. The Oaths of Strasbourg is considered as marking the birth of the two countries of France and Germany with the division of the Carolingian Empire.

Between 362 and 1262, Strasbourg of the Kingdom of the Franks was governed by the bishops of Strasbourg, belonging to the ecclesiastical province of the Archbishopric of Mainz since Carolingian times.; their rule was reinforced in 873 and then more in 982. In 1262, the citizens violently rebelled against the bishop's rule (Battle of Hausbergen) and Strasbourg became a free imperial city (Freie Reichsstadt) of the Holy Roman Empire of the German Nation. After over 1000 years of Germanic rule, it became a French city in 1681, after the conquest of Alsace by the armies of Louis XIV, although it was officially considered by the French until 1789 as a foreign province (province à l’instar de l’étranger effectif) with a customs border. The French did not trust the city, that spoke German and practiced German culture.

In 1871, after the Franco-Prussian War, the city became German again as the capital of the Imperial Territory of Alsace-Lorraine (German: Reichsland Elsaß-Lothringen), until 1919 (end of World War I), when it was forcibly reverted to France through the Treaty of Versailles.