From Metapedia
(Redirected from Kingdom of the Franks)
Jump to: navigation, search 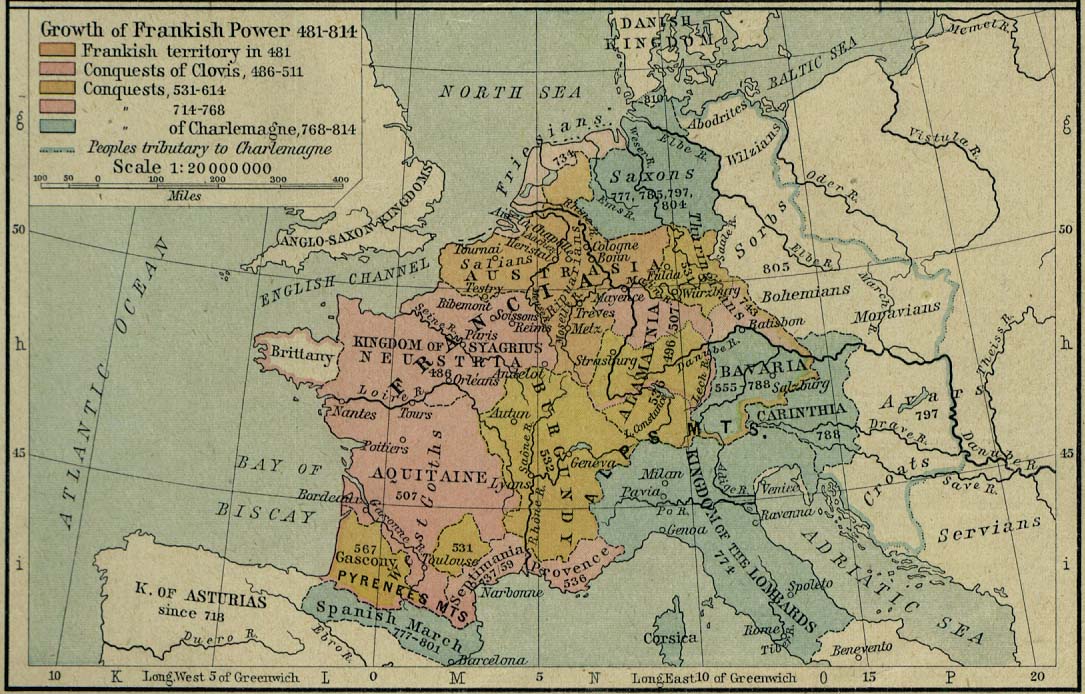 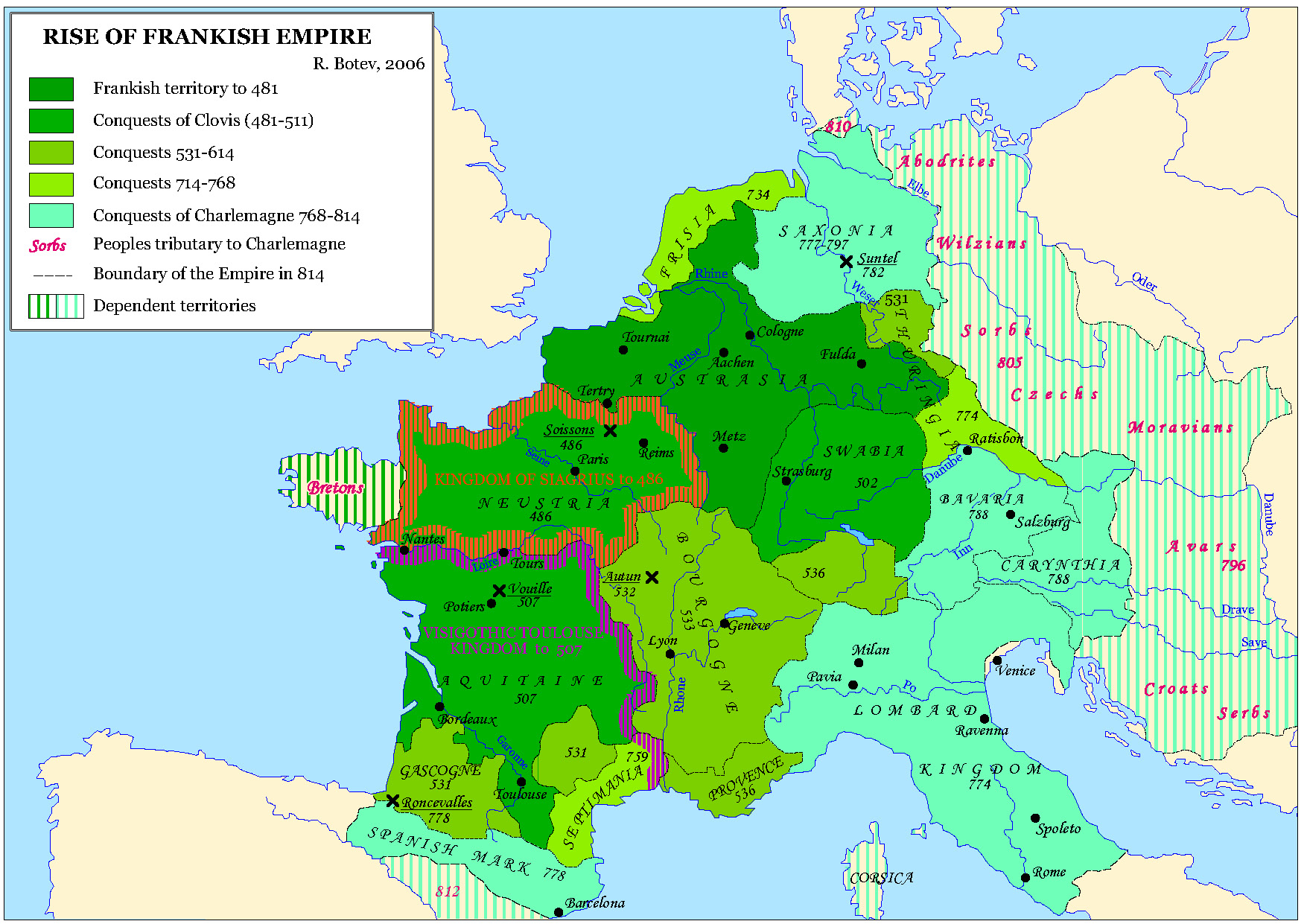 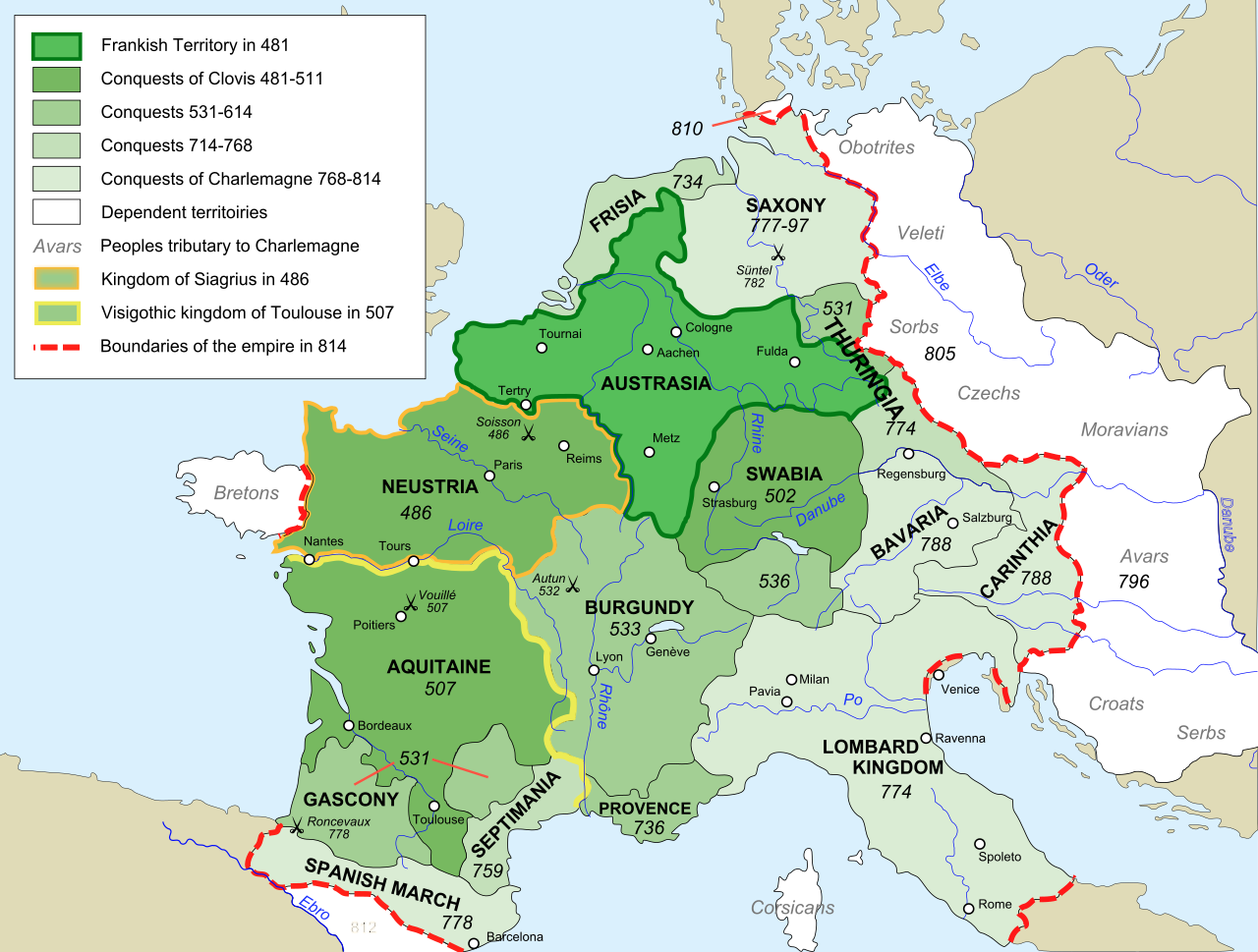 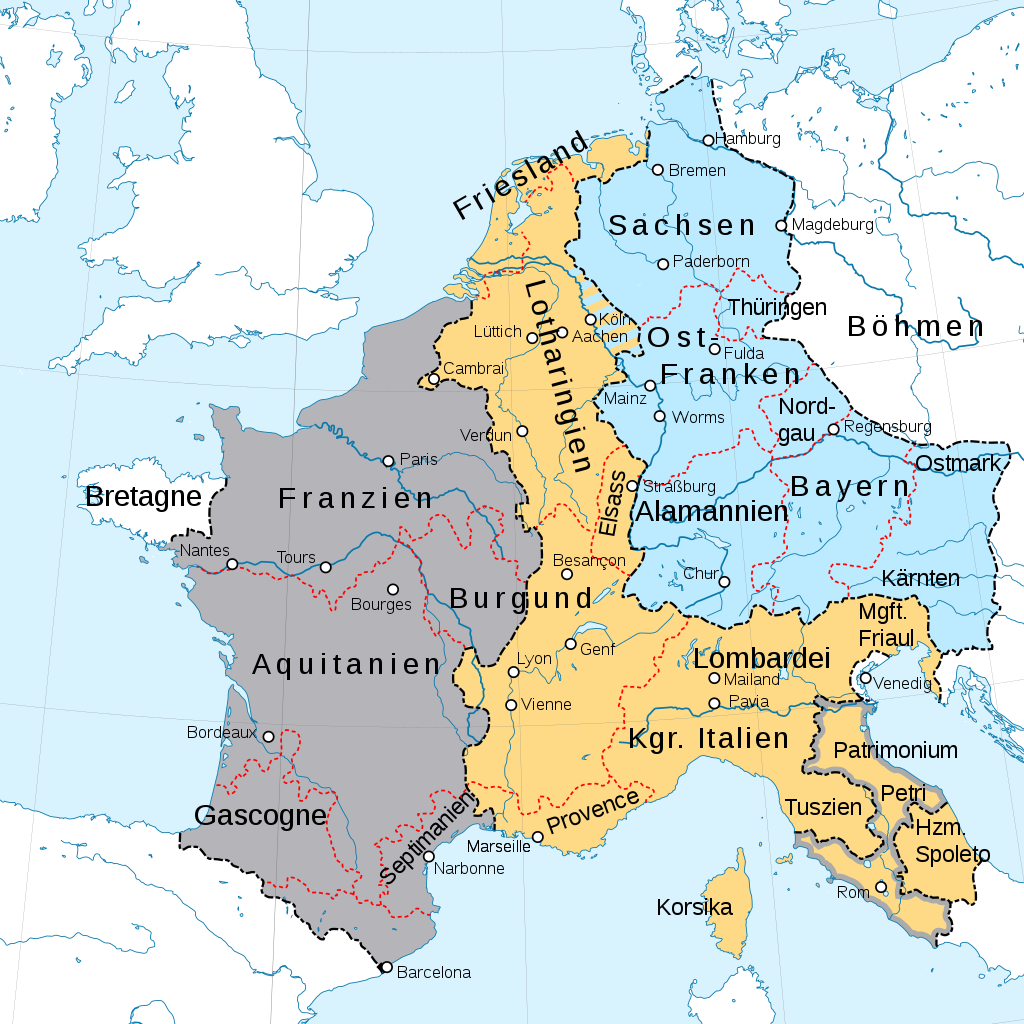 Painting (1861) "Die Erziehung der Kinder von Chlodwig" from Lawrence Alma-Tadema. It shows Chlodwig I. (Clovis, King of the Salian Franks and from 509 until 511 King of all Franks) and his wife Chrodechild looking on as their children are raised and taught for warfare. Clovis' sons are throwing the "Franziska", the historical throwing axe of the Franks. 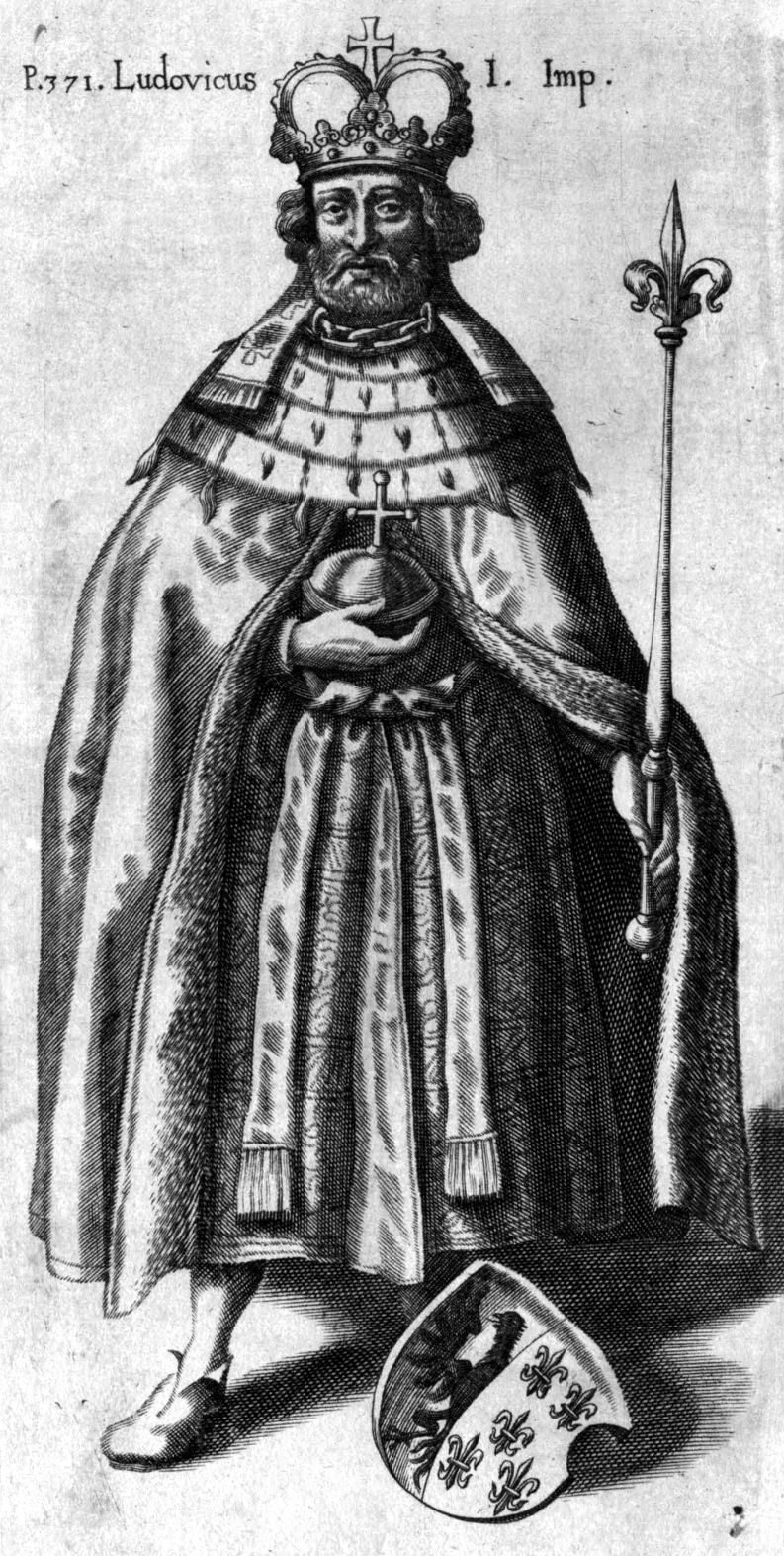 Louis the Pious (Ludwig der Fromme), son of Charlemagne and Hildegard, was the last king of the united Franks. 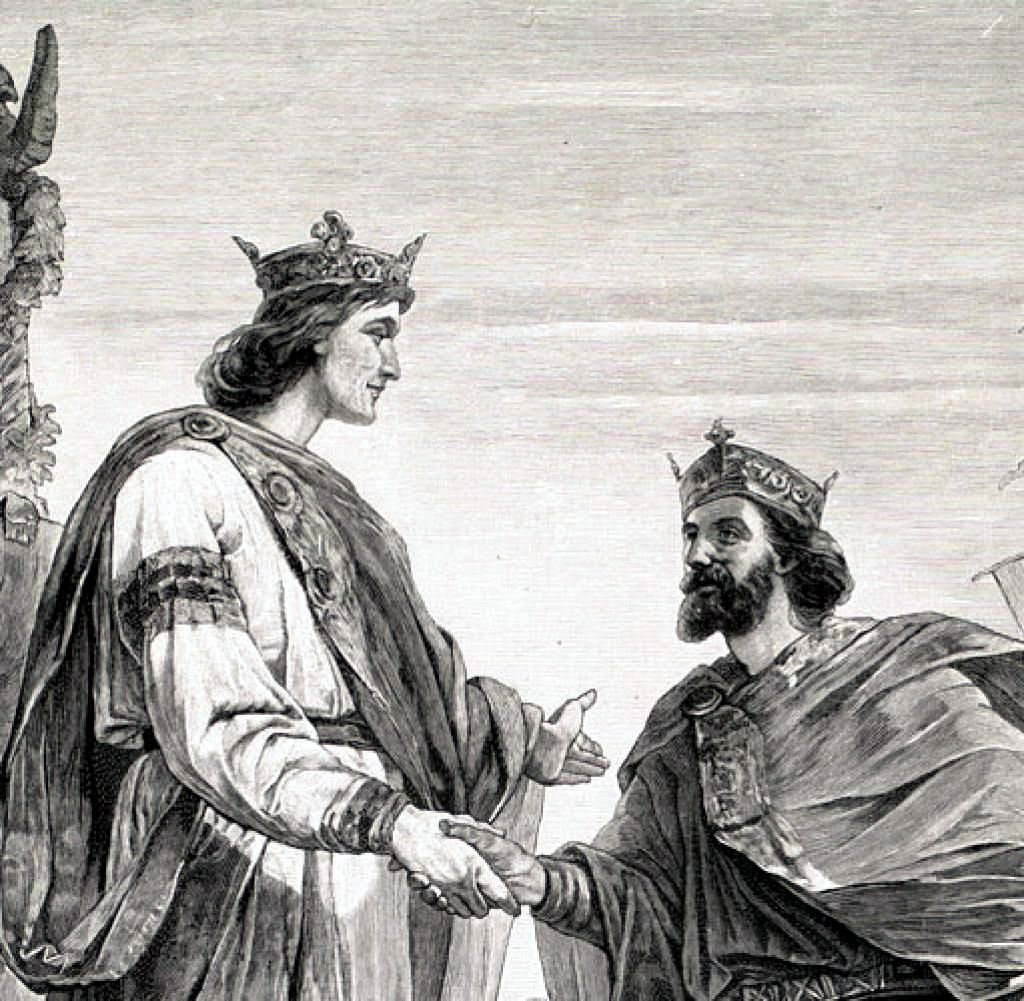 All of the following may have been related to Clovis in some degree and eventually removed by before 509:

Rulers after the division of the Empire

Louis divided his lands between his three sons, but they all ended up in the hands of the youngest by 882:

On the deposition of Charles the Fat, East Francia went to his nephew:

Louis the Child was the last East Frankish Carolingian ruler. He was succeeded by Conrad I of Germany (Konrad I.) in 911 and then the Saxon Ottonian dynasty with Henry the Fowler (Heinrich I.) in 919:

After Lothair's death in 855, his realm was divided between his sons:

Names marked with an asterisk (*) were not Carolingians, but Robertians.