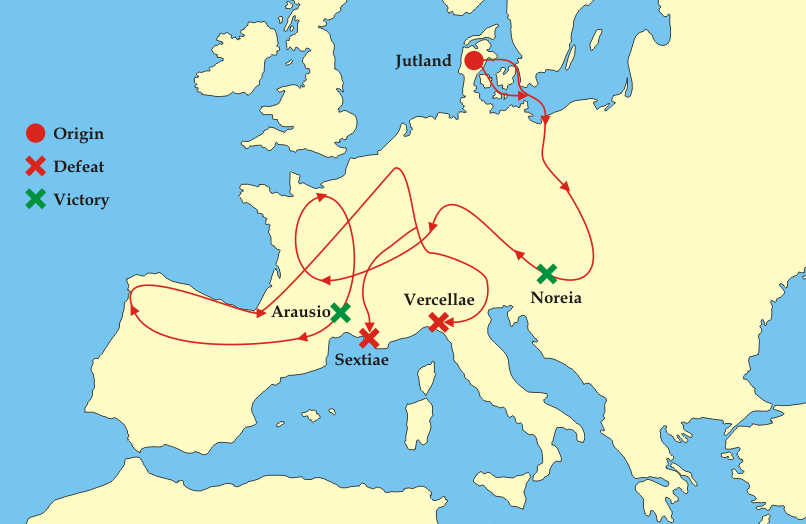 The migrations of the Teutons and the Cimbri in Germania. 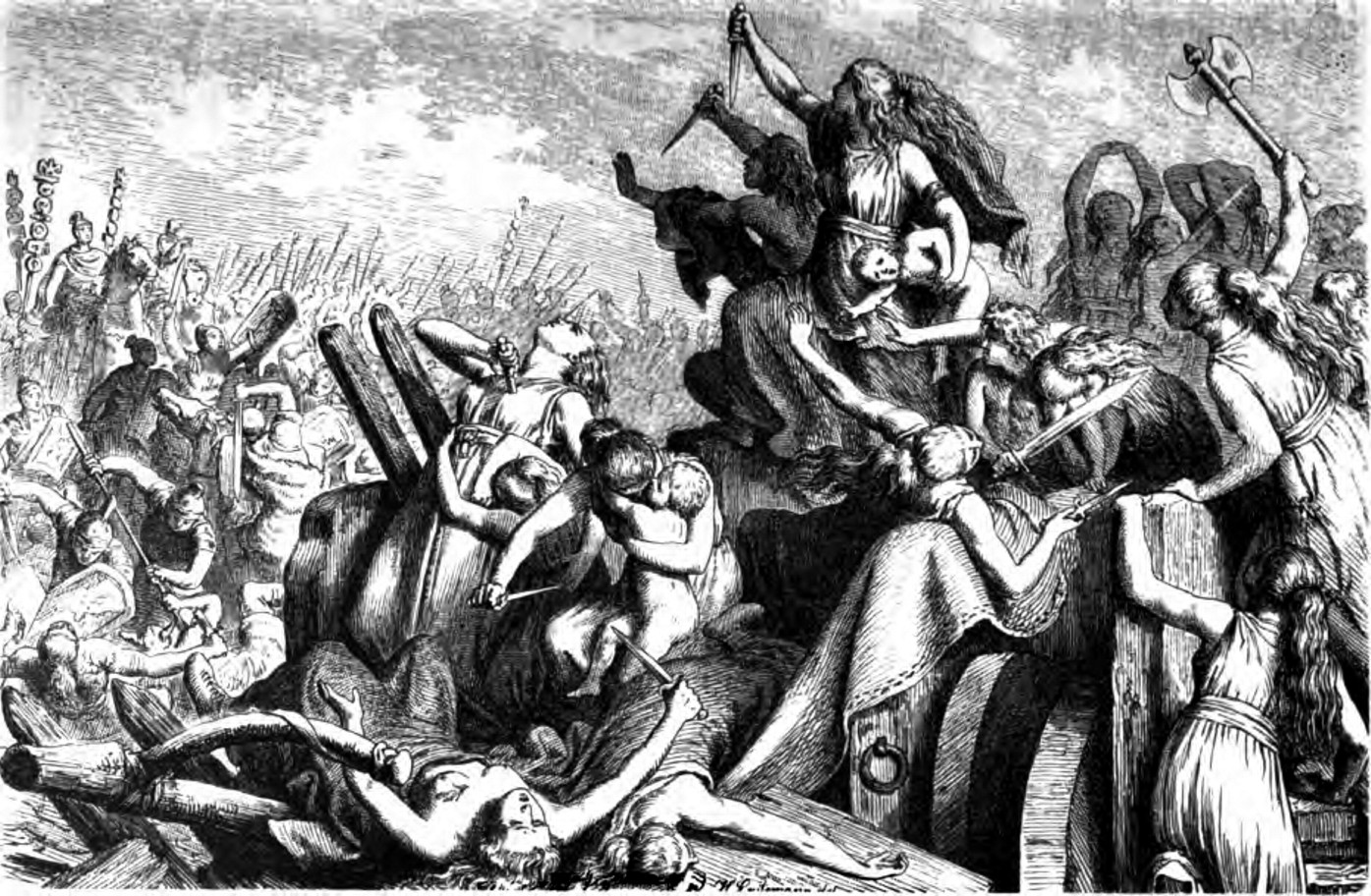 "The Women of the Teutons Defend the Wagon Fort (1882) by Heinrich Leutemann.

The Teutons or Teutones (from Proto-Germanic *Þeudanōz) were mentioned as a Germanic tribe by Greek and Roman authors, notably Strabo and Marcus Velleius Paterculus and normally in close connection with the Cimbri, whose ethnicity is contested between Gauls and Germani, although Scholars generally see the Cimbri as a Germanic tribe originating also in Jutland (Germania).[1][2] According to Ptolemy's map, they lived in Jutland, in agreement with Pomponius Mela, who placed them in Scandinavia (Codanonia)[3]. Suggestions of Celtic origins are unbased and have been widely contradicted.[4] In any case, they are believed to have given their name to the region of Thy (Old Norse Thiuthæ sysæl) in northern Germania (Jutland), portions of modern-day Germany and Denmark.

Earlier than 100 BC, many of the Teutones, as well as the Cimbri, migrated south and west to the Danube valley, where they encountered the expanding Roman Republic. During the late second century BC, the Teutones and Cimbri are recorded as passing through Gaul and attacking Roman Italy. After several victories for the invading armies, the Cimbri and Teutones divided forces and were then defeated separately by Gaius Marius in 102 BC, and 101 BC. The Teutones' defeat was at the Battle of Aquae Sextiae (near present-day Aix-en-Provence). Their King, Teutobod, was taken in irons.

According to the Roman legend of Germanic heroism noted by Jerome, the captured women committed mass suicide:

"By the conditions of the surrender three hundred of their married women were to be handed over to the Romans. When the Teuton matrons heard of this stipulation they first begged the consul that they might be set apart to minister in the temples of Ceres and Venus; and then when they failed to obtain their request and were removed by the lictors, they slew their little children and next morning were all found dead in each other's arms having strangled themselves in the night."[5]

The term Teuton or Teutonic has been used in reference to all of the Germanic peoples. The origin of the hypothetical proto-Germanic name *Þeudanōz and its Latin form Teutones is vague, having been attributed variously to Celtic tuath, Latvian tauta, or Oscan touto meaning people, race or town. Verner's Law of phonetic shifts traces the Modern German word for German, deutsch, to proto-Germanic thiudisk, "of the people," from thiuda, "people." A relationship between this word and *Þeudanōz (Romanized as theudanoz) is easily hypothesized.