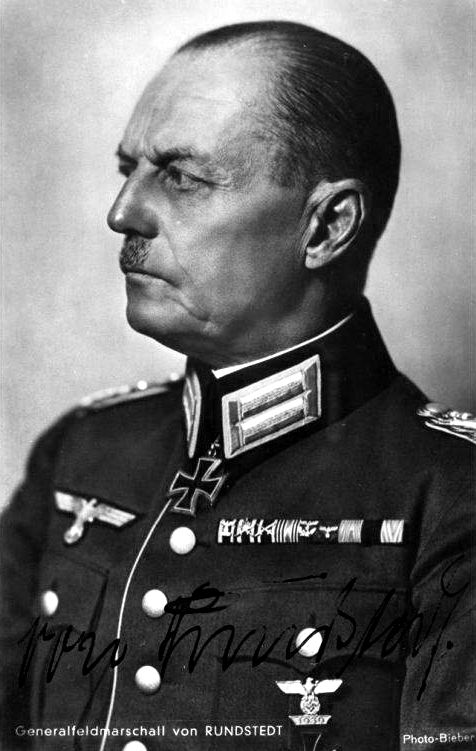 Karl Rudolf Gerd von Rundstedt (b. 12 December 1875 in Aschersleben near Magdeburg, Province of Saxony; d. 24 February 1953 in Hannover) was a German officer of the Prussian Army, the Imperial German Army, the Reichswehr and the Wehrmacht, finally Generalfeldmarschall during World War II and Recipient of the Knight's Cross of the Iron Cross with Oak Leaves and Swords. Leftist Wikipedia dislikes von Rundstedt for his Clean Wehrmacht views and for being released, among other attacks alleging supposed guilt by association with Erich von Manstein, a German officer with similar postwar circumstances. 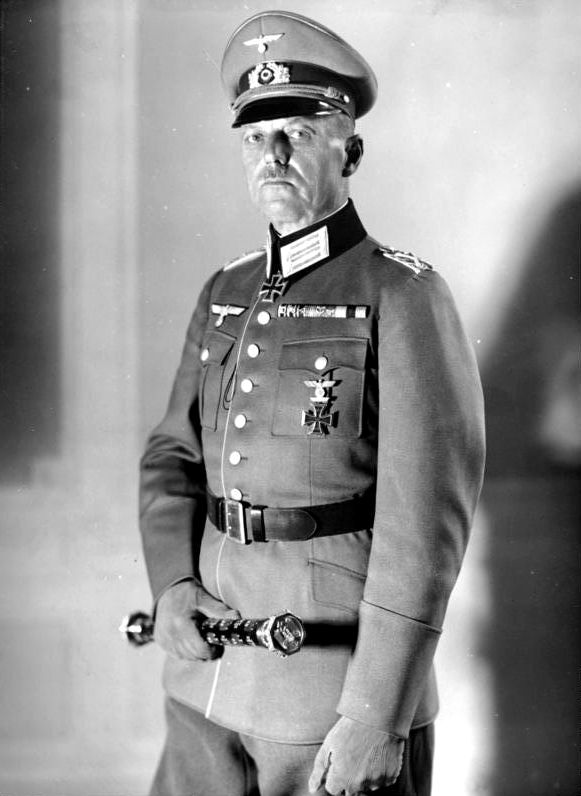 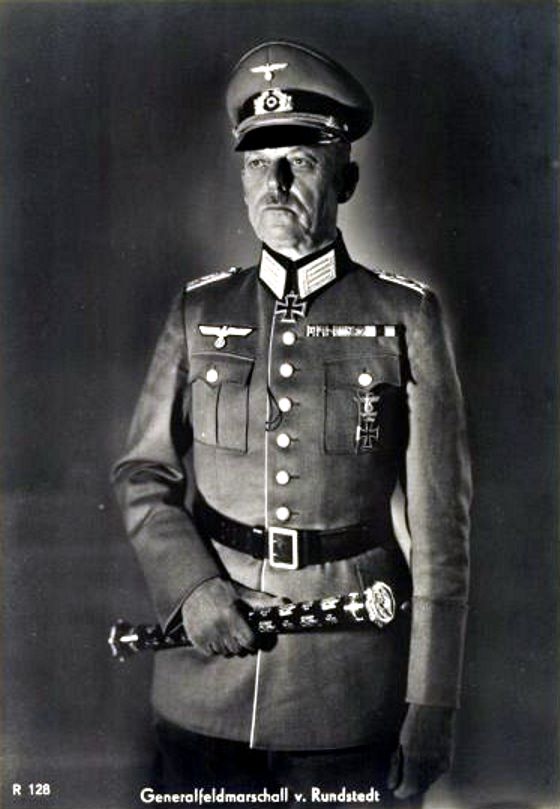 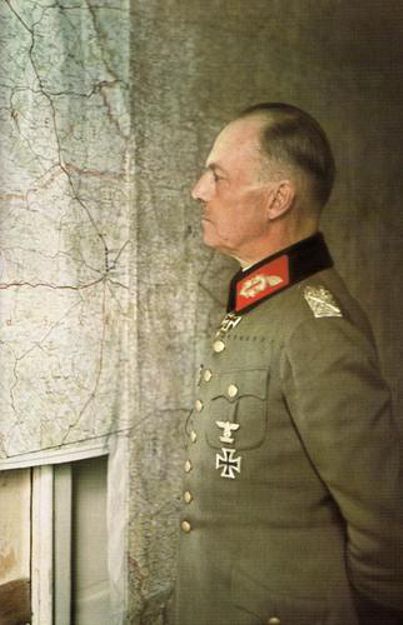 Born in 1875, in Saxony to a well to due Prussian family, after cadet school he joined the Prussian Army on 22 March 1892 and served in the Infanterie-Regiment „von Wittich“ (3. Kurhessisches) Nr. 83 in Kassel. Von Rundstedt served in the First World War and by wars end had obtained the rank of Major and Chief of Staff, commanding his division. The following 20 years, he stayed involved in the military and in September 1939, he was enlisted to command Army Group South (Heeresgruppe Süd) during the Invasion of Poland and afterwards, the Invasion of France.

By early 1940, von Rundstedt was in command of roughly 7 Panzer Divisions, 3 motorized infantry divisions and 35 General Infantry units. It was around late 1940, he was promoted to Generalfeldmarschall and was given the tasks of building up coastal fortifications in the Netherlands, Belgium and France. During Operation Barbarossa, he led Army Group South with its 52 Infantry Divisions and 5 Panzer Divisions in the Soviet Union and was instrumental in the overtaking of Kiev, which during this time Army Group South captured 695,000 Russian POW's. In late 1941 he suffered a heart attack and refused to be relieved of command, an action which prompted Hitler to replace him with General Walter von Reichenau.

After being relieved in the Eastern Front he was once again sent to the West as commander-in-chief (Oberbefehlshabers West), where he remained until the invasion of Normandy in 1944 being succeded by Generalfeldmarschall Hans Günther von Kluge. After the July 20 Plot to assassinate Hitler, in which von Rundstedt became furious, he joined the Army Court of Honour (Ehrengericht or Ehrenhof des Deutschen Reiches), which was responsable in expelling hundreds of officers deemed to be opposed to Hitler. Some of those expelled were executed.

Generalfeldmarschall von Rundstedt returned to Germany, where he died in Hanover in 1953. He was laid out in full uniform at the wake, over 2,000 mourners arrived from at home and abroad. He was buried in the grave of his beloved wife "Bila" on the city ​​cemetery in Stöcken near Hannover.