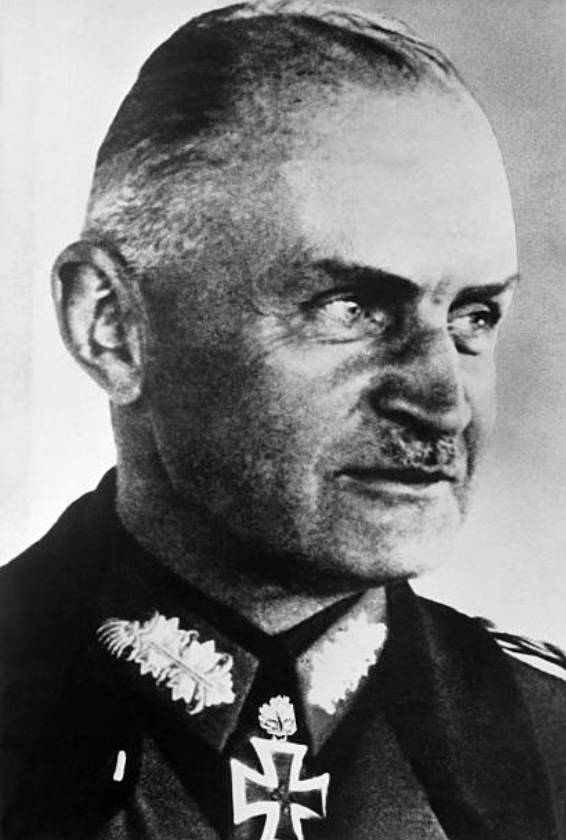 Johannes Albrecht Blaskowitz (b. 10 July 1883 in Paterswalde, Kreis Wehlau, East Prussia; d. 5 February 1948 in Nuremberg) was a German officer of the Prussian Army, the Imperial German Army, the Reichswehr and the Wehrmacht, finally Generaloberst (colonel general), commander-in-chief (Oberbefehlshaber) of the 25th Army (25. Armee) from 7 April 1945 until 6 May 1945 and commander-in-chief of the fortress Holland (Festung Holland) as well as recipient of the Knight's Cross of the Iron Cross with Oak Leaves and Swords in WWII. 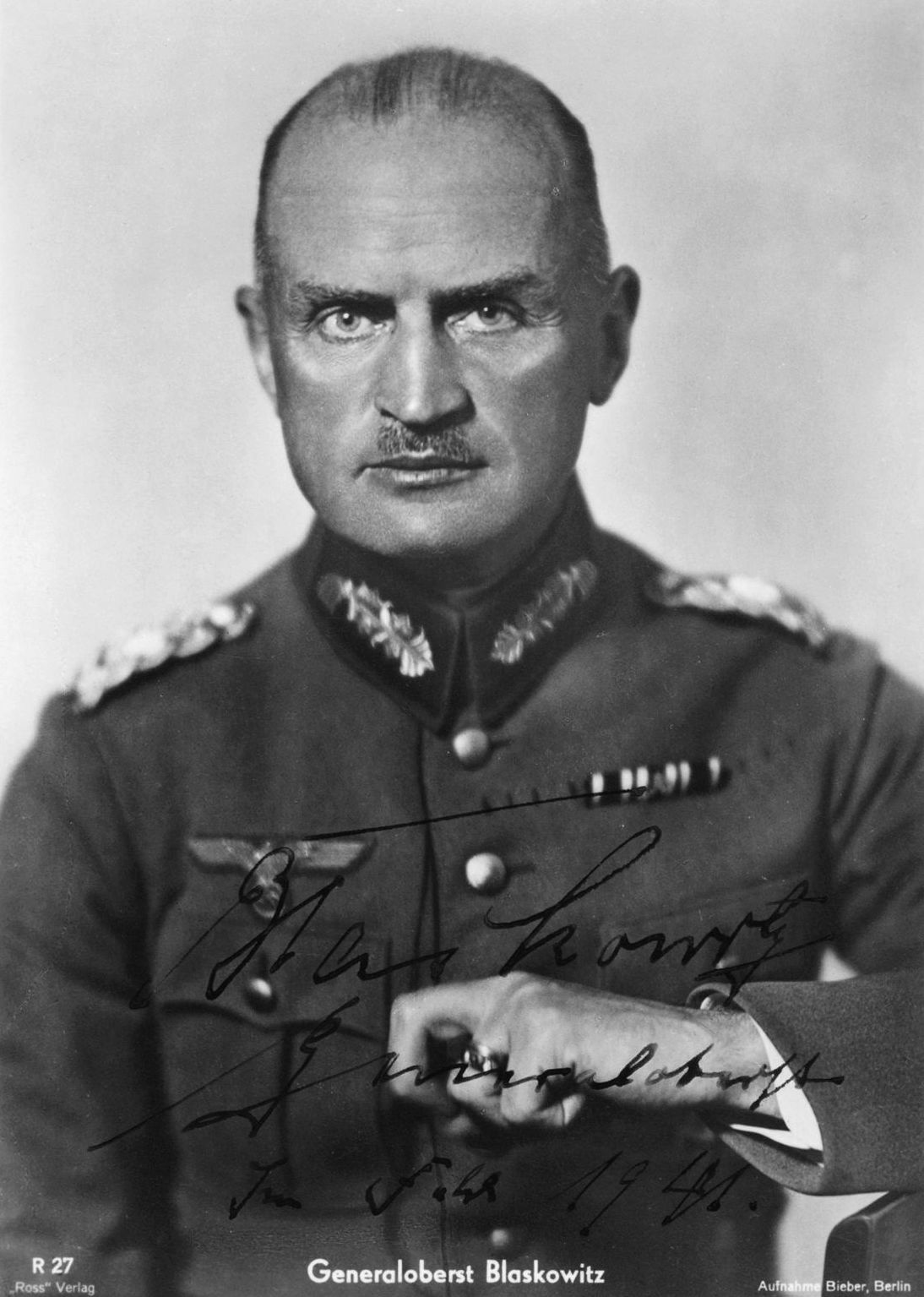 Johannes Blaskowitz was born on 10 July 1883, in Paterswalde, Kreis Wehlau (East Prussia). He was the son of Protestant pastor Hermann Adam Friedrich Blaskowitz (1848–1919) and his wife Marie, née Kuhn (d. 1886). Widower Pastor Blaskowitz married later Louise Steiner (d. 28 November 1927 in Walterkehmen), born in Görlitz. They had two children, so all together Johannes had eight siblings. In 1894, Blaskowitz joined cadet school at Köslin and also afterwards at Berlin Lichterfelde.[1]

On 2 March 1901, he started his military career as a Fähnrich in the Infanterie-Regiment „von Grolman“ (1. Posensches) Nr. 18 in East Prussian in Osterode, where he should serve the next 11 years. 1906 he married his beautiful and rich fiancée Anna Emilie Mathilde Riege (b. 27 September 1879 in Libau; d. 18 September 1950 in Bommelsen), they had a son and a daughter. Anna was actually originally engaged to Johannes' brother Leutnant Kurt Blaskowitz, who died on 4 November 1901 near Gumbinnen due to a duell with Oberleutnant Hildebrand.[2] 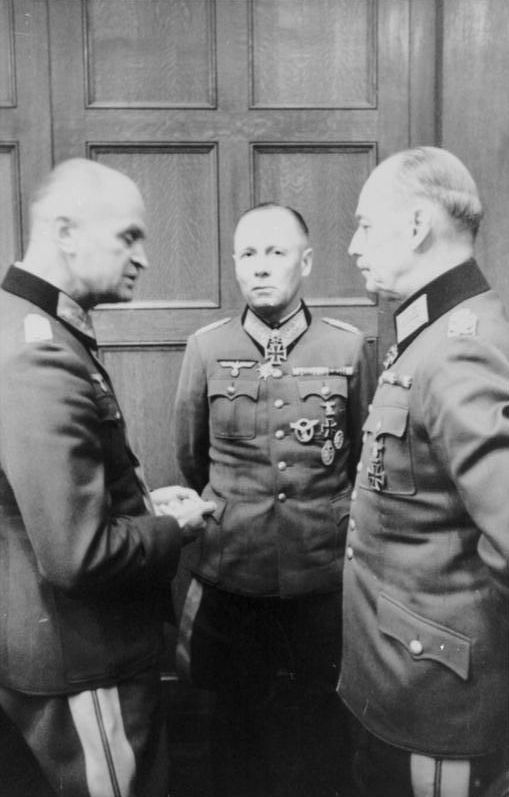 From left to right: Johannes Blaskowitz, Erwin Rommel and Gerd von Rundstedt in Paris, May 1944

Blaskowitz was commander-in-chief in Occupied Poland in 1939–1940 (thus before the claimed start of the Holocaust) During this period, he is claimed to have protested against claimed SS war crimes, such as by the Einsatzgruppen. Strangely, he continued to command Army Groups, was not part of the July 20 plot, and was not included in the large-scale SS repressions afterwards.

At the Nuremberg trials, he was charged with war crimes, allegedly ordering the execution of two deserters after the German surrender, despite his earlier alleged protests against war crimes by the SS. Allegedly, he committed suicide. Both the indictment and the alleged suicide have been considered a mystery by scholars ever since, because he was later acquitted on all counts and had been told to expect to be acquitted by his defense. He was buried in Bommelsen, Gemeinde Bomlitz, Landkreis Soltau-Fallingbostel.