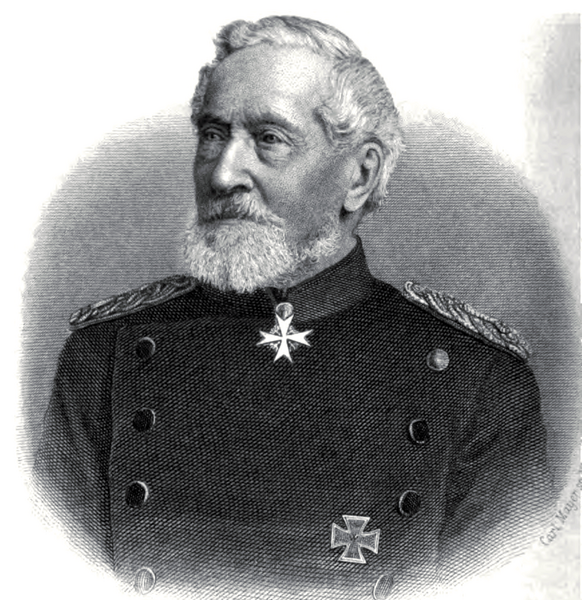 Karl Konstantin Albrecht Leonhard von Blumenthal auf Gottschalk und Donastedt, since 1883 Graf[1] von Blumenthal (b. 20 July 1810 in Schwedt an der Oder; d. 21 December 1900 on Estate Quellendorf by Köthen), was a German officer and Prussian Generalfeldmarschall, chiefly remembered for his decisive intervention at the Battle of Königgrätz in 1866 during the Austro-Prussian War, his victories at Wörth and Weissenburg, and above all his refusal in the Franco-Prussian War to bombard Paris in 1870 during the siege, which he directed.

His family held considerable estates in Pomerania and he grew up on his grandfather's estate at Reddentin, near Stolp.

He was noted (among others by the English journalist William Howard Russell[2] who followed him during the Franco-Prussian War) for his kindliness and sense of humour. Like the Crown Prince Frederick III, Helmuth von Moltke[3] and other key Prussian leaders, he had an English wife, Delicia Vyner and it was widely thought in conservative circles that this was the basis of a liberal Prussian clique. His least appreciated but arguably most important work was the development of the doctrine of Fire and Infiltration, the basis of Blitzkrieg. 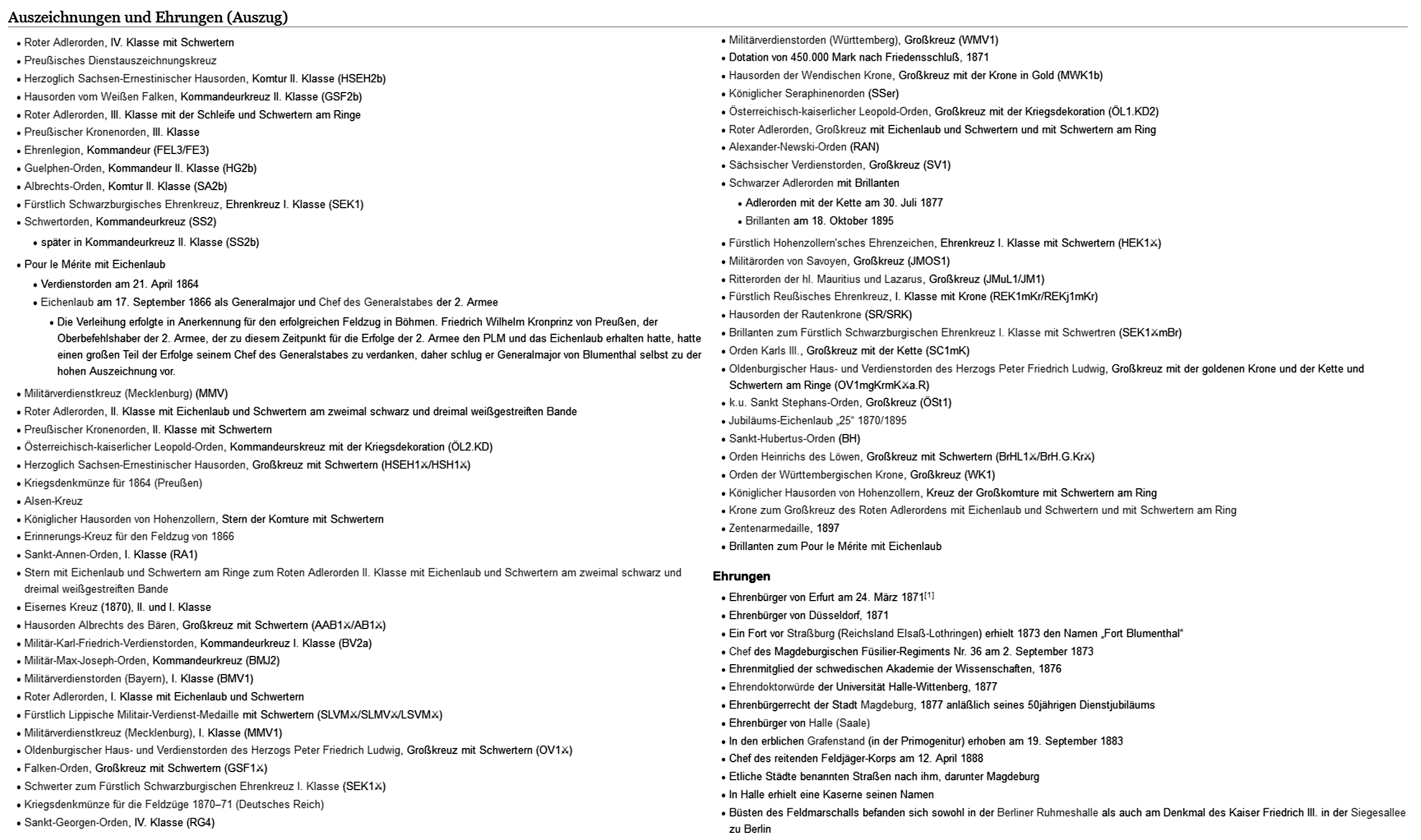 Awards, decorations and honors (in German)