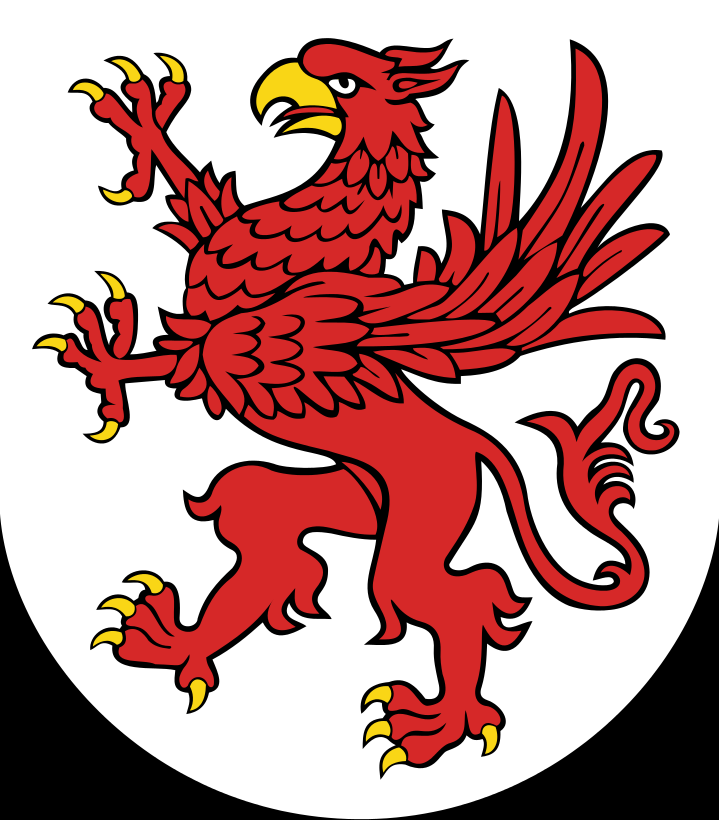 The Arms of Pomerania with the legendary griffin, or gryphon.

Pomerania (German: Pommern, Polish: Pomorze, Kashubian: Pòmòrskô), is a historical region and former province of Germany on the south shore of the Baltic Sea. Today a minor part remains in Germany, with the bulk being under the occupation of Poland since May 1945, illegally awarded to them by the Soviet Union. Poland still argues that this was a decision of the Potsdam Conference but that is untrue. Byrnes wrote: "It is difficult to credit with good faith any person who asserts that Poland's western boundary was fixed by the conference, or that there was a promise that it would be established at some particular place."[1]

The indigenous German population were raped, murdered and expelled[2][3][4] and replaced by imported Poles from central and eastern Poland. It has never been ethnically Polish although anciently Poland invaded at least twice before being ejected.

Pomerania stretches roughly from the Recknitz River near Stralsund in the West, via the Oder River delta near Stettin, to the mouth of the Vistula River near Danzig in the East. It belongs to the lowlands of the great North European Plain. Outside the few urban centers, such as Kolberg and most notably Stettin and other metropolitan areas, the poor soil is mostly used as farmland, dotted with numerous lakes, forests, and small towns. Primary agriculture consists of raising livestock, forestry, fishery and the cultivation of cereals, sugar beets, and potatoes, although the agricultural produce is today a fraction of what it was before World War II.

Since the late 19th century, tourism became an important sector of the economy, primarily in the numerous seaside resorts along the coast. Of the limited industrial zones, notably the capital, Stettin, the most important products are ships, metal products, refined sugar, and paper.

Some Kashubians have always lived in the far east of the province, or more properly Pomerelia, and anciently Wends lived in scatted tribal groups across Pomerania.

Poland's second king, Boleslaw I 'the Brave' (r.992-1025) was expansionist and invaded Pomerania, defeating the indigenous Pomeranian tribes.[5] But following this conquest the Poles withdrew. However they returned under their Duke Boleslaw III 'the Wrymouth' (r.1102-38) who again invaded Pomerania, giving Poland a temporary coastline. But the division of loyalties among the several Polish princes brought on a long period of dynastic struggle, intrigue, and national weakness. Poland soon lost the by now largely Germanised Pomerania.[6]

By the 1300s Pomerania was ruled by the House of Svantibors, and in 1396 Duke Wratislav of Pomerania's son, Bogislav (renamed Erik), a nephew of Margareta, Queen of all Scandinavia at this time, was chosen by her to ascend the throne of Sweden.[7] 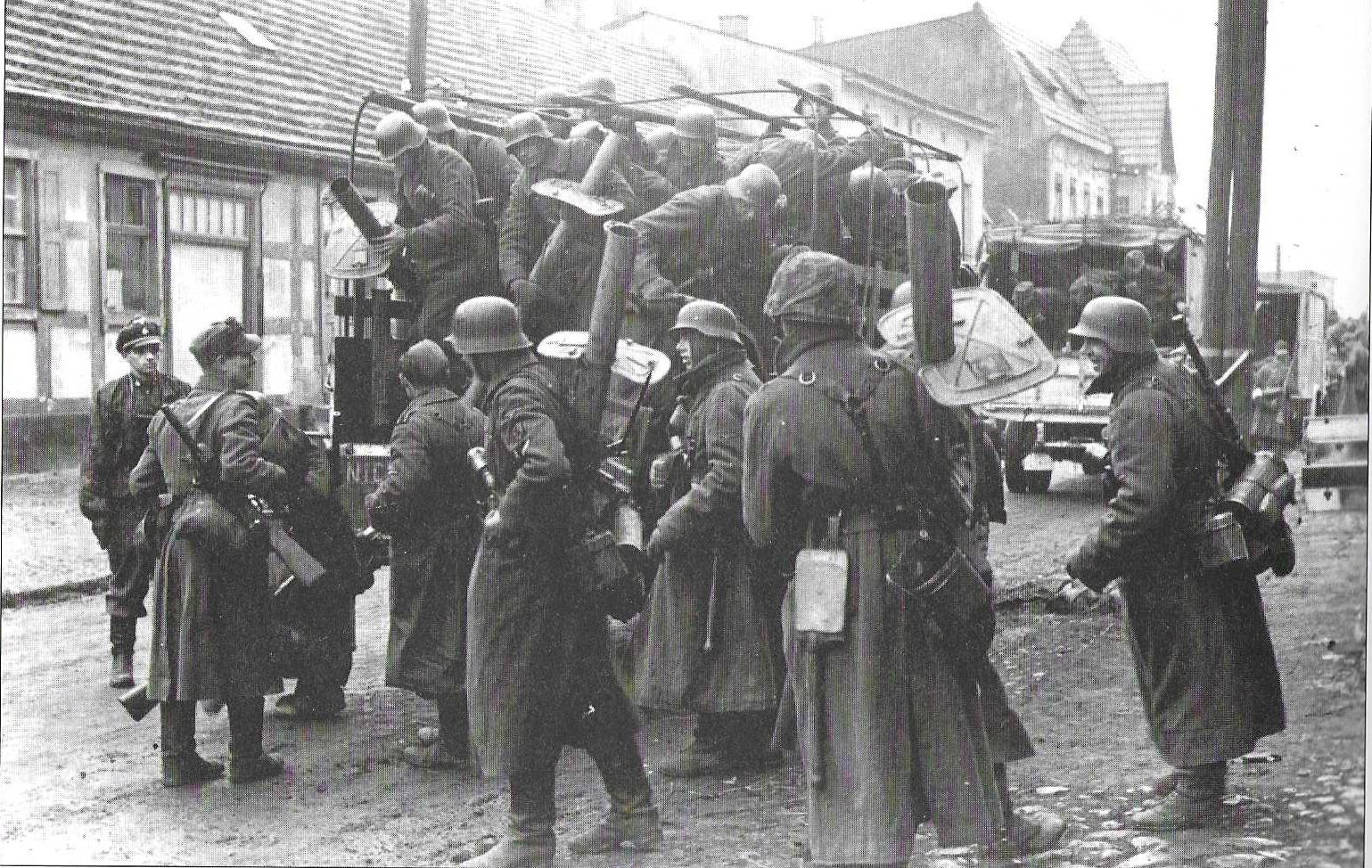 In 1529 Brandenburg had, by the Treaty of Grimnitz, secured the reversion to the Duchy of Pomerania after a series of conflicts, and by the Treaty of Stettin (1653) acquired all of the eastern part of Pomerania following the Peace of Westphalia. Sweden's defeat by Russia, Saxony, Denmark–Norway, Hanover, and Prussia, in the Great Northern War (1700–1721) marked the end of Swedish power on the southern shores of the Baltic Sea. In the course of the Siege of Stralsund (1711–1715)‎ in the Pomeranian campaign, and by the Prussian-Swedish Treaty of Stockholm (January 1720), Prussia now gained that part of Pomerania which had remained under Swedish sovereignty.

During the Napoleonic period the French Imperial Army marched across Pomerania met by fierce resistance from the Prussians, notably in the famous and successful defence in the 1807 siege of Kolberg.

It remained part of Prussia and Germany until Feb-Mar 1945 when it was invaded by the Red Army and subsequently fell into the Soviet Zone of Occupation following World War II.