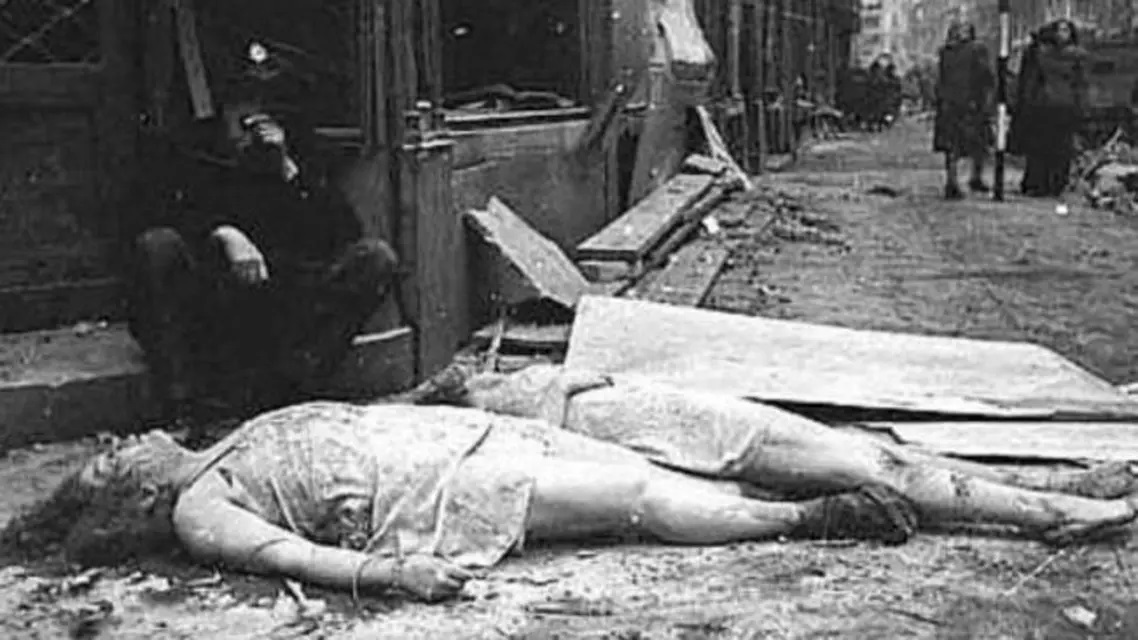 Women said to have been raped to death, or raped and then murdered by members of the Red Army in Berlin 1945.

As Allied troops invaded Germany in 1945 during the latter part of World War II, mass rapes took place, both during the invasion and the subsequent occupation that was to last many years. 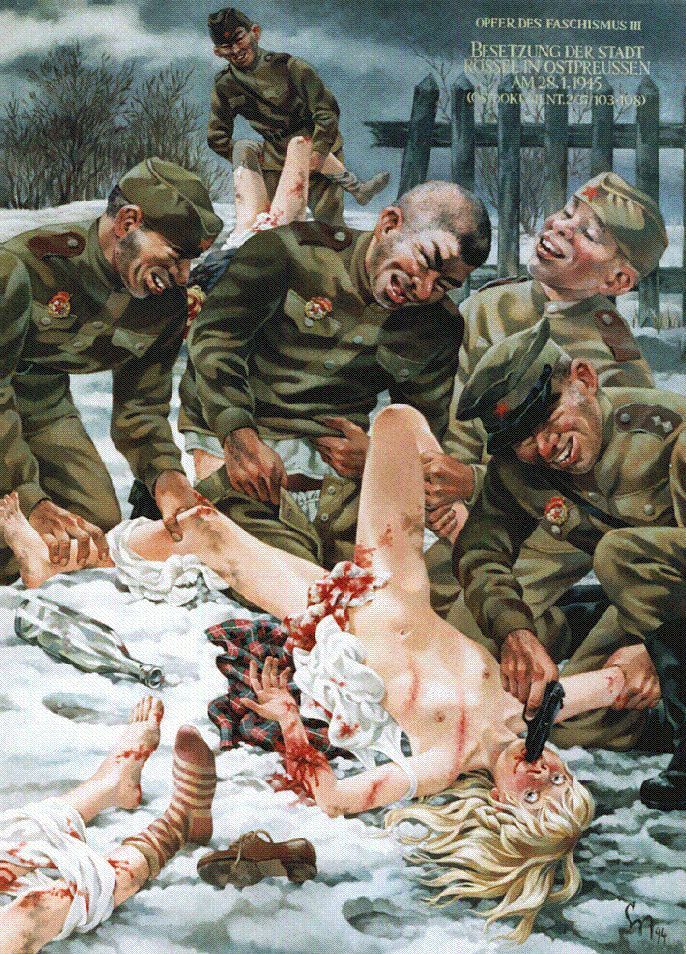 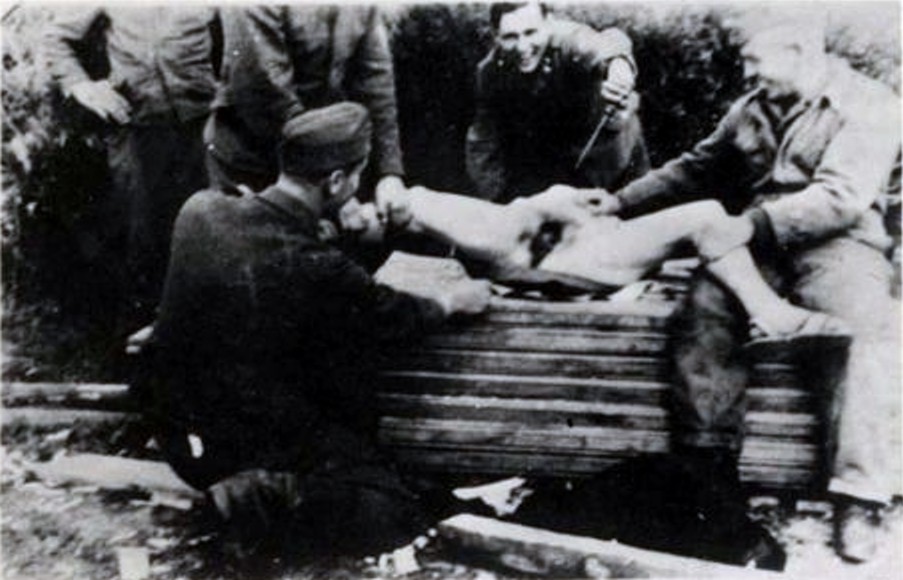 Most numerous and notorious were the rapes committed by Soviet forces. At least two million German women were said to have been raped, and a substantial minority, if not a majority, appear to have suffered multiple rapes including some who were literally raped to death.

Between the months of January and August of 1945, Germany saw the largest incident of mass rape known in history, where an estimated two million German women were raped by the Soviet Red Army soldiers, as written by Walter Zapotoczny Jr. in his book, ‘Beyond Duty: The Reason Some Soldiers Commit Atrocities’. Between the months of April and May, the German capital Berlin saw more than 100,000 rape cases according to hospital reports, while East Prussia, Pomerania and Silesia saw more than 1.4 million rape cases. Hospital reports also stated that abortion operations were being carried out daily across all German hospitals. Natalya Gesse, who was a Soviet war correspondent at the time, said that the Soviets didn’t care about the ages of their victims. “The Russian soldiers were raping every German female from eight to eighty. It was an army of rapists,” she said. This caused the deaths of no less than 200,000 girls and women due to the spread of diseases, especially that many eyewitnesses recounted victims being raped as much as 70 times in that period. Red Army soldiers would mass rape German women as a kind of revenge against their enemy: The German army. They felt that it was their earned right to do so as the German army had ‘violated’ their motherland by invading it. In addition to not being in contact with women for long periods causing their animal instinct to be heightened. “Our fellows were so sex-starved,” a Soviet major told a British journalist at the time, “that they often raped old women of sixty, seventy or even eighty - much to these grandmothers’ surprise, if not downright delight.” In his book, Zapotoczny said that even female Russian soldiers did not disapprove of the rapes, some finding it amusing. In 1948, rape cases decreased vastly after Soviet troops were ordered back to their camps in Russia and left residential areas in Germany.[3] 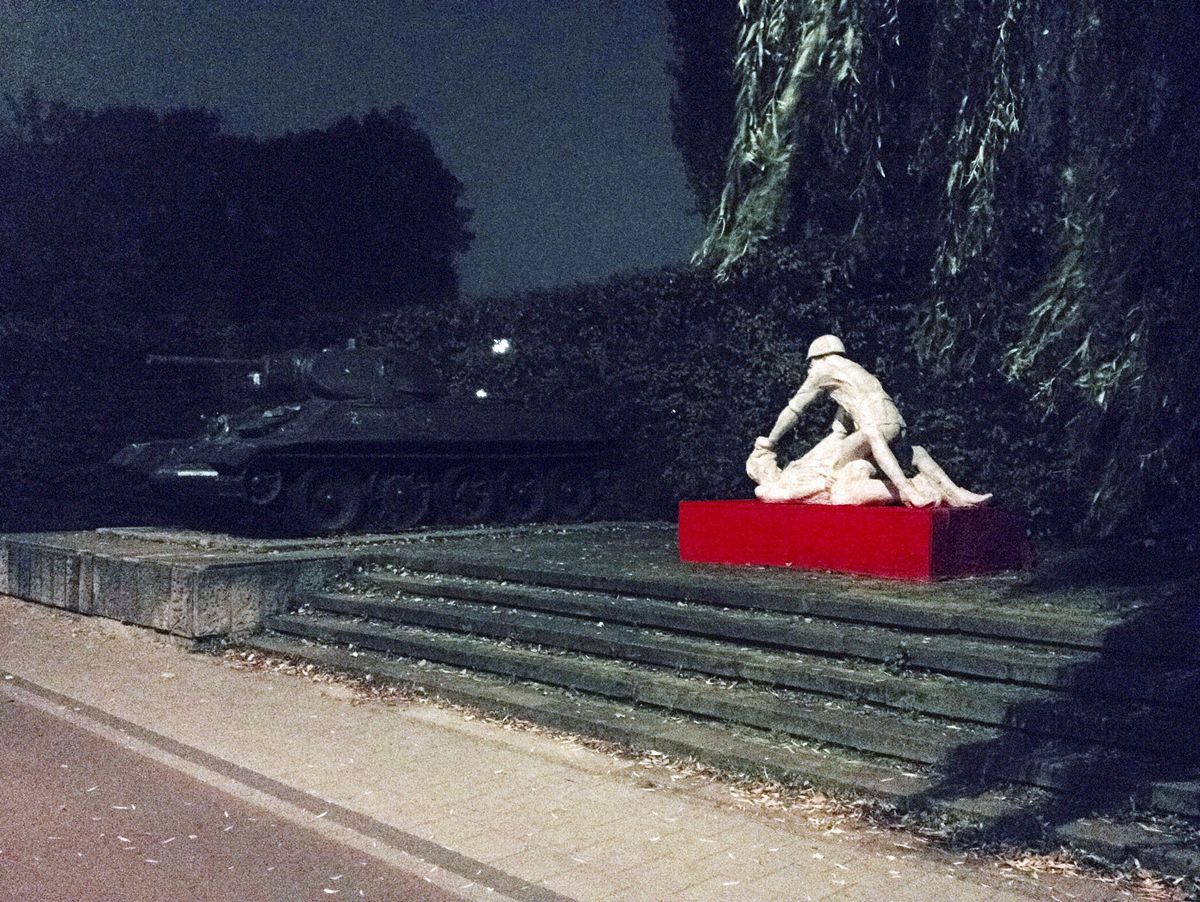 The statue in Danzig called "Komm, Frau" (come, woman or come here, woman) featuring a typical Soviet "liberating" soldier raping a pregnant woman. He is holding her hair in his left hand as he puts a pistol into her mouth with his right. It appeared on Gdansk's Avenue of Victory on 12 October 2013. The artist Jeremy Szumczyk was then 26-years-old and a student at Gdansk's Academy of Fine Arts. He said, he felt compelled to create the sculpture after reading about barbaric Red Army soldiers raping millions of women between 1944 and 1945.

The fifth-year student at Gdansk's Academy of Fine Arts was so emotionally affected by what he read he felt compelled to express his feelings through art and created the sculpture. But the Polish artist's attempt to pay tribute to the victims was short lived and the statue was removed this morning. Police spokeswoman Aleksandra Siewert said: 'The artist was detained and released after questioning. 'The matter will now be taken up on Monday by the prosecutor's office.' Before Germany invaded Poland in 1939, Gdansk was a free city and more than 95 per cent of people living in Gdansk at the time were German. But millions of German women were raped by Red Army soldiers between 1944 and 1945 during the dying days of Nazis Germany. Polish women and even Russian women released from captivity were also raped with numbers reaching 100,000. [...] The rape began as soon as the Red Army entered East Prussia in 1944. In many towns, every female between 10 and 89 was attacked. Soviet soldiers often carried out the assaults in front of their husbands and family as an added humiliation. A Red Army War Memorial in Berlin became known as the 'tomb of the unknown rapist'. Stalin explicitly condoned rape as a method of rewarding the soldiers and terrorising German civilians. His Police chief Lavrenti Beria was himself a serial rapist, a number of testimonies exist detailing how women and girls were grabbed off the streets and bundled into his limousine. It is believed that more than 100 school-aged girls and young women were drugged and raped by Beria who ran the NKVD, the feared forerunner to the KGB. The Red Army's atrocities against women in Dresden in the spring of 1945, a city that had already suffered heavily from Allied bombing, were carried out in a particularly sickening and systematic manner. Women were dragged out of their homes and raped in the street in front of their husbands who were forced to watch. Then more often than not the men were shot. As well as the estimated two million rapes in Germany, there were between 70,000 and 100,000 in Vienna and anywhere from 50,000 to 200,000 in Hungary, as well as thousands more in Romania, Bulgaria, Poland, Czechoslovakia and Yugoslavia. There are even accounts of women who had been liberated from concentration camps, emaciated and still wearing prison uniforms, being raped by Russian soldiers. Richard Evans, Professor of Modern History at Cambridge, wrote a book on the topic in which he recounts the extreme violence of many of the encounters. He wrote: 'Rape was often accompanied by torture and mutilation and frequently ends in the victim being shot or bludgeoned to death. The raging violence was undiscriminating.'[4]

Police removed the sculpture -- but the brave deed had already been done. According to the English-language Moscow Times, Russia's ambassador in Warsaw, Alexander Alexeyev, said he was "deeply outraged" and that Szumczyk had "defiled by his pseudo-art the memory of 600,000 Soviet servicemen who gave their lives in the fight for the freedom and the independence of Poland ." Alexeyev also called for an "appropriate reaction" from Polish authorities. The incident has stirred up much controversy in the media and on Internet forums. One person wrote that the sculpture is not an insult to Russian soldiers, but a silent scream of the victim. A proper memorial should be established, some added, perhaps at the Museum of World War II in Gdansk. In Russia, discussing the atrocious crimes of the Red Army against German women during and after World War II has remained largely taboo.