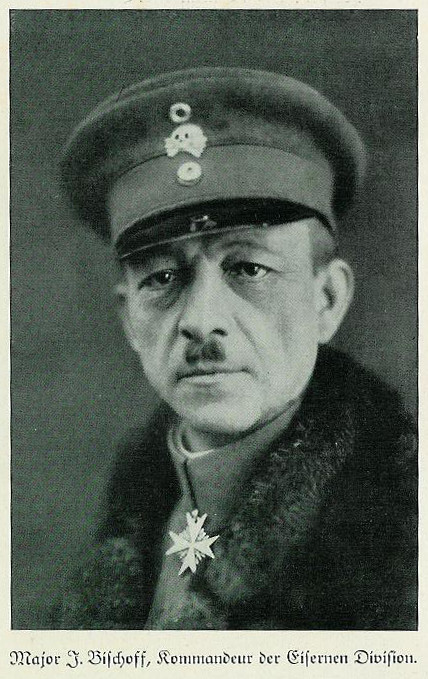 Josef Maximilian Johann Bonaventura Bischoff (b. 14 July 1872 in Langenbrück,[1] Silesia; d. 12 December 1948 in Berlin-Charlottenburg) was a German officer of the Prussian Army, the Schutztruppe (de), the Imperial German Army and the Freikorps. He became famous for his deeds on the Western Front and his leadership of the Iron Divison (Eiserne Division) and it's Baltic warriors (Baltikumkämpfer) against the Bolshevik terror in the east. 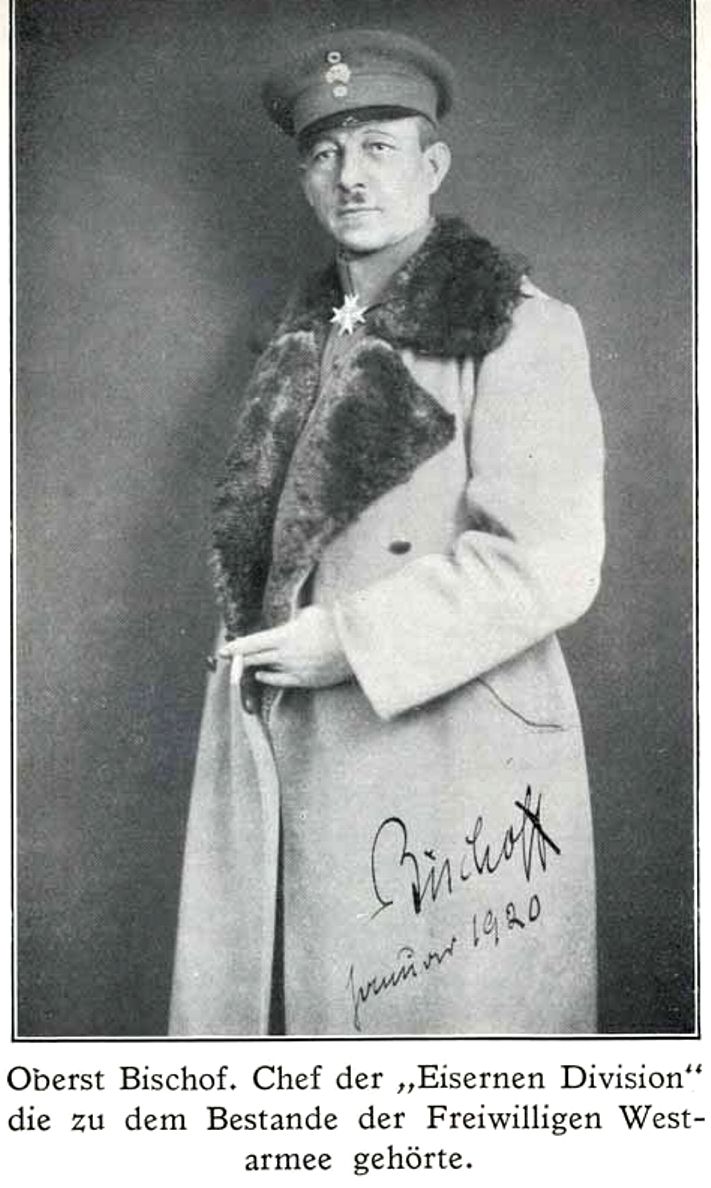 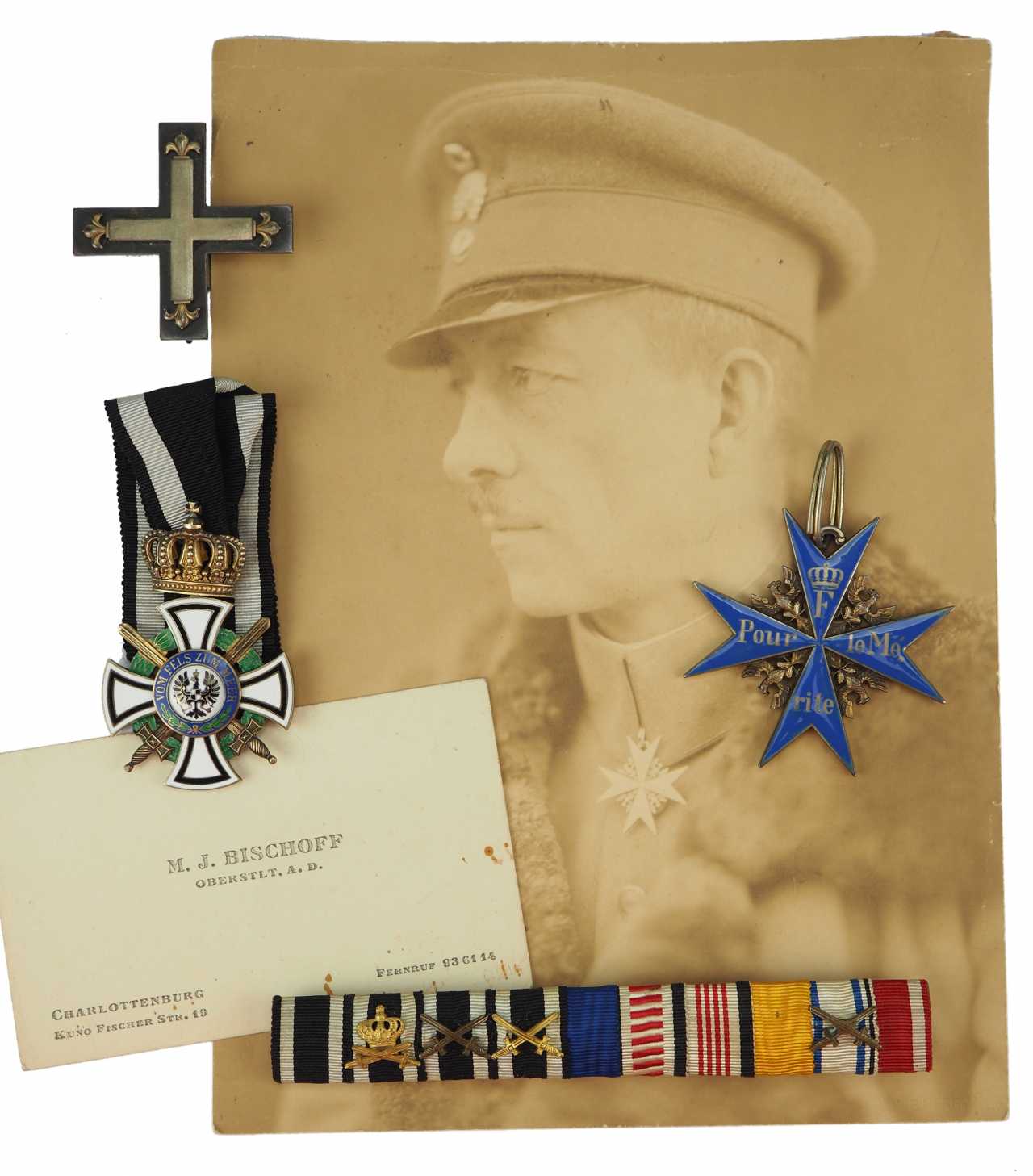 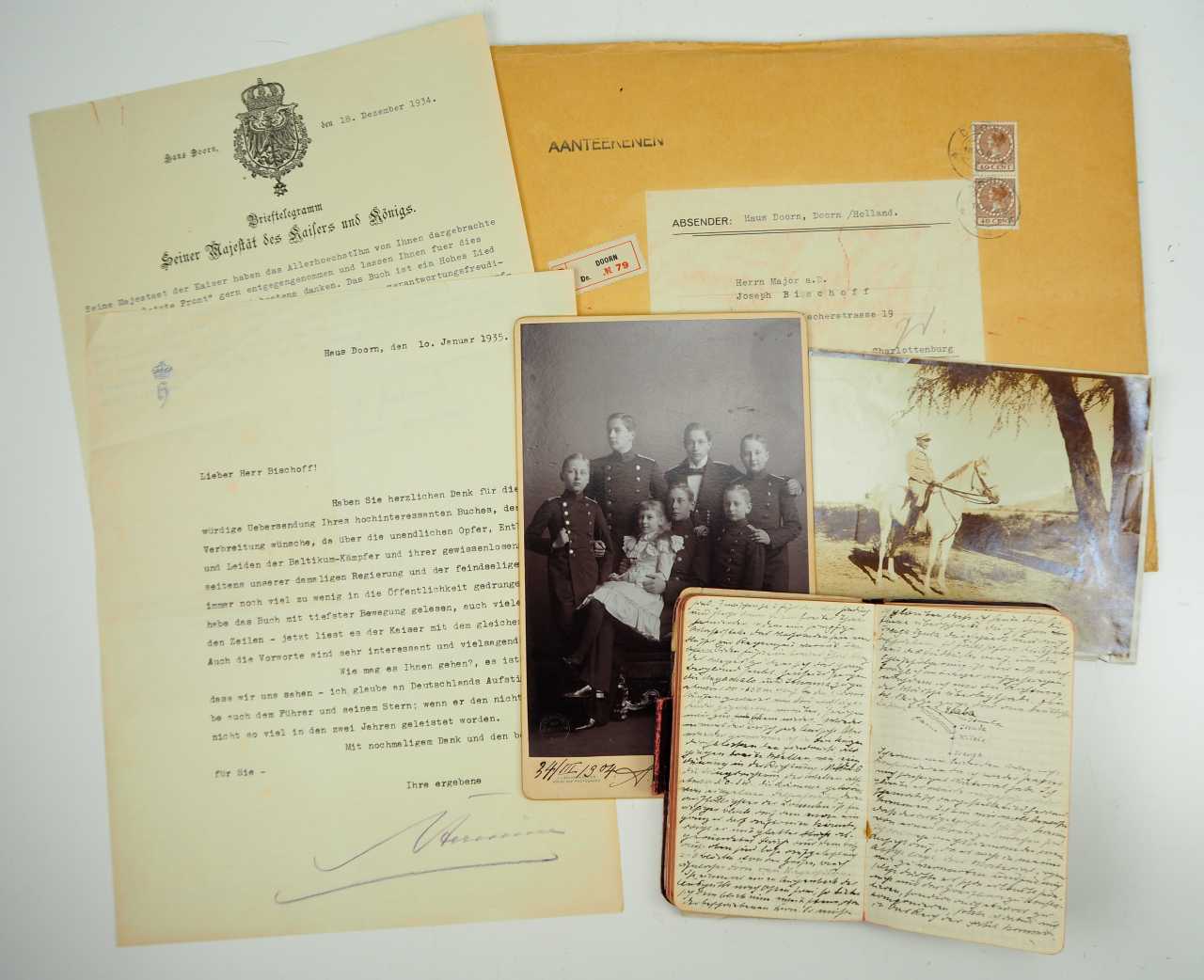 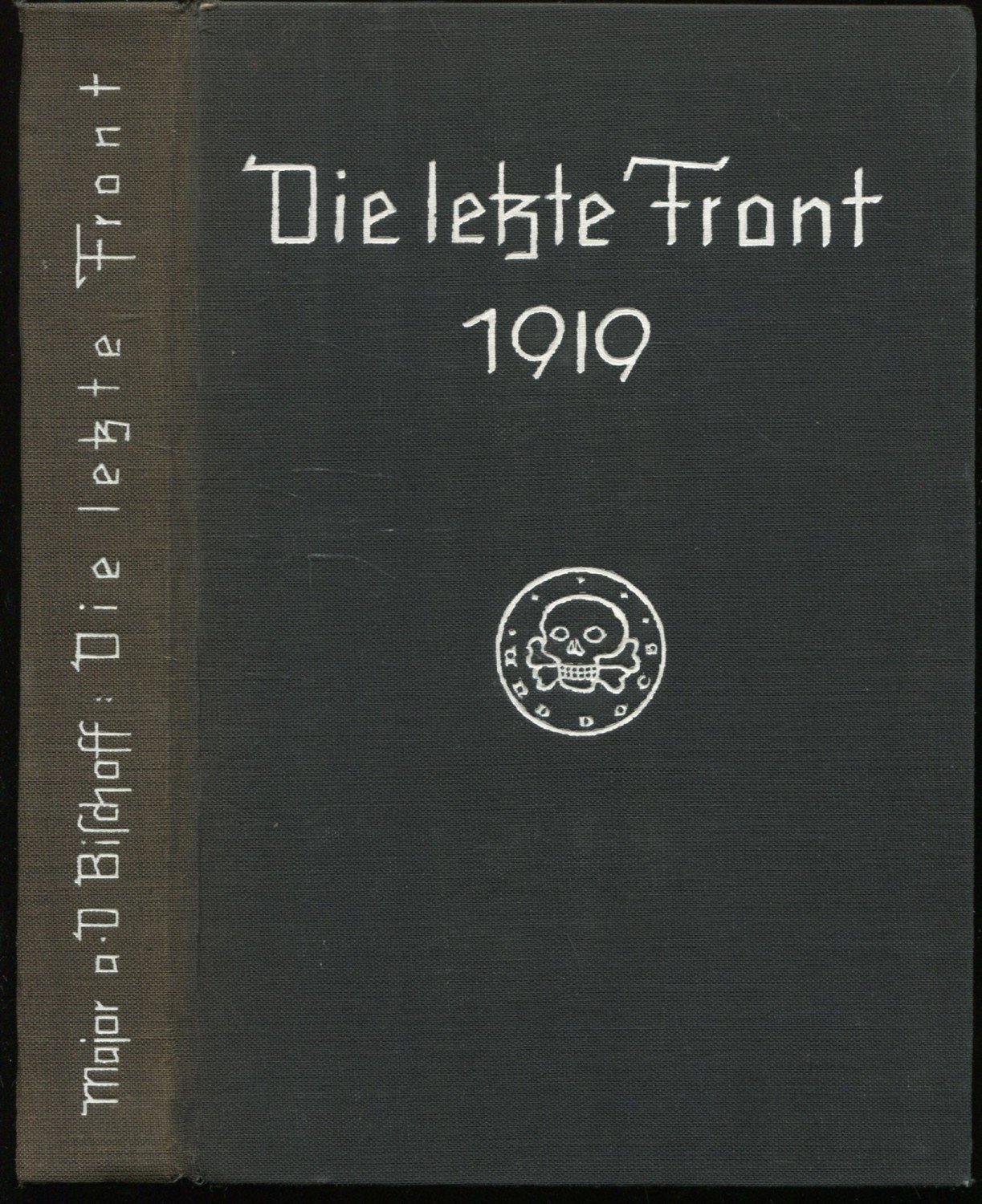 Josef Bischoff is one of the brightest figures in the history of German Freikorps, but he neither received a proper historical acknowledgment, nor got a romantic biography (like Albert Leo Schlageter). Major Bischoff’s career is a perfect example of the transformation path that Prussian officers of the last Kaiser’s generation took trying to surpass hierarchy, seniority and garrison boredom. Specific combination of personal qualities let him keep his head even through the critical first months of the revolution. He managed to unite detached Baltic volunteers into the literally Iron Division, cut short the panic and reconstruct the anti-Bolshevik front. As a talented field commander (Feldherr) he could neither accept that the capital was back to controlling power, nor give up the Baltic Freikorps’ ideals for a position at the Reichswehr of 100,000 members.

He was smart enough to understand that the old elite would prevent his career there and nevertheless was Prussian enough not to join any far-right group. His moment of glory was brief: in August 1919 he took the responsibility of calling German soldiers to refuse the evacuation order from Berlin and keep on fighting in Baltic region against everyone, if needed. He was subjected to the same suffering that committed to him soldiers and survived the grave withdrawal of the Bermontians. In 1935 he published “Die letzte Front” and could compete with Ernst Jünger for fame, but in the forming official version of history got the tiniest possible role. He survived the Second World War and was to see the new and even graver crush of German army and state.

When the German Army was disbanded after the Compiègne Armistice and the November Revolution, the Supreme Army Command entrusted Bischoff, as Colonel Friedrich Kumme's successor, with the command of a Freikorps formed from the remnants of the 8th Army and volunteers. It was first called the Iron Brigade (Eiserne Brigade or Totenkopf-Brigade), then the Iron Division (Eiserne Division) and was used in the Baltic states.

This was perhaps the best-known of the German Freikorps, which, despite defeat in the war, wanted to maintain German influence in the Baltic States. The Freikorps suffered from discipline problems, which Bischoff took harsh action against. Looters and marauders were executed after shortened and therefore often arbitrary court-martial proceedings, which, however, called for arbitrariness.

His Freikorps was partly recruited from Baltic Germans (Baltendeutsche) and from fighters from the core of the Reich, liberated Riga (together with the Baltische Landeswehr), waged a bitter war against the communists, including as part of the anti-Bolshevik West Russian Liberation Army (Westrussische Befreiungsarmee) under Pawel Michailowitsch Bermondt-Awaloff, de facto under Rüdiger von der Goltz, and resisted all orders to retreat to German territory to the end.

After the Iron Division was returned to East Prussia in December 1919, the criminal prosecution of Bischoff and other Freikorps leaders was lifted on 17 December 1919 by the Reich government. The members of the Iron Division were mainly housed in East Prussia and Pomerania on the estates of large landowners as farm workers' communities. Under the direction of a lieutenant von Borries, the Iron Division also operated an office in Berlin. Through Borries, Bischoff maintained contact with Captain Waldemar Pabst and the National Association, as well as with Hermann Ehrhardt.

Many from the Iron Division joined the Marine-Brigade Ehrhardt. After the beginning of the Kapp–Lüttwitz Putsch in March 1920, Bischoff published a call for the re-establishment of the "Iron Division" in the Ostpreussische Zeitung (DNVP). He apparently spent the last days of the putsch at the headquarters of the Roßbach regiment.