German South West Africa or GSWA (German: Deutsch-Südwestafrika, DSWA) was a colony of Germany from 1884 until 1915, when it was occupied by South Africa (as part of the British Empire) and administered as South West Africa, finally becoming Namibia in 1990. Many German names, buildings, and businesses still exist in the country, and about 30,000 people of German descent still live there. German is still widely used in Namibia, with the "Namibian Broadcasting Corporation" operating a German-language radio station and broadcasting television news bulletins in German, while the daily newspaper "Allgemeine Zeitung", founded in 1916, remains in publication. "Deukom", a satellite television service, offers television and radio channels from Germany. The "Deutsche Höhere Privatschule" (DHPS) is the elite Gymnasium in Windhuk (Windhoek). In addition, Lutheranism is the predominant Christian denomination in present-day Namibia. 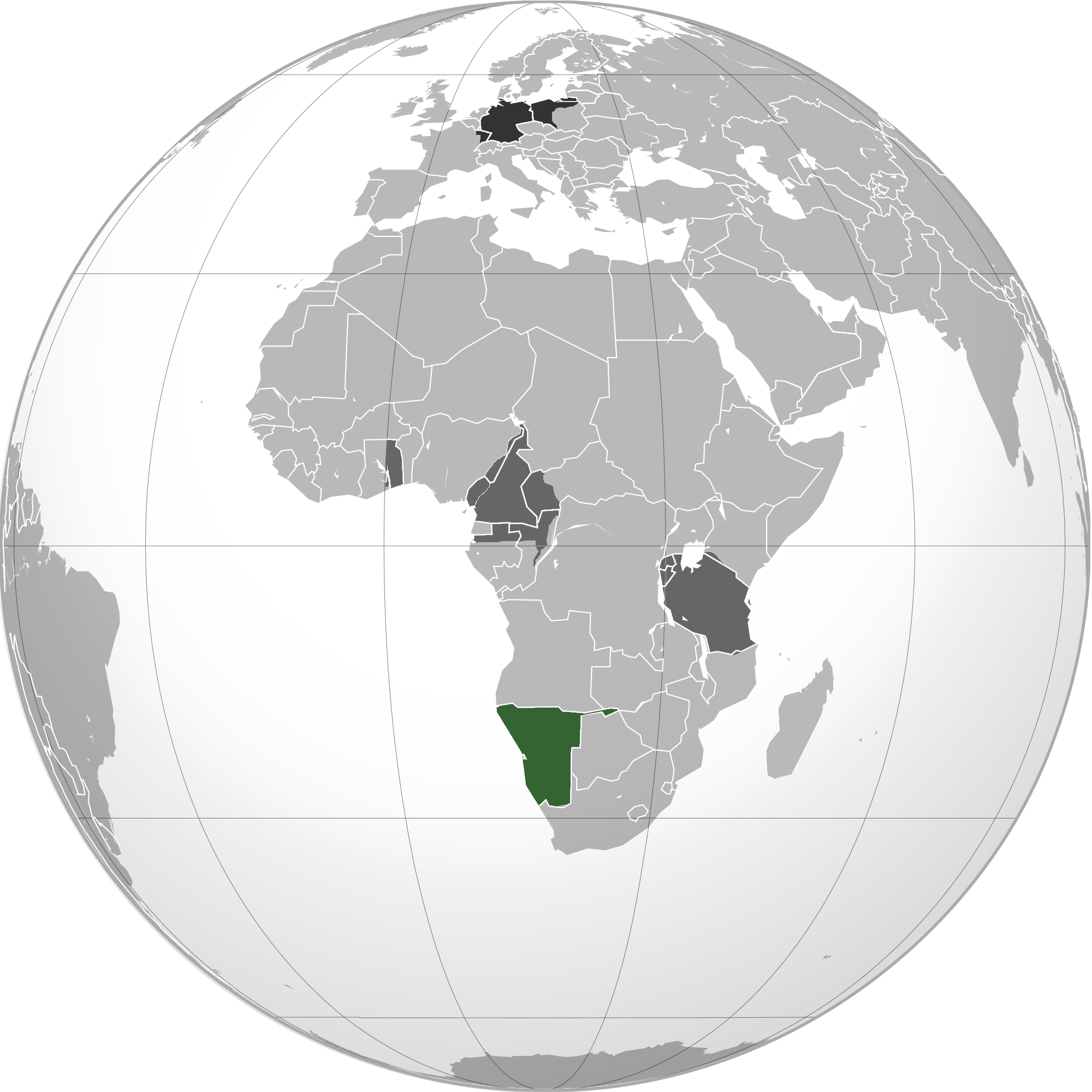 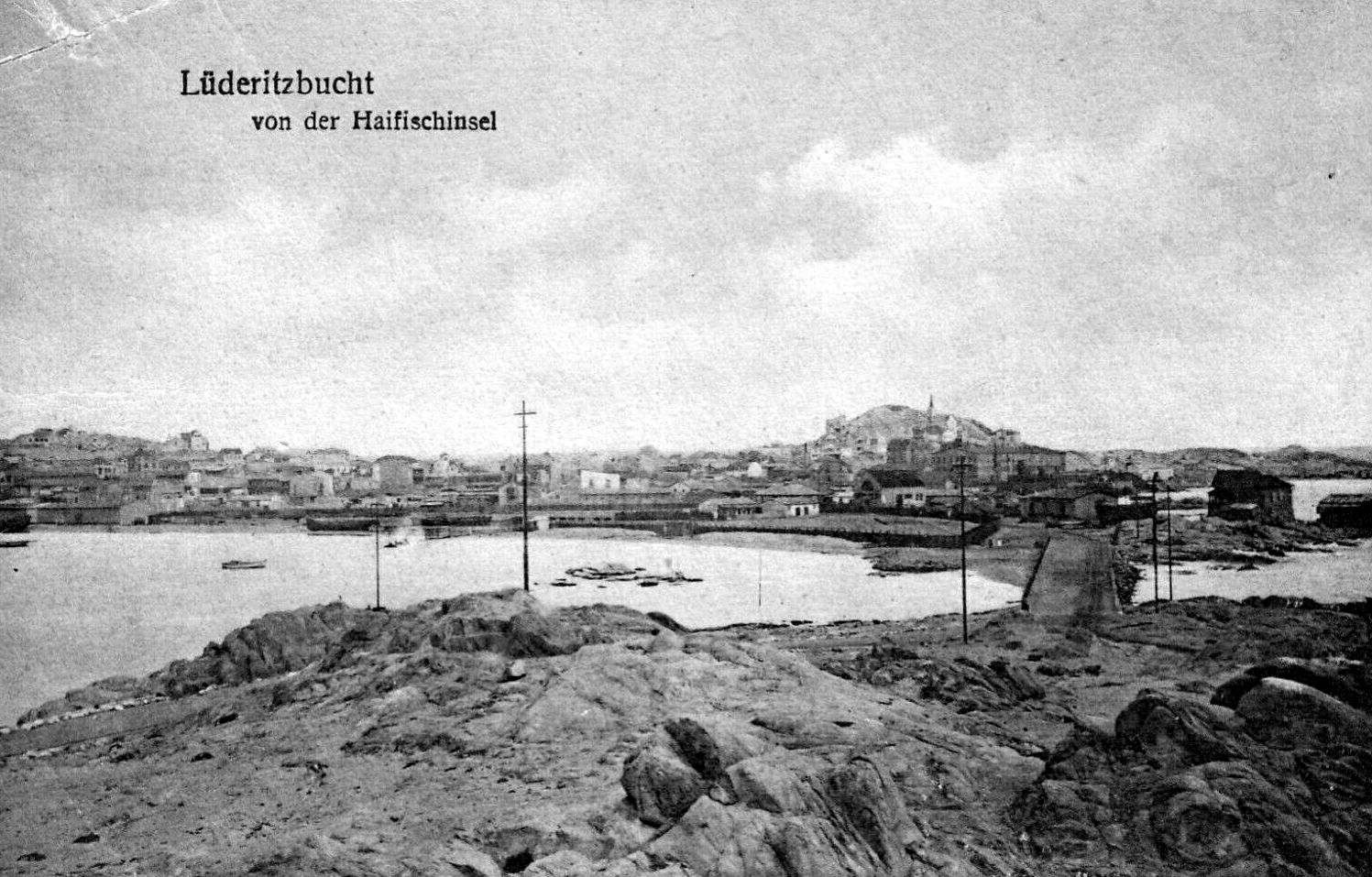 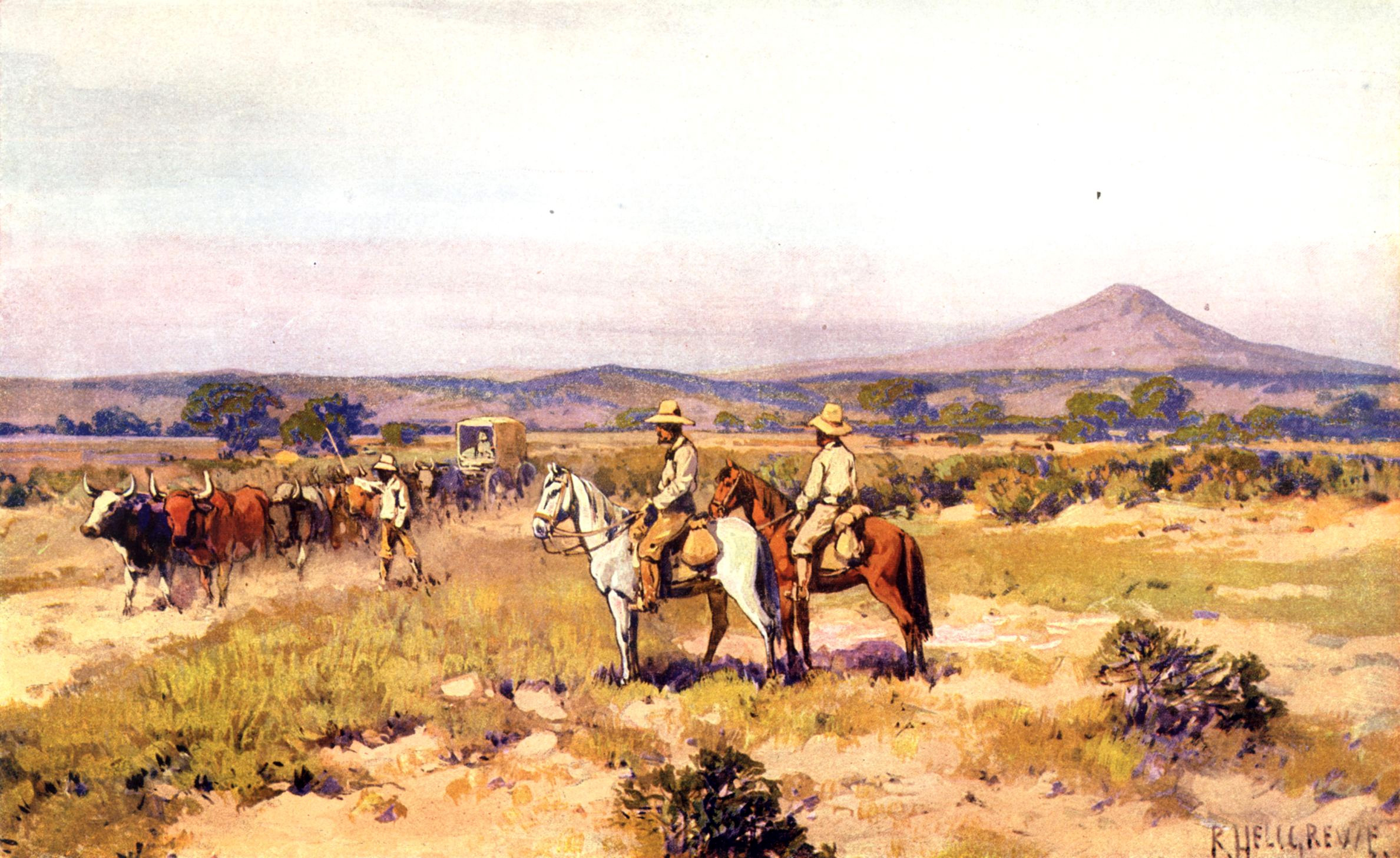 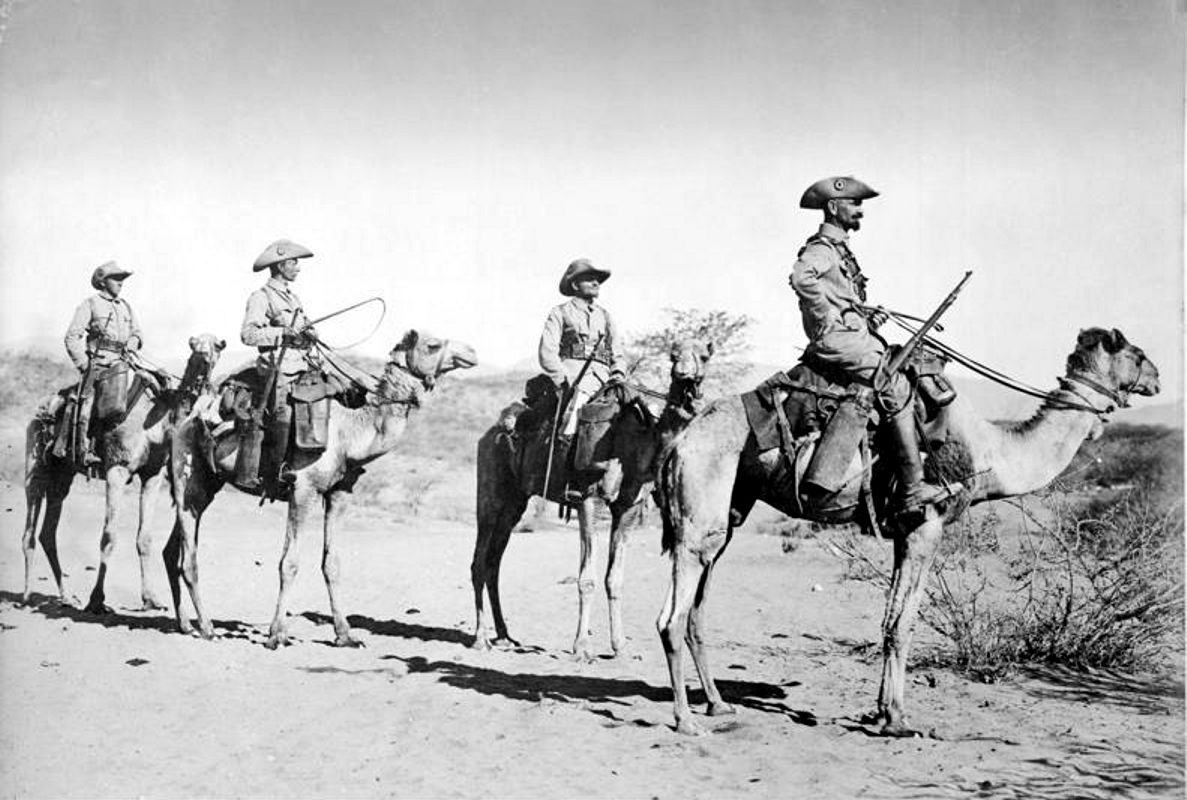 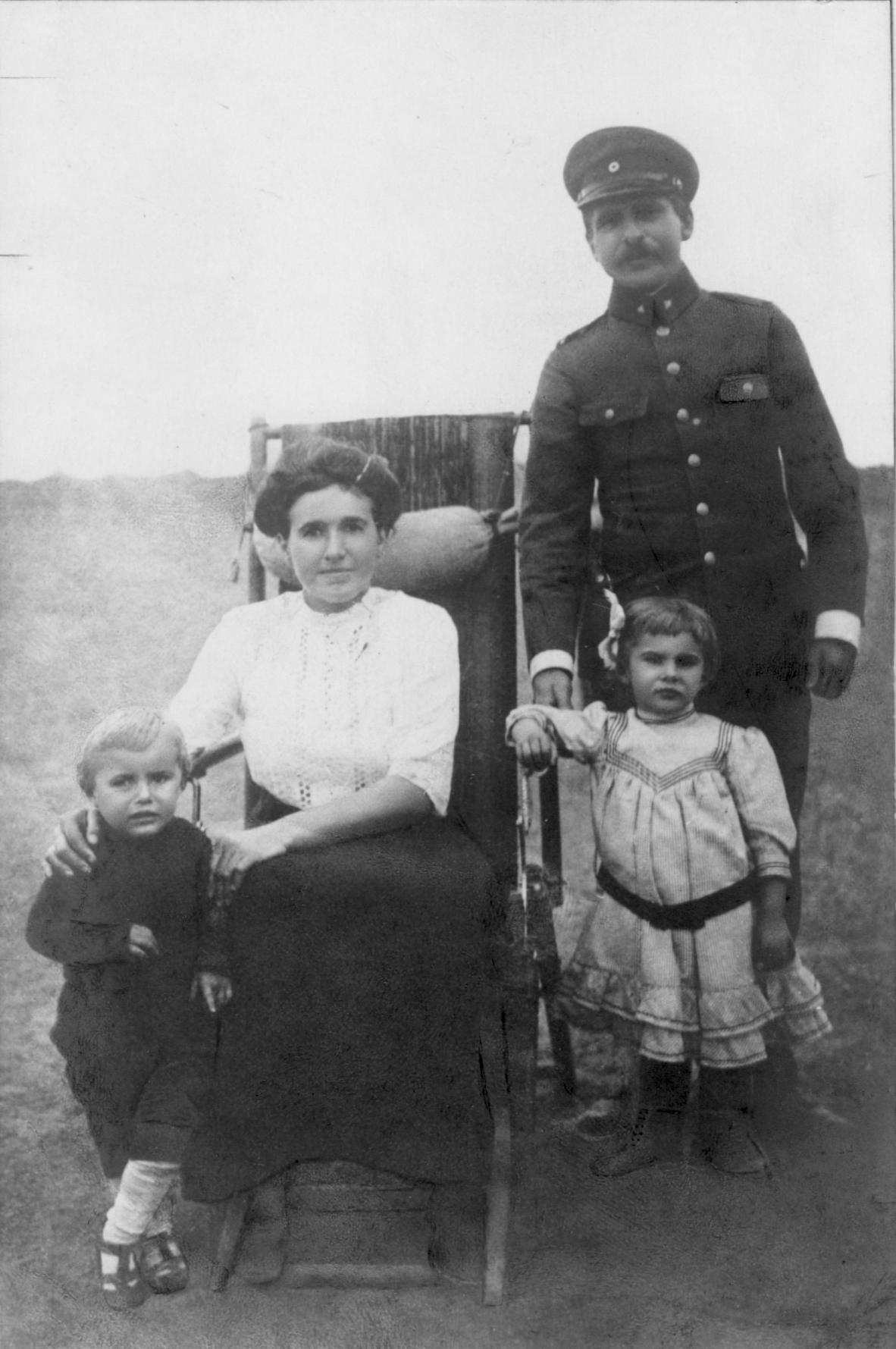 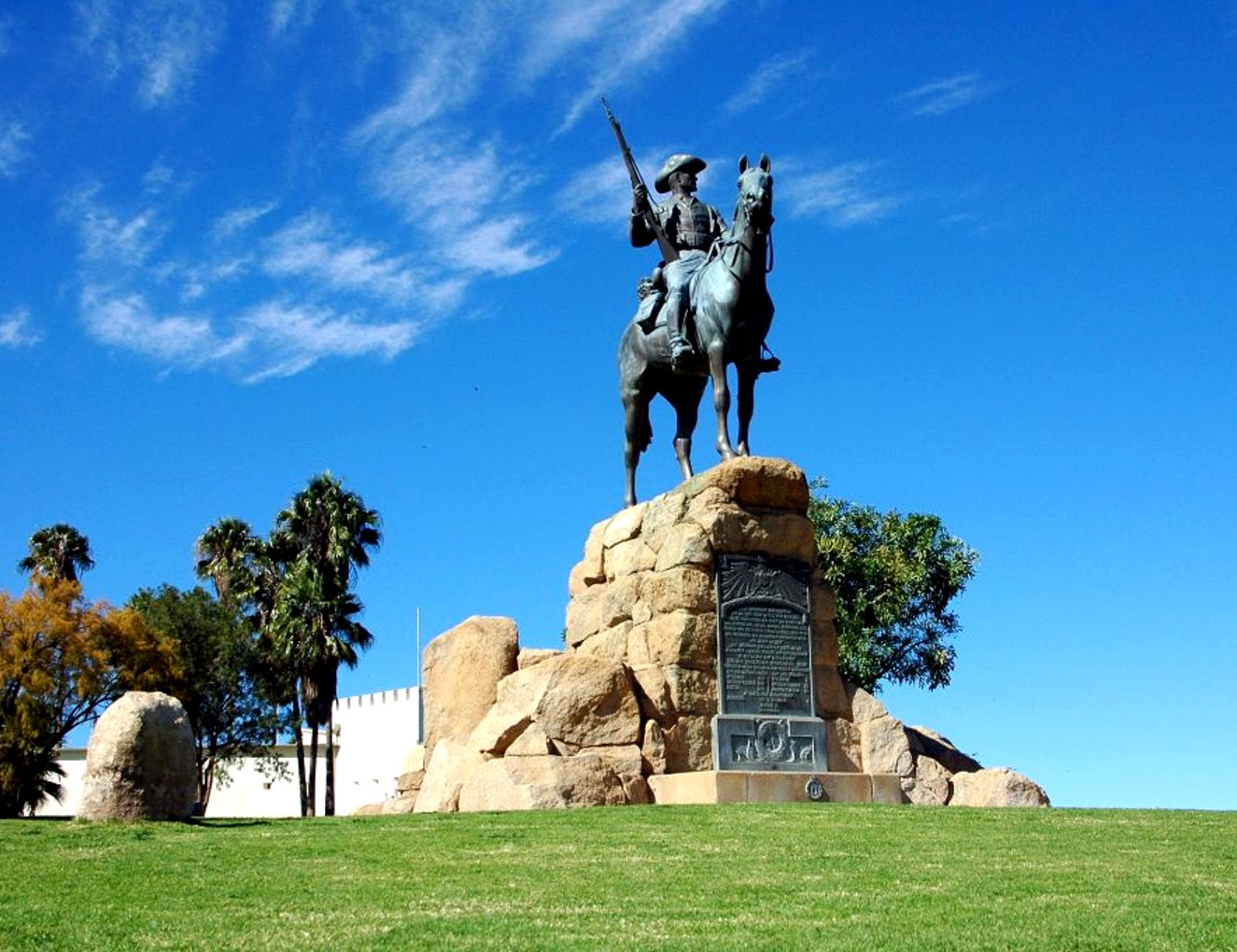 Initial European contact with the areas which would become German South-West Africa came from traders and sailors, starting in January 1486 when Diogo Cão, possibly accompanied by Martin Behaim, landed in what would become Namibia. However, for several centuries, European settlement would remain small and temporary. In February 1805, the London Missionary Society established a small mission in Blydeverwacht. The efforts of this group met with little success. In 1840 the London Missionary Society transferred all of its activities to the German Rhenish Missionary Society (German: Rheinische Missionsgesellschaft). Some of the first representatives of this organization were Prussian-German missionary and linguist Franz Heinrich Kleinschmidt (1812–1864), who arrived in October 1842, and Baltic German missionary and linguist Carl Hugo Hahn (1818–1895), who arrived in December 1842, naming the town, which would later be known as Windhuk, "Barmen". They began founding churches throughout what would become Namibia. The Rhenish missionaries had a significant impact initially on culture and dress, and then later on politics. During the same time that the Rhenish missionaries were active, merchants and farmers were establishing outposts.

On 16 November 1882, a merchant from Bremen, German Empire, Franz Adolf Eduard Lüderitz, requested protection for a station that he planned to build in South-West Africa, from Reichskanzler Otto von Bismarck. Once this was granted, his employee Heinrich Vogelsang purchased land from the native chief Kaptein Josef Frederick and established a city at Angra Pequena which was renamed Lüderitz. On 24 April 1884, he placed the area under the protection of Imperial Germany to deter British encroachment. In early 1884, the Kaiserliche Marine ship SMS "Nautilus" visited to review the situation. A favourable report from the government, and acquiescence from the British, resulted in a visit from the SMS "Leipzig" and SMS "Elisabeth".

The German flag (Reichsflagge) was finally raised in South West Africa on 7 August 1884. The German claims on this land were confirmed during the Berlin Conference of 1884–1885, also known as the Congo Conference (German: Kongokonferenz) or West Africa Conference (Westafrika-Konferenz), regulated European colonisation and trade in Africa. The conference was organized by Otto von Bismarck. Its outcome, the General Act of the Berlin Conference, can be seen as the formalisation of the Scramble for Africa. The conference contributed to ushering in a period of heightened colonial activity by European powers. Of the fourteen countries being represented, six of them – Austria-Hungary, Russia, Denmark, the Netherlands, Sweden–Norway, and the USA – came home without any formal possessions in Africa.

The company took over all of Lüderitz’ land and mining rights, following von Bismarck's policy that private rather than public money should be used to develop the colonies. In May 1885, Heinrich Ernst Göring was appointed Commissioner and established his administration at Otjimbingwe. Then, on 17 April 1886, a law creating the legal system of the colony was passed, creating a dual system with laws for Europeans and for natives. Lüderitz died in 1886 while on an expedition to the Orange River. In 1897, a contagious disease from South Africa, the Rinderpest, caused a loss of over 70 % of the animals in the area. The Herero moved towards the farms of the whites.

Over the next several years relations between the Germans and black natives continued to worsen. Additionally, the British settlement at Walvis Bay as well as numerous small farmers and missionaries were all involved in the area. A complex web of treaties, agreements and vendettas increased the unrest in the area. In 1888, the first group of Schutztruppen—colonial protectorate troops—arrived to protect the base at Otjimbingwe. The Schutztruppe detachment consisted of two officers, five non-commissioned officers, and 20 black soldiers (Reichsneger).

By the end of the year, the German commissioner Heinrich Ernst Göring was forced to flee to Walvis Bay after negotiations failed with a local tribe. Also, by the late 1880s, the South West Africa Company was nearly bankrupt and had to ask von Bismarck for help and additional troops. By 1890, the colony was declared a Crown Colony and additional troops were sent to the area. At the same time, the colony grew through the acquisition of the Caprivi Strip in the northeast, which promised new trade routes. This territory was acquired through the Heligoland-Zanzibar Treaty between Britain and Germany.

German South-West Africa was the only German colony where Germans settled in large numbers. German settlers were drawn to the colony by economic possibilities in diamond and copper mining, and especially farming. In 1902, the colony had 200,000 inhabitants, though only 2,595 were German, 1,354 were Afrikaner, and 452 were British. By 1914, 9,000 more German settlers had arrived. There were probably around 80,000 Herero, 60,000 Ovambo, and 10,000 Nama, who were referred to as Hottentots.