Richard Hermann Hildebrandt (b. 13 March 1897 in Worms, German Empire; d. 10 March 1951 in occupied Bromberg) was a German officer of the Imperial German Army and the Allgemeine SS, as well as the Waffen-SS, at last SS-Obergruppenführer, General der Polizei und General der Waffen-SS, but also member of the Reichstag. 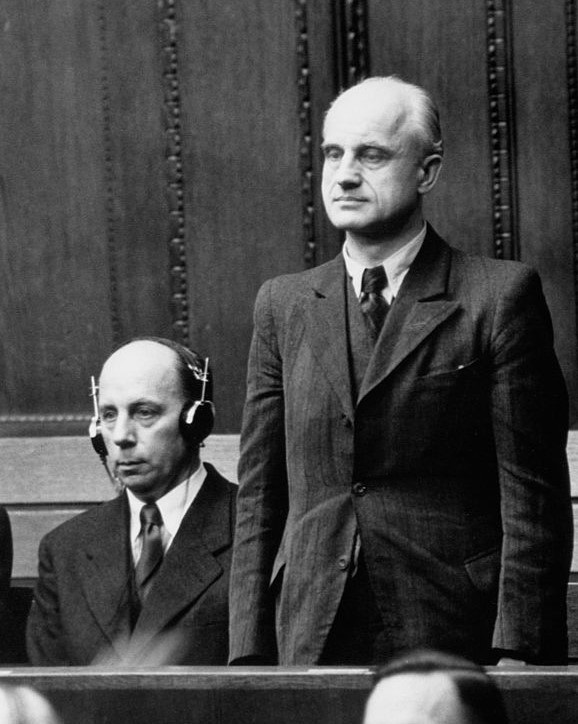 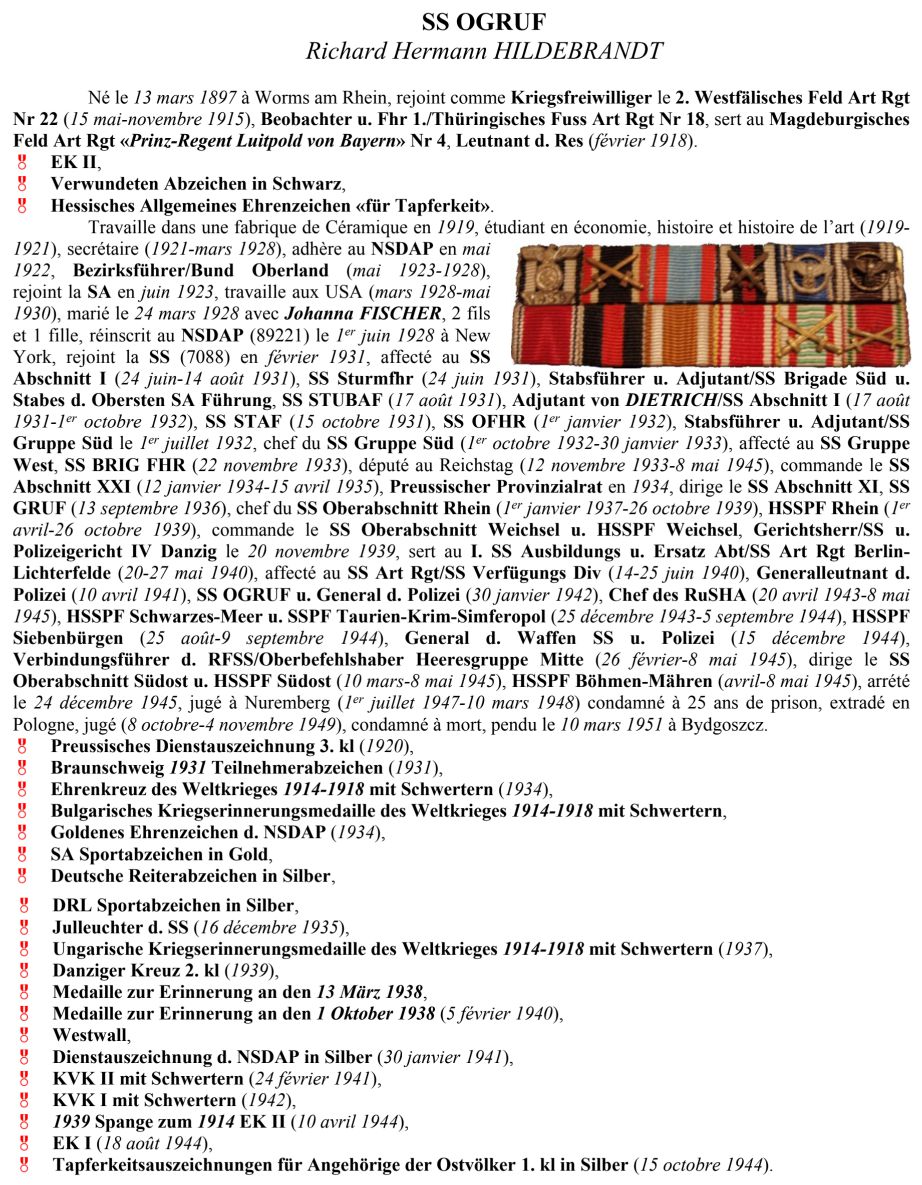 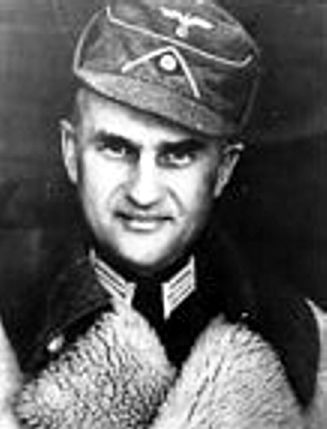 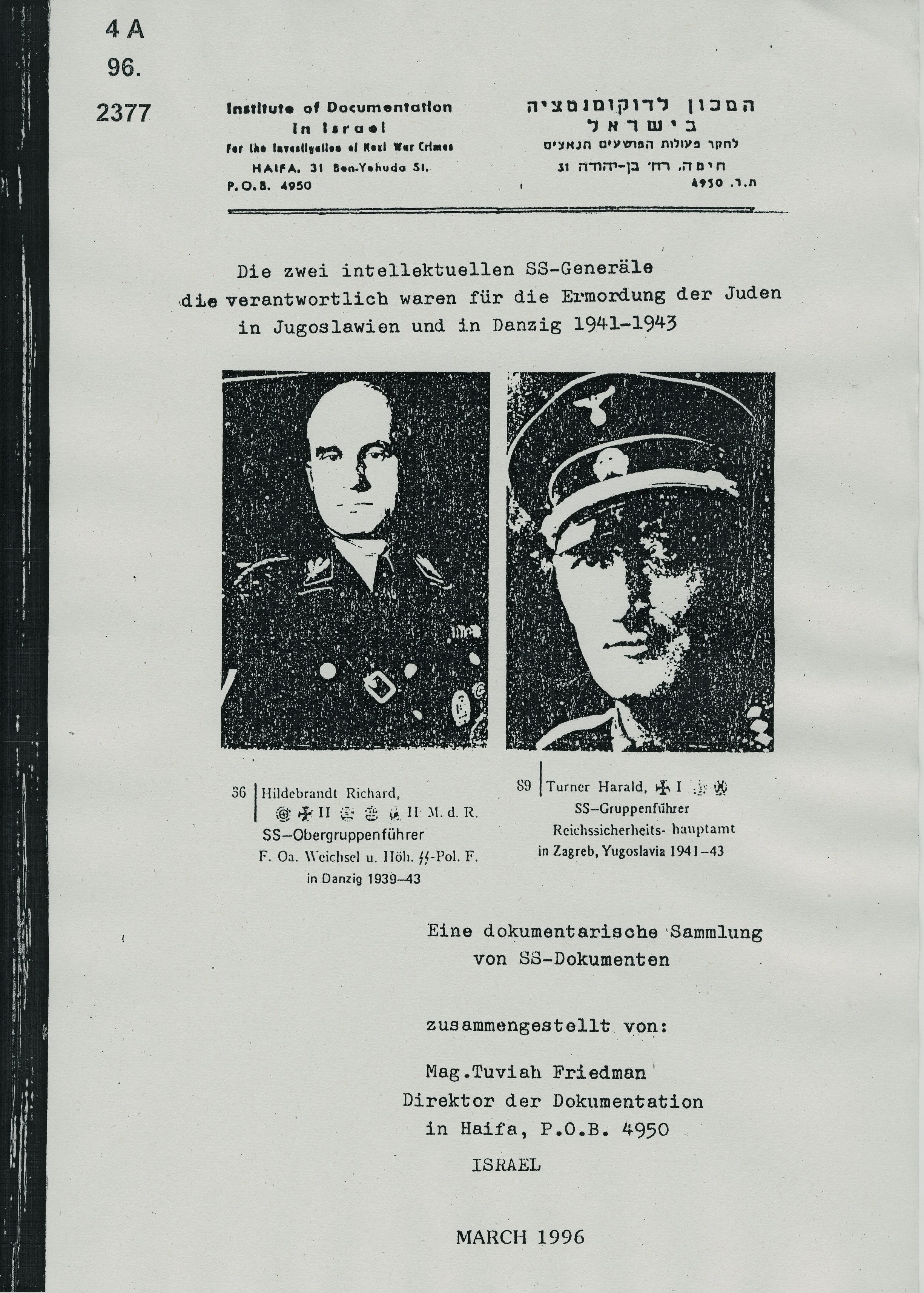 Richard was born the son of Albert Julius Hildebrandt (b. 1866 in St. Georgen-Bayreuth; d. 1939 in Windsheim) and his wife Margareta Christina, née Dos. His father was director and co-owner of the Keramitwerk founded in Holsterhausen in 1911, which was taken over by Röchling (Wetzlar) in 1914, converted into a steelworks and closed in the mid-1920s. Father Albert was Mayor in Windsheim from 1930 until 1933. Richard had five brothers: 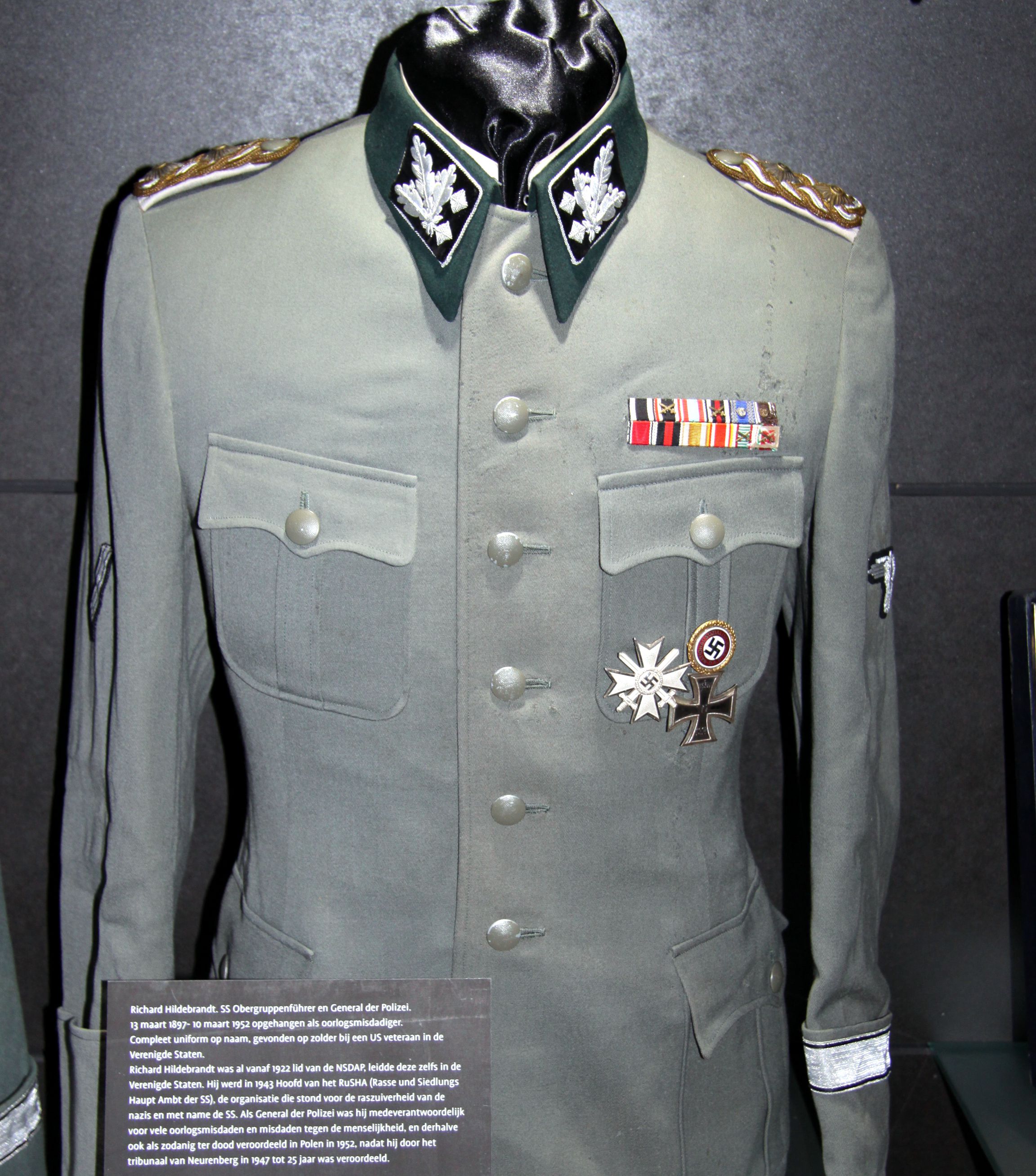