Julius Streicher (b. 12 February 1885 in Fleinhausen, Kingdom of Bavaria, German Empire; d. 16 October 1946 in Nuremberg, American Occupied Zone, Allied-occupied Germany) was a German teacher, officer and prominent National Socialist in Germany prior to and during World War II. He was the publisher Der Stürmer, a major newspaper within Germany. 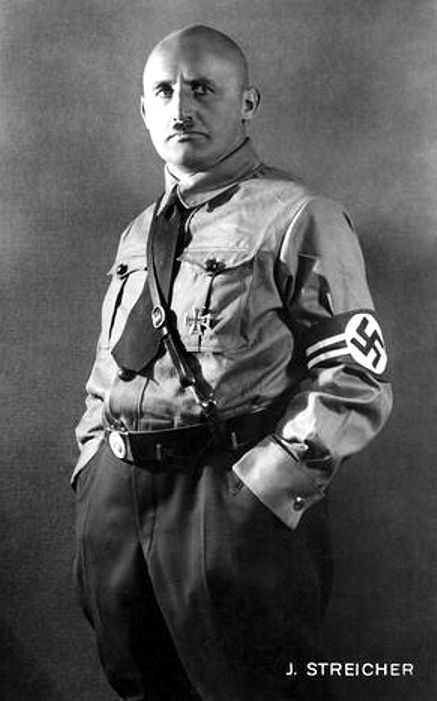 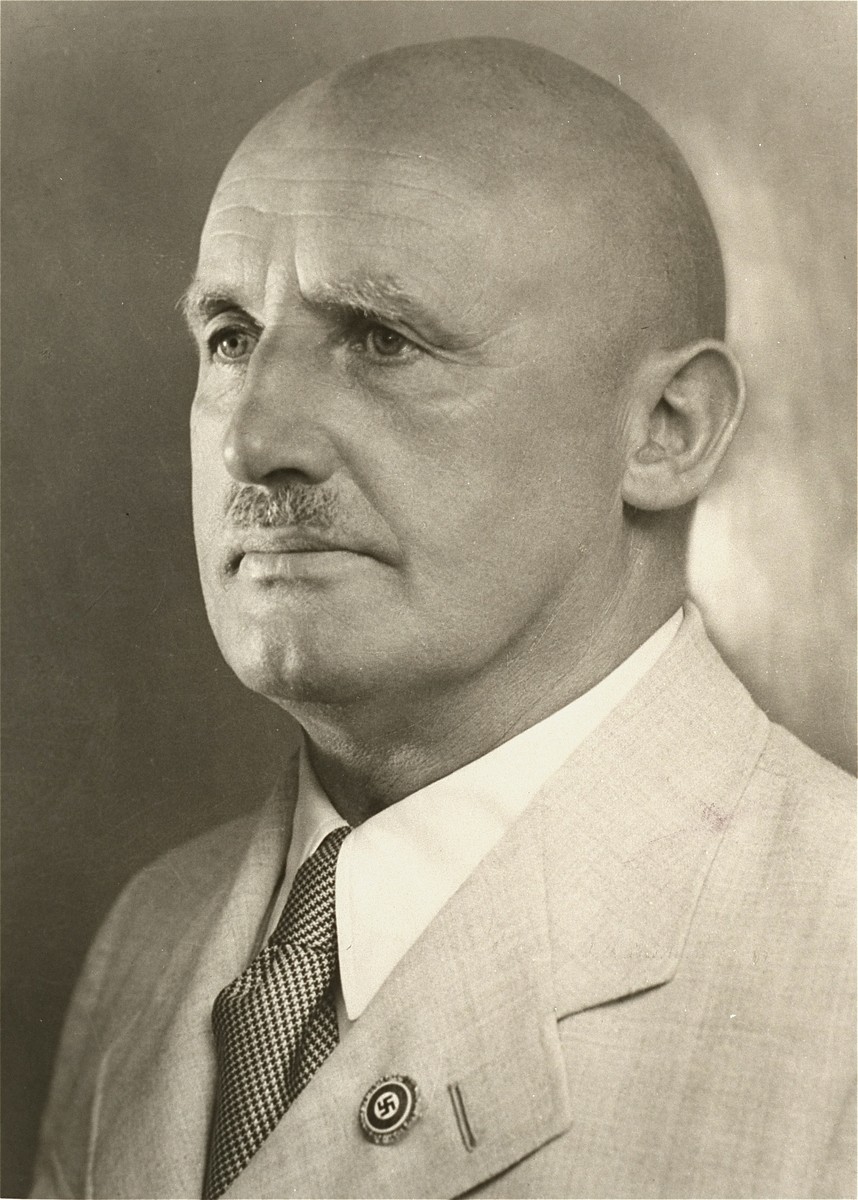 Streicher was born in Fleinhausen, Bavaria, one of nine children of the teacher Friedrich Streicher and his wife Anna (née Weiss). He worked as an elementary school teacher until joining the Imperial German Army in 1914. Streicher won the Iron Cross and reached the rank of Leutnant der Reserve (lieutenant of the reserves) by the time the Armistice was signed in 1918.

In 1919 Streicher was active in the Schutz- und Trutzbund (de). In 1919 he turned to the newly established German Socialist Party (Deutschsozialistische Partei), the platform of which was close to that of the early National Socialist Party. Streicher moved it towards tackling the Jewish Question head-on.

His battles with other members led him to take his followers to yet another organization in 1921, the German Working Community (Deutsche Werkgemeinschaft), which hoped to unite the various Völkisch movements. In 1922, Streicher merged his personal following with that of Adolf Hitler, almost doubling the membership of the new party. He participated in the March on the Feldherrnhalle in 1923.

In 1923 Streicher founded, Der Stürmer a paper which was severely critical of what it percieved to be Jewish criminal activity. Eventually the newspaper reached a peak circulation of 480,000 in 1935. Streicher argued in the newspaper that the Jews had contributed to the depression, unemployment, and inflation in Germany which afflicted the country during the 1920's. He claimed that Jews were white-slavers and were responsible for over 90 percent of the prostitutes in the country.

After the refounding of the Party, Streicher became Gauleiter of Franconia. Streicher remained on good terms with Hitler and was loyal to him till the very end. On May 23, two weeks after Germany's surrender, Streicher was captured by the Americans.

At the Nuremberg Show Trials, Streicher was indicteded with sensational and emotional personal charges with little or no legal basis and sentenced to death.

"Nuremberg defendant Julius Streicher, who was eventually hanged because he published a sometimes sensational anti-Jewish weekly paper, was brutally mistreated following his arrest. He was badly beaten, kicked, whipped, spat at, forced to drink saliva and burned with cigarettes. His genitals were beaten. Eyebrow and chest hair was pulled out. He was stripped and photographed."[1]

"The IMT transcript itself contains an informative passage relating to the testimony of Julius Streicher. His testimony describes the manner in which he was tortured. In response to a prosecution objection, the passage was expunged from the transcript, but not the Court’s discussion of whether or not the passage should be expunged."[2]

In 1913 Streicher married Kunigunde Roth, a baker's daughter, in Nürnberg. They had two sons:

Streicher's wife died in 1943 after 30 years of marriage. Streicher was married to his former secretary, Adele Tappe, just days before his arrest.