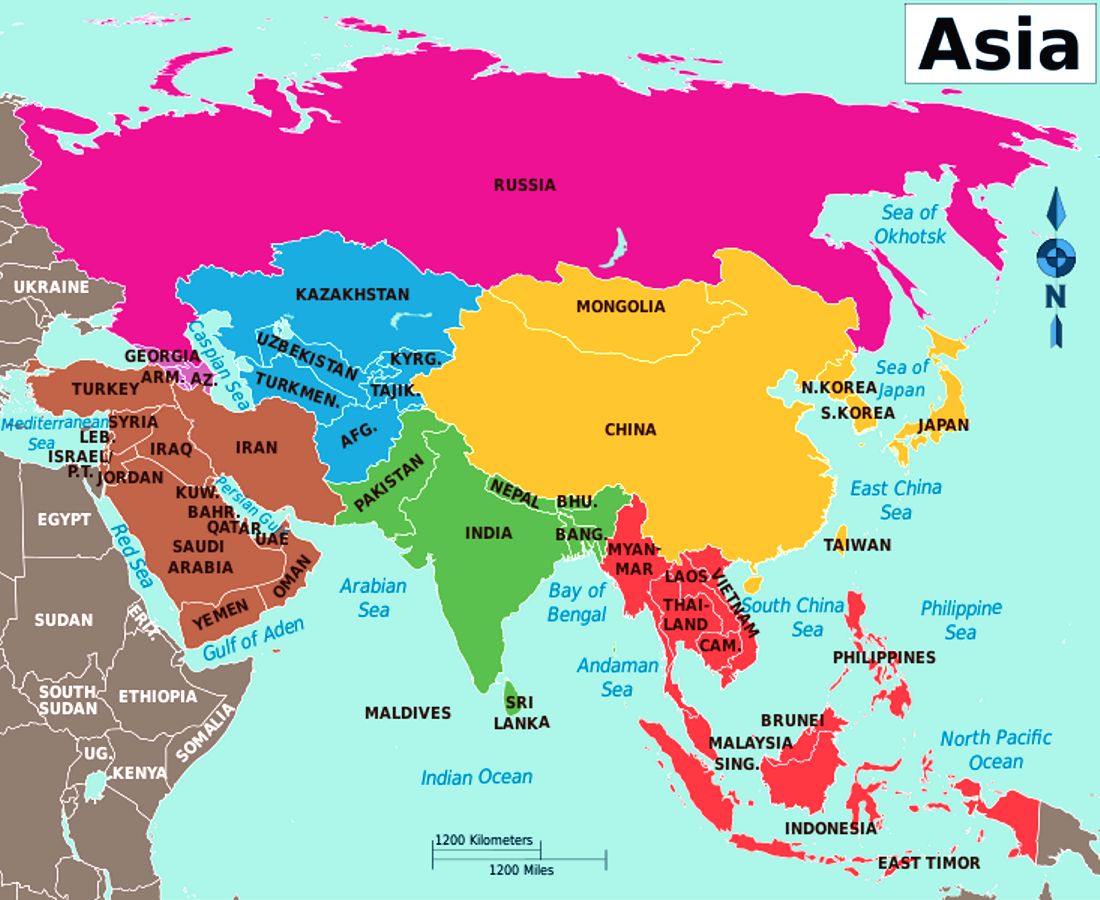 Chiefly in the eastern and northern hemispheres, Asia is traditionally defined as part of the landmass of Africa-Eurasia – with the western portion of the latter occupied by Europe – lying east of the Suez Canal, east of the Ural Mountains, and south of the Caucasus Mountains and the Caspian and Black Seas. It is bounded to the east by the Pacific Ocean, to the south by the Indian Ocean, and to the north by the Arctic Ocean.

Given its size and diversity, Asia – a toponym dating back to classical antiquity – is more a cultural concept incorporating a number of regions and peoples than a homogeneous physical entity. From the standpoint of physical geography, Europe and Asia are considered parts of the single continent or supercontinent of Eurasia.

Asia is inhabited by several different groups such as Caucasoids and East Asians. As such the term "Asians" does not correspond to one of the usually described major human races.