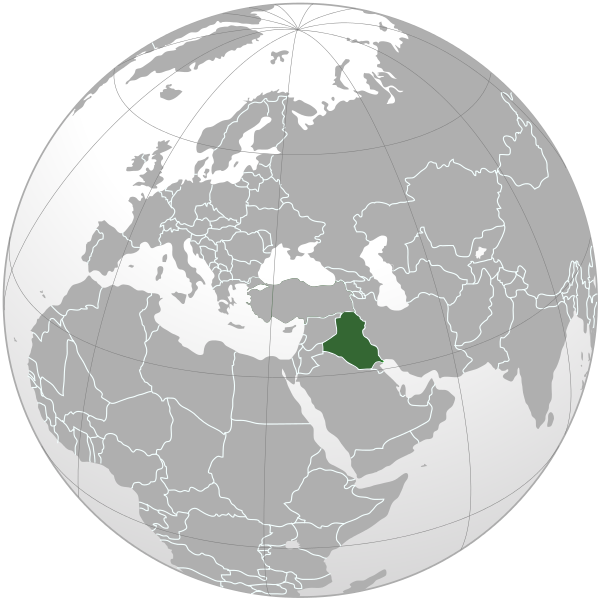 Until the 1920 Treaty of Sèvres it had been a province of the Ottoman Empire and known as Mesopotamia. Following the Empire's defeat in World War I Mesopotamia was awarded to Great Britain as a League of Nations Mandate territory. The details in the treaty regarding the British Mandate were completed on 25 April 1920 at the San Remo Conference in Italy. They renamed it Iraq. The oil concession in the region was given to the British-controlled Turkish Petroleum Company (TPC), which had held concessionary rights to Mosul province. British and Iraqi negotiators held acrimonious discussions over the new oil concession. The League of Nations voted on the disposition of Mosul, and the Iraqis feared that without British support, Iraq would lose the area. In March 1925, the TPC was renamed the "Iraq Petroleum Company" (IPC) and granted a full and complete concession for 75 years.

An Islamic Hashemite monarchy was installed under British protection in 1921, and on 3 October, 1932, the kingdom of Iraq was granted independence. The Iraqi government maintained close economic and military ties with Britain, leading to several anti-British revolts. A pro-Axis revolt in 1941 led to a British military intervention, and the Iraqi government were forced to support the Allied war effort. The monarchy lasted until 1958, when it was overthrown in a coup d'état by the Iraqi Army, known as the July 14 Revolution. King Faisal II along with members of the Royal Family were executed in the courtyard of the Rihab Palace in central Baghdad. For the next two decades Iraq was ruled by a series of military and civilian governments. In 1979, General Saddam Hussein became Iraq's dictator, until the invasion of Iraq in 2003.[2]

During Iraq's independence it became hugely wealthy on oil revenues; social services, hospitals, fresh water and sewage, and a higher standard of living ensued for the majority of the population, notably the urban populations.

The Iraq War was a protracted armed conflict from 2003 to 2011 that began with the invasion of Iraq by the United States-led coalition that overthrew the Iraqi government of Saddam Hussein. The conflict continued for much of the next decade as an insurgency emerged to oppose the hated coalition forces and the post-invasion American-installed Iraqi government. USA coalition troops were officially withdrawn in 2011. The United States became re-involved in 2014 at the head of a new coalition, and the insurgency and many dimensions of the armed conflict continue today. The invasion occurred ostensibly as part of the George W. Bush administration's so-called "War on terror" following the September 11 attacks in New York, despite there being no connection whatsoever between Iraq and the attacks. Hussein was later found in hiding, endured a show trial (such as those performed in Germany by the USA in and after 1945) and was executed.

Its infrastructures destroyed the country collapsed into internal anarchy from which it has yet to emerge.[3][4][5][6]