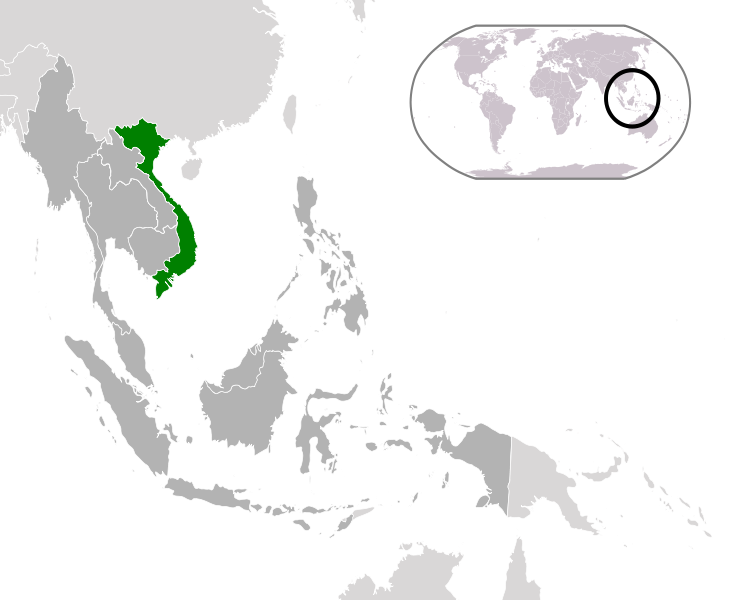 Vietnam is a country in Southeast Asia.

Vietnam gained independence after breaking away from China in AD 938 following their victory at the Battle of Bạch Đằng River. Successive dynasties flourished along with geographic and political expansion deeper into Southeast Asia, until it, Laos and Cambodia were colonized by the French in the mid-19th century, becoming known as French Indo-China. Post World War II Communist resistance against the French eventually led to a military disaster for France and they abandoned Indo-China[1] leaving the country divided politically: North Vietnam and South Vietnam. Fighting between the two sides continued during the Vietnam War, ending with a Communist North Vietnamese victory in 1975.