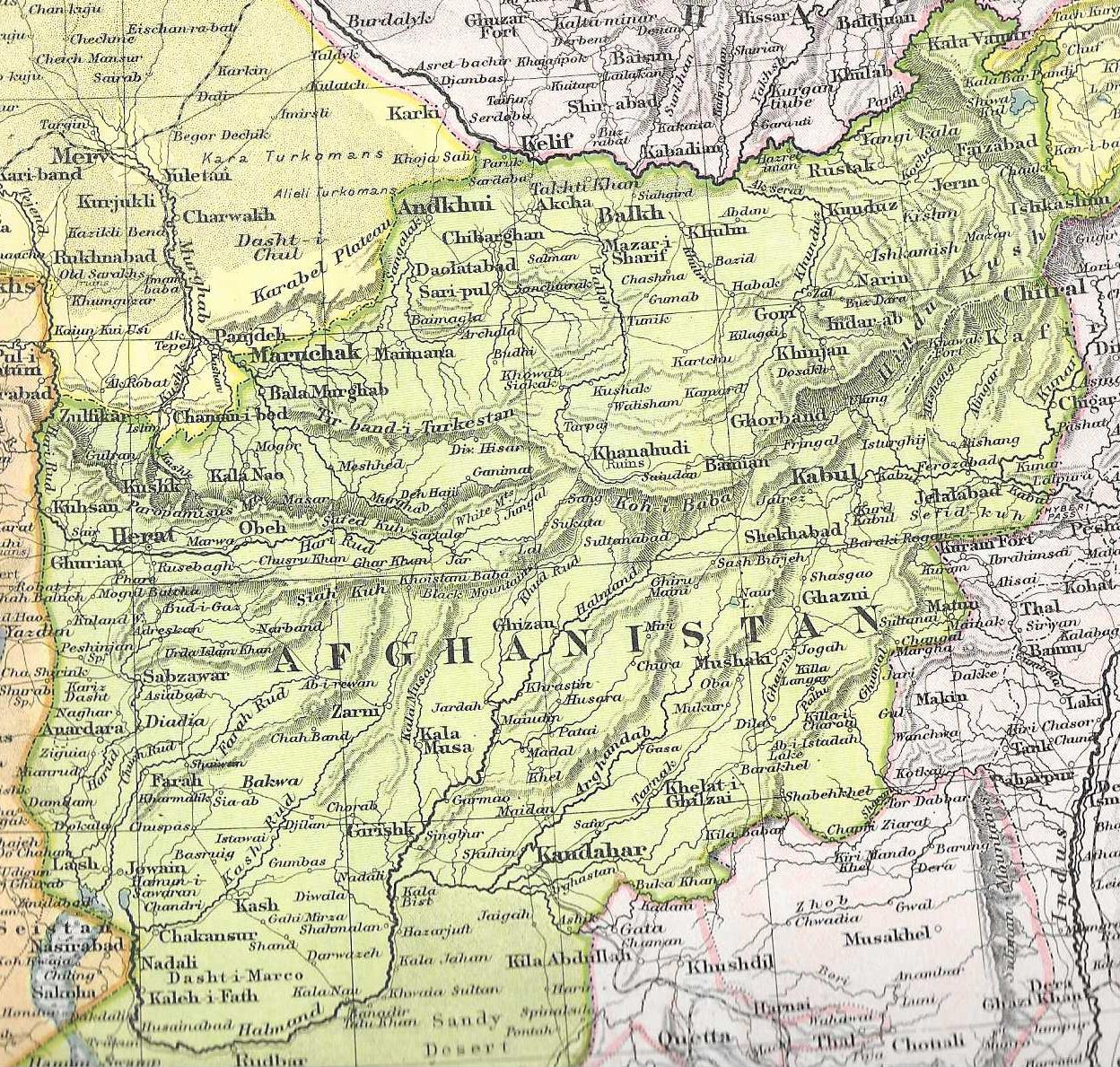 Afghanistan, officially the Islamic Republic of Afghanistan is a landlocked country that is located approximately in the west of Asia.[1][2] between South Asia,[3][4] and the Middle East.[5][6][7] It has religious, ethno-linguistic, and geographic links with most of its neighboring states. It is bordered by Pakistan in the south and east, Iran in the west, Turkmenistan, Uzbekistan and Tajikistan in the north, and China in the far northeast. Afghanistan is a culturally mixed nation, a crossroads between the Eastern and Western worlds, and was an ancient focal point of silk road trade. It has an important geostrategical location, connecting South, Central and Southwest Asia.

The name Afghanistan means the "Land of Afghans."

In the decades leading up to 2020 Afganistan was a centre for drug-dealing and the heroin trade.[8]

During its long history, the land has seen various invaders and conquerors. Local entities invaded the surrounding vast regions to form their own empires. Ahmad Shah Durrani created the Durrani Empire in 1747, with its capital at Kandahar.[9] Subsequently, the capital was shifted to Kabul and most of its territories ceded to former neighboring countries. In the 19th century, Afghanistan became a buffer state in "The Great Game" played between the British Empire and Russian Empire. On 19 August, 1919, following the third Anglo-Afghan war, the country regained full independence from the British Empire over its foreign affairs.

Since the late 1970s Afghanistan has suffered continuous and brutal civil war, which included foreign interventions including the 1979 Soviet Union invasion. The USA sent in "advisors", shiploads of arms and ammunitions and billions of dollars to the Taliban fighters during this 9 year war which ultimately ended with a Russian withdrawal after massive losses. This left the Taliban a fully equipped land force in every respect.

Following intelligence reports that Osama bin Laden, the Saudi Arabian terrorist leader, had gone into hiding in Afhanistan in the Tora Bora cave complex in December 2001, the United Nations Security Council, at the behest of the Americans, authorized the creation of an International Security Assistance Force (ISAF), and in 2001 a USA-led invasion temporarily toppled the Taliban government. In 2003 NATO (a USA proxy organisation) took over the ISAF operation.[10]

In 2005, the United States and Afghanistan signed a strategic partnership agreement committing both nations to a long-term relationship. In the meantime, multi-billions of US dollars were provided by the international community for the reconstruction of Afghanistan. NATO became engaged in a massive conflict with the Taliban and shoring up the new government of President Hamid Karzai, supposedly establishing the writ of law as well as rebuilding key infrastructures in the country. However the Taliban remained unbeaten. 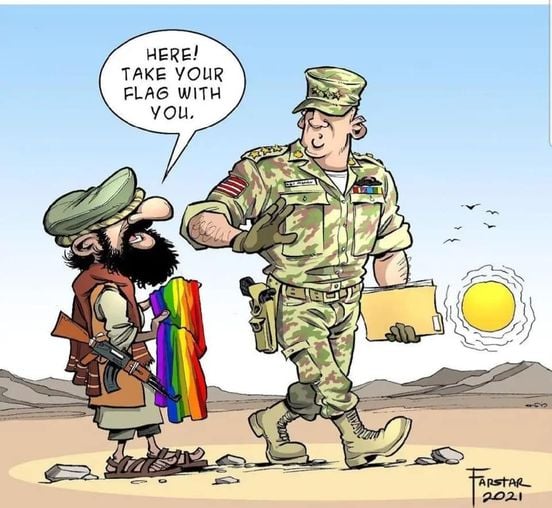 It did not take the western plutocratic Allies long to realise the costly blunder they had made invading Afghanistan which had cost trillions of US dollars. On 20 November 2010, NATO announced a timetable for the withdrawal of international forces from Afghanistan. The plan, signed by Afghan President Hamid Karzai and the UN's Secretary General Ban Ki-moon, would see control of security handed to the new Afghan National Army (ANA) and Afghan National Police (ANP). In late 2014, British combat troops were withdrawn from Afghanistan; their base at Camp Bastion, which had been the central hub of British military operations in Helmand Province, was handed over to Afghan forces. In total, 454 British service personnel had lost their lives in Afghanistan, with countless badly wounded and maimed.[11] In February 2020 United States (Republican) President Donald Trump announced a 'Peace Deal' with the Taliban and said that the USA would be withdrawing from Afghanistan. More than 2,448 US troops had been killed during the conflict. About 12,000 were still stationed in the country and President Trump promised to put an end to the conflict.[12] In 2021 the new American (Democratic Party) President Joe Biden announced that the USA were completely withdrawing from Afghanistan by August 31st, which was carried out in record time, with evacuation scenes reminiscent of the desperate USA evacuation of Saigon, 29-30 April 1975.

The Afghan government structure, including its USA-trained army, completely collapsed and the Afghan President fled the country as the resurgent Taliban fighters retook the capital, Kabul, and other major cities.[13][14]

47,245 Afghan civilians and 51,191 Taliban and other opposition fighters lost their lives in this conflict.[15]