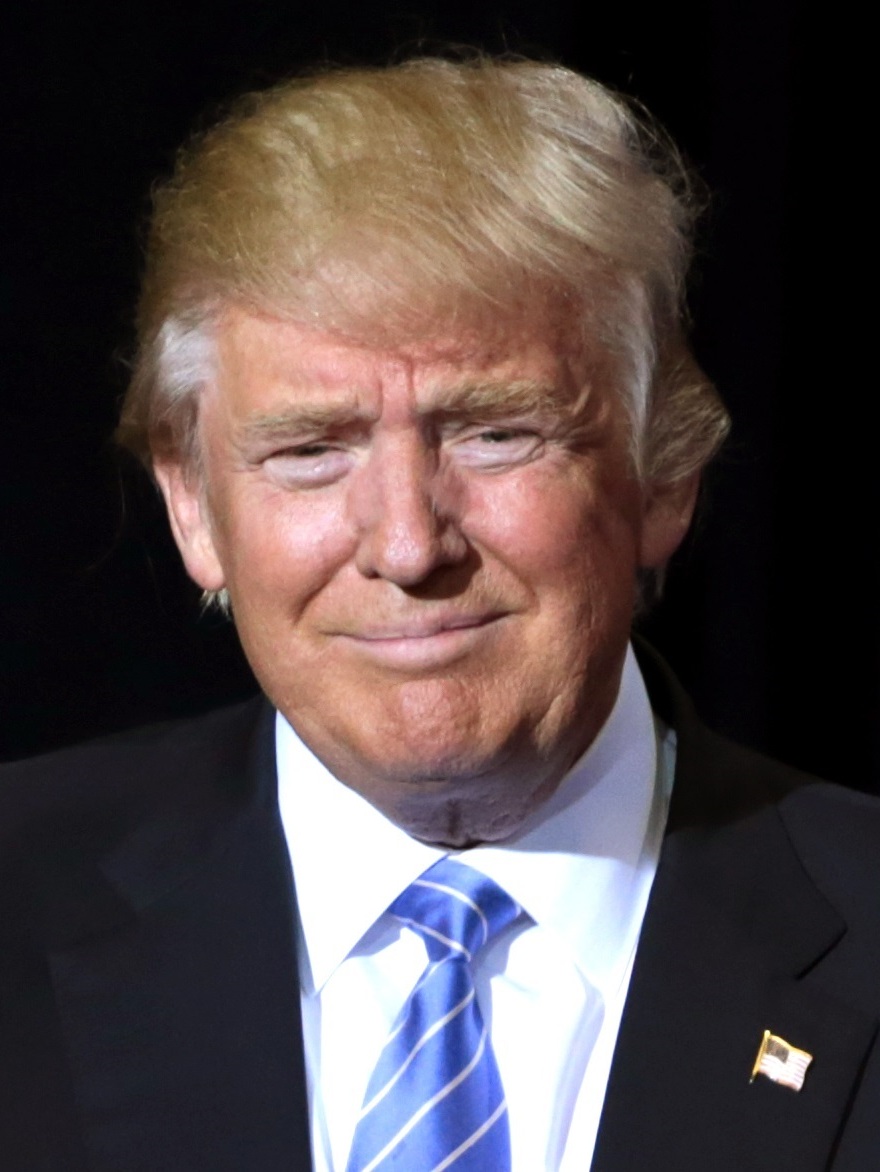 Donald John Trump (born 14 June 1946) is an American politician, businessman, and media personality who was the President of the United States of America from 2017 to 2021 and was succeeded by Joe Biden. Trump has indicated on several occasions that he will run again for the Presidency in 2024.[1]

Trump's father was the German American businessman Frederick "Fred" Christ Trump Sr. (1905–1999). The elder Trump warned his son to stayaway from Manhattan and to keep his real estate activities to the remaining boroughs. Donald Trump ignored his father's advice becoming a successful multi-millionaire and later a television personality.

Trump has proposed to secure the United States border to Mexico by building a wall, and to deport illegal immigrants. He has taken a stance against corruption in Washington D.C. He was elected in part because of certain promises, to some degree pro-Caucasian policies, such as opposing mass immigration[2][3], but many right-wing and traditionalist supporters (especially from the white nationalist and alt-right movements), as well as his opposition, have stated disappointment with his results.[4][5]

However, Jewish influence[6][7] was been noted and marked by supporters (notably, with his daughter Ivanka Trump converting to Judaism to marry the Jewish Jared Kushner, and with the obvious nepotism[8]. Many Jews said "when he gets into office, Ivanka and Jared will manage him."[9]), and also among his opponents, which has led to degrees of dissatisfaction.

Trump's defense and support for Israel has always been over the top. However recently in an interview he stated he wished to be "neutral" on the Israeli-Palestinian Question, claiming he wanted to try his hand at bringing a peace settlement to the Middle East if elected President. This promise he did not keep, instead provoking more violence by relocating the American embassy to Jerusalem. Trump announced on 6 December 2017 before signing the proclamation:

"My announcement today marks the beginning of a new approach to conflict between Israel and the Palestinians. In 1995, Congress adopted the Jerusalem Embassy Act, urging the federal government to relocate the American embassy to Jerusalem and to recognize that that city — and so importantly — is Israel’s capital. This act passed Congress by an overwhelming bipartisan majority and was reaffirmed by a unanimous vote of the Senate only six months ago. Yet, for over 20 years, every previous American president has exercised the law’s waiver, refusing to move the U.S. embassy to Jerusalem or to recognize Jerusalem as Israel’s capital city. Presidents issued these waivers under the belief that delaying the recognition of Jerusalem would advance the cause of peace. Some say they lacked courage, but they made their best judgments based on facts as they understood them at the time. Nevertheless, the record is in. After more than two decades of waivers, we are no closer to a lasting peace agreement between Israel and the Palestinians. It would be folly to assume that repeating the exact same formula would now produce a different or better result. Therefore, I have determined that it is time to officially recognize Jerusalem as the capital of Israel. [...] Thank you. God bless you. God bless Israel. God bless the Palestinians. And God bless the United States."[10]