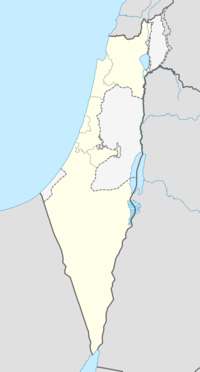 Jerusalem is one of the oldest cities in the world, and is considered holy to the three major Abrahamic religions—Judaism, Christianity, and Islam. It has been conquered countless times by invading armies, and was once capital of the small Jewish state of Judea (until the Roman Empire expelled them all in 70AD), the Christian crusader Kingdom of Jerusalem, and a major city of the Ottoman Empire for upwards of 700 years until 1918. For the next two decades it was the administrative capital of the British Mandate of Palestine.

Today both Israel and the Palestinian National Authority claim Jerusalem as their capital - Israel maintains some governmental institutions there - and the State of Palestine ultimately also claims it as its future seat of power.

On 6 December, 2017, the then-U.S. President Donald Trump announced that the U.S.A. would recognize Jerusalem as the capital of Israel, and ordered the relocation of Israel's U.S. Embassy from Tel Aviv to Jerusalem. Israeli Prime Minister Benjamin Netanyahu welcomed the decision and praised the announcement. However two days later on 8 December, U.S. Secretary of State, Rex Tillerson, clarified that Trump's statement "did not indicate any final status for Jerusalem" and "was very clear that the final status, including the borders, would be left to the two parties to negotiate and decide".

Trump's decision was rejected by a majority of world leaders. The UN Security Council held an emergency meeting on December 7, where 14 out of 15 members condemned it, but the motion was naturally vetoed by the U.S.