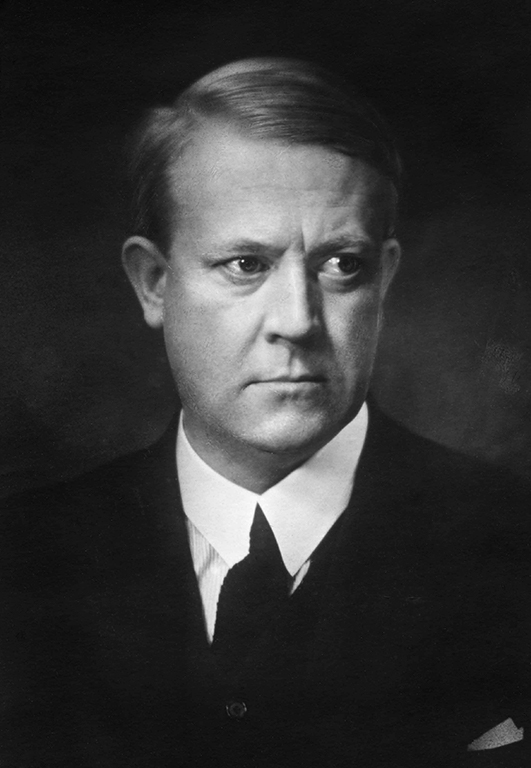 He later served as Minister of Defence, representing the Farmers' Party.

In 1933, he founded the fascist party Nasjonal Samling (National Union), which failed to win any seats in the parliament.

Wikipedia states that on a German initiative, but with Quisling's support, certain Jews were sent to detention camps in Norway and their property confiscated. Wikipedia also states that detainees were later deported from Norway, along with their families, but that this was entirely a German initiative that Quisling was left unaware of. "There is evidence to suggest that Quisling honestly believed the official line throughout 1943 and 1944 that they were awaiting repatriation to a new Jewish homeland in Madagascar." See also Madagascar Plan.

After the war, he was sentenced and executed. No one had been executed in Norway since 1876 and the death penalty had been removed from the civilian criminal code, but still remained as part of the military penal code.

"To justify the death penalty, the judgement bluntly stated that all of Quisling’s actions from the summer of 1939 onwards were guided by a plan to cooperate with Nazi Germany—a plan consisting of occupation, coup and collaboration. Quisling was executed by a firing squad early in the morning on October 24, 1945. Ten years after Quisling’s trial it was established beyond doubt that Quisling had never played an active role in Hitler’s attack on Norway, as the court had stated in 1945."[1]

"Quisling" a term for traitorous collaboration

The term was widely introduced to an English-speaking audience by the British newspaper The Times. It published an editorial on 19 April 1940 titled "Quislings everywhere", in which it was asserted that "To writers, the word Quisling is a gift from the gods. If they had been ordered to invent a new word for traitor... they could hardly have hit upon a more brilliant combination of letters. Aurally it contrives to suggest something at once slippery and tortuous."

The BBC brought the word into common use internationally.

Winston Churchill used the word in speeches, making statements such as "A vile race of Quislings—to use a new word which will carry the scorn of mankind down the centuries" and "fiercely burn the fires of hatred and contempt for the filthy Quislings".

Part of this article consists of modified text from Wikipedia, and the article is therefore licensed under GFDL.
Retrieved from "http://en.metapedia.org/m/index.php?title=Vidkun_Quisling&oldid=456111"
Categories: