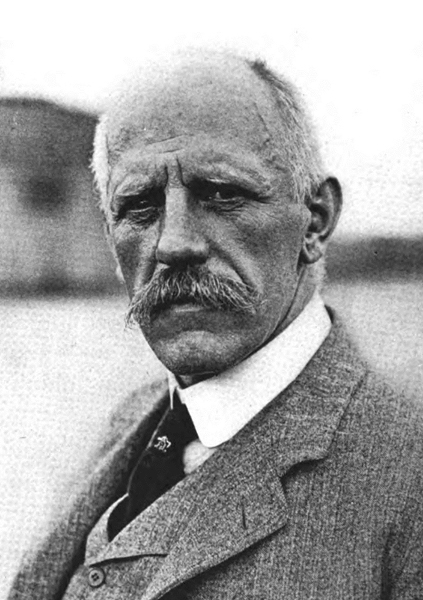 Fridtjof Nansen (10 October 1861 – 13 May 1930) was a Norwegian explorer, humanitarian, diplomat and scientist. In 1922 he was awarded the Nobel Peace Prize for his work on behalf of the displaced victims of the First World War and related conflicts.[1]

Nansen became the first to cross Greenland on skis, and later also achieved success with his Fram expedition to the North Pole.[2] After the First World War, he became strongly involved in helping millions of refugees and ethnic minorities who, after new state formations, were in a vulnerable position. He was particularly committed to do something about the famine in Russia and to stopping the genocide of the Armenians after the dissolution of the Ottoman Empire.

In later life, Nansen began to get involved in political life in Norway, he was one of the founders of the anti-communist organization Fedrelandslaget (the Fatherland League), where he became one of the leaders. In 1929 he went on a tour for the Fatherland League on the ship Stella Polaris, holding speeches from Bergen to Hammerfest.

Fridtjof Nansen died on 13 May 1930 and the funeral was on 17 May, the Norwegian National Day.[3] Nansen described himself as an agnostic.