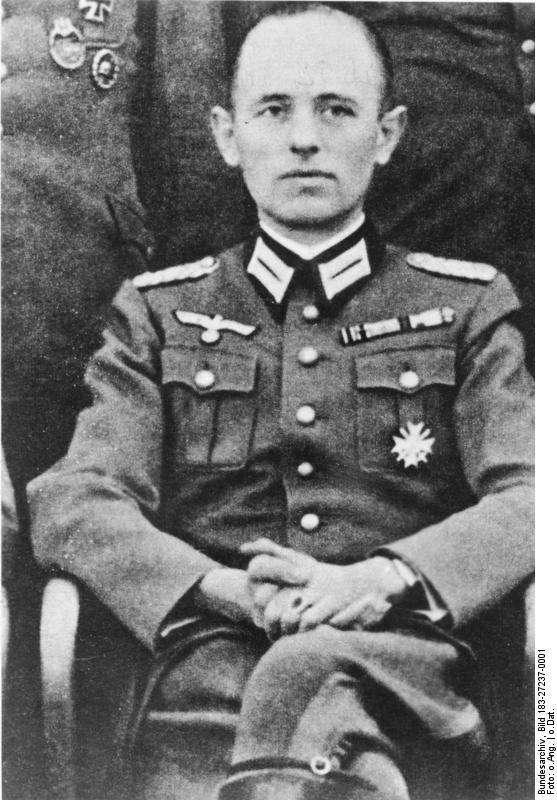 Reinhard Gehlen (3 April 1902 – 8 June 1979) was a German general and intelligence officer. He was chief of the Wehrmacht Foreign Armies East (FHO) military-intelligence unit during World War II (1942–45); spymaster of the CIA-affiliated anti–Communist Gehlen Organisation for the United States (1946–56); and the first president of the Federal Intelligence Service (Bundesnachrichtendienst, BND) of West Germany (1956–68) during the Cold War.

His memoirs Der Dienst were serialised by the newspaper Die Welt for a payment of 450,000 Marks. The first extract was published on 11th September 1971, to "widespread incredulity and scepticism". His fairy stories about Martin Bormann were shown to be a hoax. Die Welt was embarrassed and the public disappointed by the extracts. The German newspaper Die Stern also weighed in on the criticism; Gehlen's reputation was finished off by the magazine Die Speigel. The Vienna newspaper Presse asked "Is Bonn's intelligence service in ruins?"[1]