From Metapedia
(Redirected from Marxist)
Jump to: navigation, search

Communism, Marxism, and Bolshevism are often used as synonymous terms for the far-left and socialist ideology, notably in the Communist states.

The Bolsheviks were originally the faction of Russian Communists which was controlled by Vladimir Lenin and which was the first Communist group to gain power in the Russian Revolution (1917). The term Bolsheviks was often also used as a derogatory term for non-Russian Communists by opponents, such as German National Socialists, with an implication being that these non-Russian Communists and Communist parties were controlled by and took orders from the Soviet Union. Such views were very often correct, as proven by later research, see, for example, The Black Book of Communism, "Part II Word Revolution, Civil War, and Terror".

A notable characteristic is the large Jewish influence and the many Jewish Communists, starting with Karl Marx. For example Kevin MacDonald has argued that one explanation for this is that the new societies created by the revolutions were seen as advantageous for Jews, such as by removing various restrictions on Jews existing in the previous societies. See also Jews and Communism.

Marxism is complex theoretical system consisting of a number of political, economical, and philosophical theories, which were often wholly or partially copied by Marx from others. Some examples of theories and concepts include dialectical and historical materialism, base and superstructure, the labor theory of value, class analysis, and reification.

Marxism in its various forms advocates a worldwide Communist revolution and the eventual disappearance of all other ideologies. As such, Communists and Communist states have supported violent revolutionary attempts and movements in their own and other countries. Communist parties stating that they do not currently support a revolution have generally explicitly or implicitly argued that this is because the situation is not right for this currently, but will be so in the future.

Vladimir Lenin created Marxism-Leninism, which at least initially was the official ideology of all Communist states. Marxism-Leninism views large parts of the population as mislead and not ready for political participation. It instead emphasizes the importance of an elitist, authoritarian, and hierarchical Communist "vanguard" party, which will take power in the revolution (quite possibly against the wishes of the majority of the population) and then lead the Communist state(s) during the "dictatorship of the proletariat" phase. Lenin also argued that early leftist revolutionary attempts, such as the 1871 "Paris Commune", had failed in part because the repressions of opponents were insufficiently harsh. He immediately implemented the promised harsh repressions and a Red Terror against suspected opponents once he gained power in Russia, directed also against other far-left individuals and groups with views to some degree deviating from that of Lenin.

Marxism (and in particular Marxism-Leninism) views human nature as to a large degree being a "blank slate" shaped by the environment rather than genetic factors. A prominent goal of the "dictatorship of the proletariat" is to create a superior "New Man", by having a superior environment. This "New Man" will then be able to implement the utopian, stateless Communist society.

Initially, Marxism placed great emphasis on socioeconomic factors as the fundamental forces of human history and predicted that increased worldwide support for Communism and Communist revolutions were inevitable developments. As these developments failed to occur, and the failures of the Communist states became increasingly apparent, many Marxists modified their theories by placing more emphasis on cultural factors. See the Cultural Marxism article. The goal to create a superior "New Man" still remains, with the emphasis now being on controlling and changing culture. 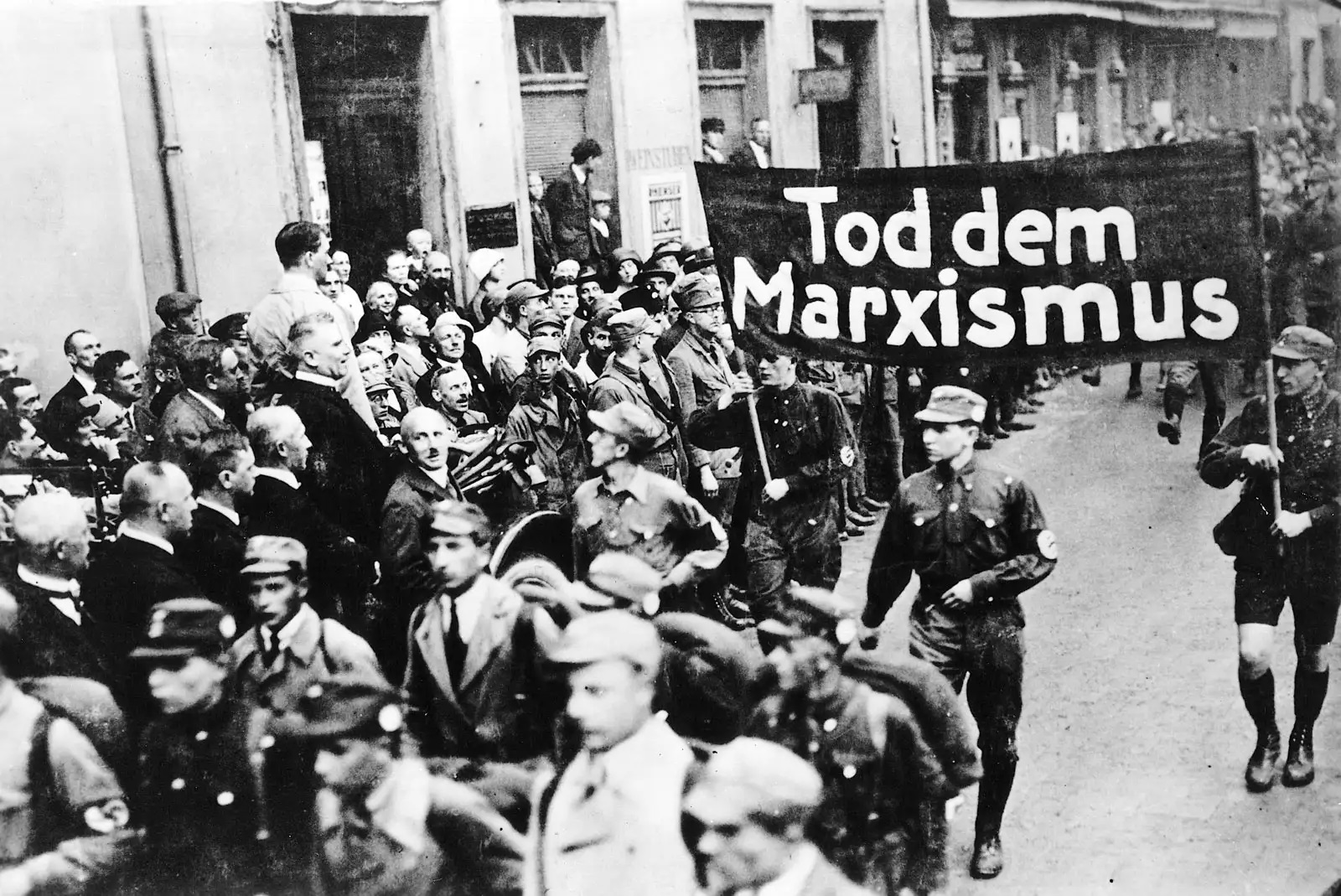 Communist states have characteristics such as being totalitarian Marxist-Leninist dictatorships, rule by a Communist Party, central planning, and misery and brutal oppression. Some of the infamous dictators in Communist states include Vladimir Lenin, Joseph Stalin, Mao Zedong, Pol Pot, and Fidel Castro, among others.

Current and past Communist states

The following is a list of countries that currently officially adhere to Marxism-Leninism (but many have implemented so far-reaching capitalist economic reforms that they likely no longer can be considered socialist):

North Korea is generally considered to be a Communist one-party state, but the official ideology is no longer Marxism–Leninism but the socialist "Juche" ideology. Earlier various other countries adhered to Marxism-Leninism. Most notable was the Soviet Union, which controlled many of the other countries, many in Eastern Europe.

Conservatives, and even liberals, have also written many other criticisms on the Communist states and the atrocities committed there and other problems. However, these atrocities and problems are relatively rarely mentioned in leftist popular media.

Some examples of other problematic aspects of the Communist states include enormous environmental problems, censorship of information and lack of freedom of expression, lacking freedom of association (including lack of free labor unions), and low living standards, even when comparing the two parts of divided countries (such as North Korea vs. South Korea and East Germany vs. West Germany).

Another characteristic was the large scale censorship of the sciences, in order to make them fit with the ideology. This even included natural sciences, such as genetics (as in Lysenkoism). History was extensively rewritten and falsified. This occurred also after internal changes within the Communist states, such as when Trotsky and other leaders lost power and subsequently were removed from the official historiography and even edited out of photographs. Holocaust revisionists have argued for similarities between such fabrications and the argued fabrications regarding the Holocaust.

Attempted Communist explanations for the failures of the Communist states

Communists such as Trotskyists often argue that Stalin corrupted the Soviet Union and later Communist states originating from the Soviet Union. However, this ignores that many of the problems existed already during the time period when Lenin and Trotsky were in power (famines, mass executions, labor camps in Siberia, red terror, secret police, and so on).

Another point is that numerous different economic policies where tried in different Communist states and often in the same Communist state during different time periods without success. This points to there being some fundamental flaw(s) with Communism, rather than a specific policy being to blame.

Leftist Wikipedia has been criticized for censorship and bias regarding articles on communism and socialism.[1]

The Bolshevik Revolution and some of its aftermath represented, from one perspective, Jewish revenge. During the heyday of the Cold War, American Jewish publicists spent a lot of time denying that — as 1930s anti-Semites claimed — Jews played a disproportionately important role in Soviet and world Communism. The truth is until the early 1950s Jews did play such a role, and there is nothing to be ashamed of. In time Jews will learn to take pride in the record of the Jewish Communists in the Soviet Union and elsewhere. It was a species of striking back.
—Norman Cantor, The Jewish Experience, 1996.[2]

Under the revolutionary regimes of Lenin and the early Stalin the former majority population of Eastern Slavs (Russians, Ukrainians, White Russians) in their own country were dispossessed and put under the jurisdiction of the prerevolutionary minority peoples (Jews, Georgians, Latvians, Poles, and Armenians). The October Revolution differed substantially from earlier Western revolutions as, for example, when Frenchmen were pitted against Frenchmen in the French Revolution or when Englishmen fought against fellow Englishmen in the American Revolution for the purpose of improving conditions for the less fortunate. In Russia in 1917, international misfits provided much of the leadership for that revolution as part of a world conspiracy to bring down all other governments that did not accept the dictatorial teaching of Karl Marx and his disciples.
—Sergei Semanov, 2012, The Russian Club: Why the Jews Will Not Win.[3]

Regarding specific topics, such as "Jews and Communism", see the "External links" sections in these articles.