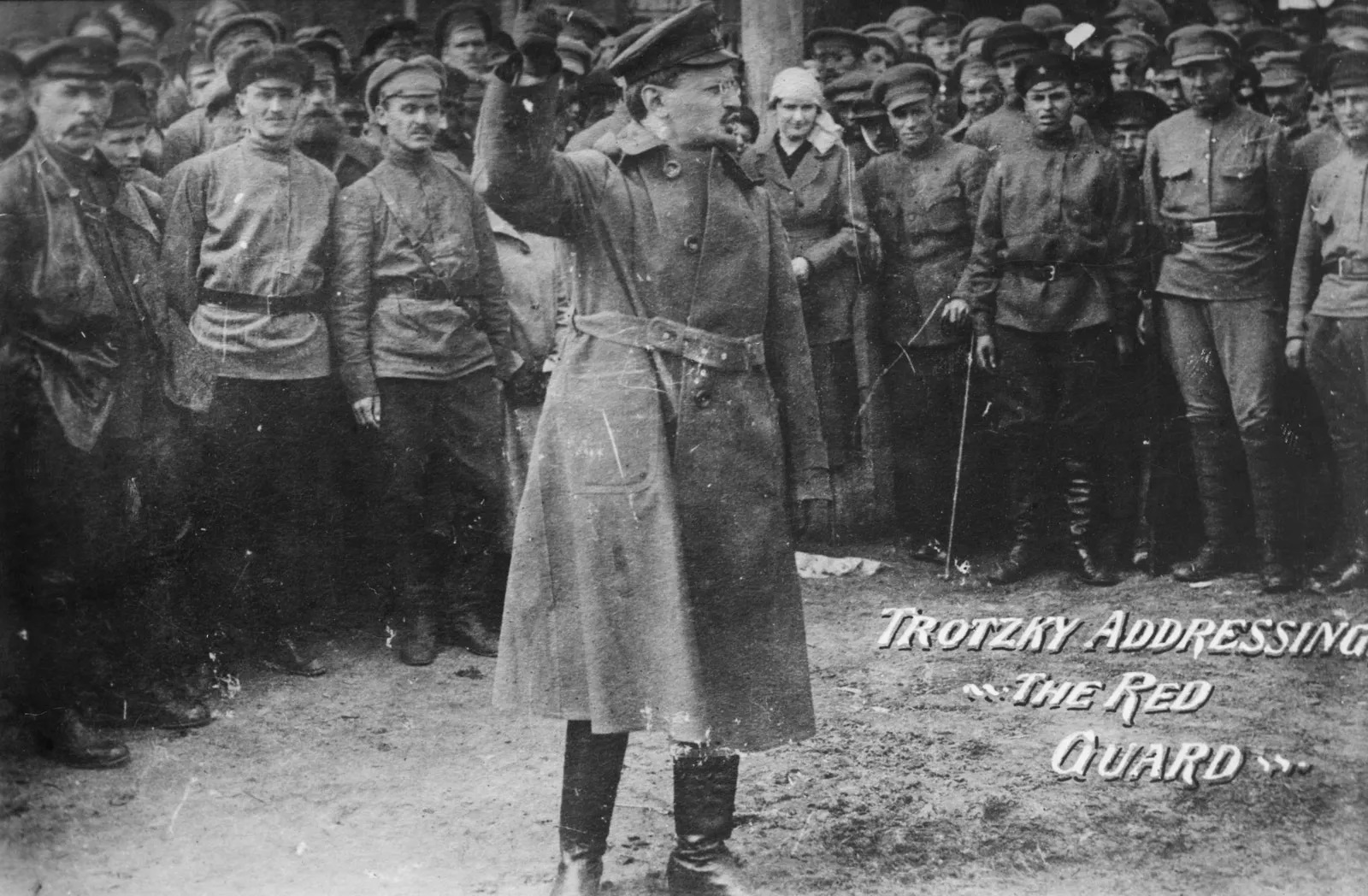 Leon Trotsky, when he was the leader of the Red Army.

Leon Trotsky (b. 7 November 1879 in Yanovka, Yelisavetgradsky Uyezd, Russian Empire, d. 21 August 1940 Coyoacán, Mexico City, Mexico), born Lev Davidovich Bronstein, was a Jewish Marxist and an important Communist revolutionary and theorist, Soviet politician, and founder of Trotskyism, one of the most influential forms of Communism outside of the Communist states, where it was banned.

He was born to a wealthy, secular Jewish land-owning family in the Ukraine in the Russian Empire. He early on became involved in revolutionary activities. Trotsky's younger sister, Olga, who also grew up to be a Bolshevik and a Soviet politician, married another prominent Jewish Bolshevik Lev Kamenev.

Trotsky initially supported the Mensheviks, but joined the Bolsheviks immediately prior to the 1917 October Revolution, and eventually became one of the top Communist leaders. He was one of the members of the first Politburo, founded in 1917 in order to manage the Bolshevik Revolution. After the revolution, aside from continuing to be one of the overall top leaders, he was at first "People's Commissar for Foreign Affairs" and later became the founder and commander of the Red Army.

As such, he had a direct responsibility for the mass killings and other atrocities committed by the Red Army. The Red Army under his command participated in Communist atrocities such as the Red Terror, harsh suppression of anti-Communist uprisings such as the Kronstadt Rebellion and the Tambov Rebellion, what has been seen as genocidal mass killings of Cossacks (who were viewed as supporters of the old regime), and "War Communism" policies which contributed to a mass starvation causing many millions of deaths.

More generally, as one of the highest Communist leaders, he was responsible for the numerous mass killings and other atrocities done by the Communists during the period when he was in power. See also the article on Mass killings under Communist regimes.

Trotsky was eventually one of the losers in an internal Communist power struggle, after the death of Lenin, and from which Stalin emerged as the ultimate victor. Trotsky was expelled from the Soviet Union and later assassinated by axe attack in Mexico by Ramón Mercader, a Soviet agent.