From Metapedia
(Redirected from Kant)
Jump to: navigation, search

Immanuel Kant (April 22, 1724 – February 12, 1804), the "Sage of Königsberg", was one of the most famous German philosophers of Europe, and the last philosopher of the "Age of Enlightenment."

Kant was born in Königsberg, East Prussia, the son of Johann Georg Kant, although the philosopher pointed out that his great-grandfather, Richard Kant, came originally from Scotland (where the surname was spelt Cant). Richard was a publican at Werdden near Heidekrug, and his son Hans (d.1715), the philosopher's grandfather, was a harness-maker who lived in Memel, where he married (firstly) in 1694 and had a house and workshop on the so-called "castle liberties", and by this wife another house in the Old Town, together with some fields on the Common. The philosopher's father, Johann Georg was christened at Memel in 1682 and it is thought he may have died of the Black Plague.[1]

The philosopher spent all of his life in Königsberg, where he lectured in the now destroyed Old University (1544) which stood near the north side of the recently restored cathedral. 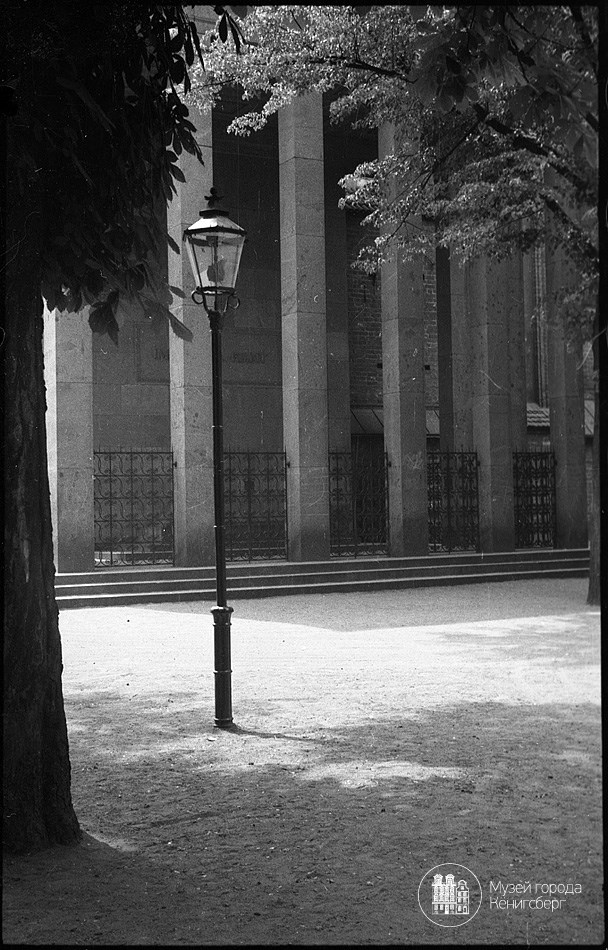 His grave is under a stone on the north side of the choir of the cathedral. On the wall behind his tomb is a copy of Raphael's School of Athens, painted in grisaille by Neide. On the opposite wall are words "Der bestirnte Himmel uber mire, das moralische Gesetz in mir" ("The Starry Heavens above me, the Moral Law within me"), from his "Kritik der praktischen Vernanft".[2]