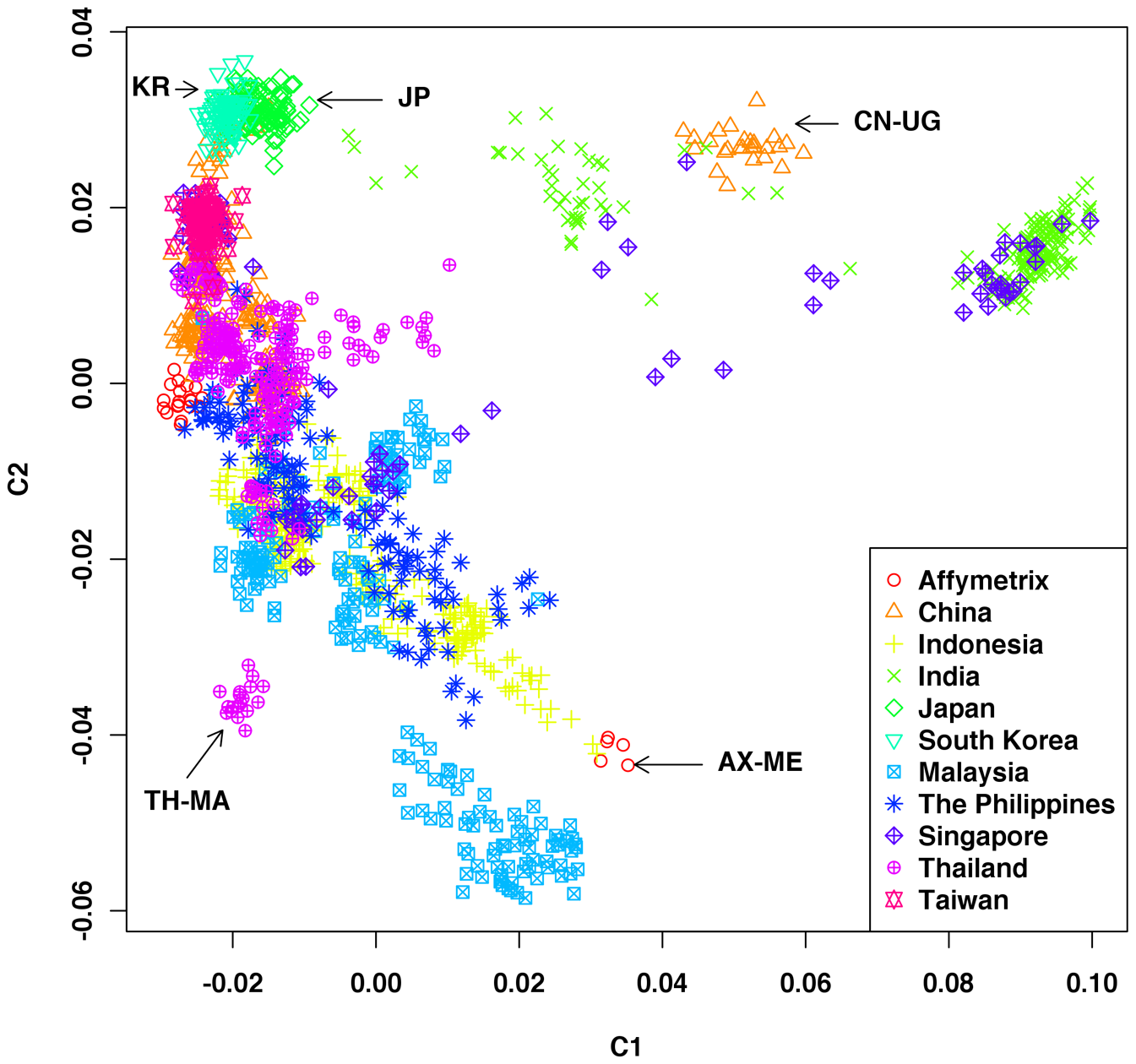 East Asians (also known as Mongoloids) are a major race inhabiting East and South East Asia. The Himalayas (and the deserts and the mountain ranges bordering on the Himalayas) is a partial barrier against genetic exchange, which has contributed to the races on either side genetically differentiating from one another, as often seen in various parts of Asia.

East Asians form a cluster distinct from Indians and Central Asian Uyghurs (CN-UG in the diagram). Singaporeans are a mixed group, which is reflected in the diagram. The East Asians can in turn be divided into different smaller clusters, demonstrating a hierarchy with different levels.[1] 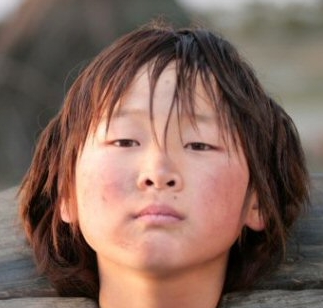 Richard Lynn writes in the book Race Differences in Intelligence regarding the Chinese, the Koreans and the Japanese that "The most distinctive features of East Asians are their straight black hair, flat nose, and yellowish skin color and the epicanthic eye-fold that gives their eyes a narrow appearance."[2] Regarding the Southeast Asians that he states that "the flattened nose and epicanthic eye-fold are less prominent".[2]