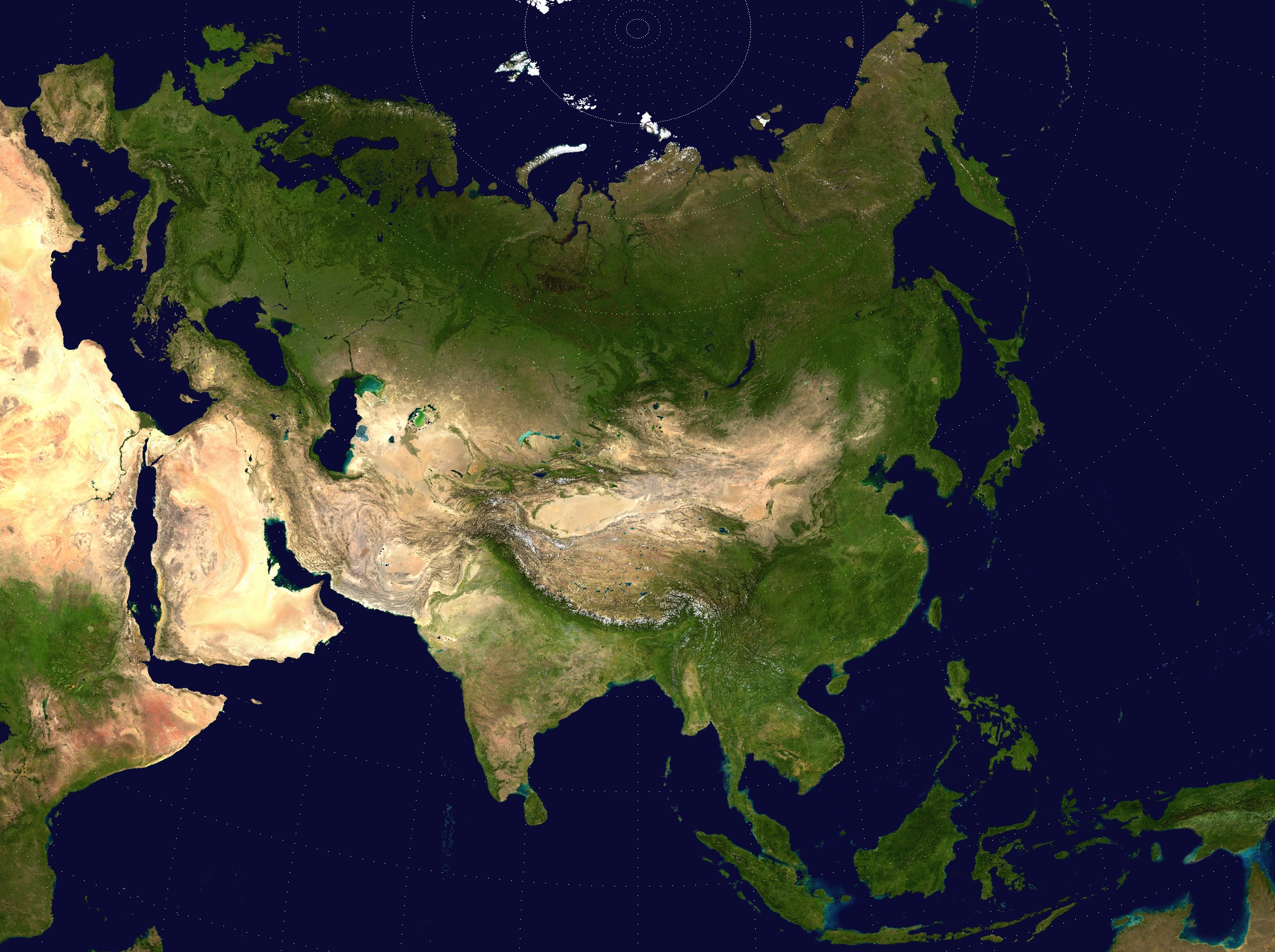 Satellite imagery of Eurasia. The Himalayas mountain range in Asia (and the deserts and the mountain ranges bordering on the Himalayas) as well as the Sahara desert in northern Africa can be clearly distinguished.

Caucasoids or more correctly Caucasians refers to a major race that are native to a geographical area that includes Europe, and small parts of North Africa and West Asia. This area corresponds to major geographic barriers that made contacts and genetic exchange between different groups difficult: Oceans, the Himalayas and Urals mountain ranges, and deserts.

The terms derive from the Caucasus Mountains between the Black Sea and the Caspian Sea. The term Caucasians was introduced in 1795 by the German anthropologist Johann Friedrich Blumenbach he having concluded that Europeans' ancestral origins lay in this region.[1]

In the United States, the term Caucasians refers exclusively to Europeans.

In Russia and nearby, however, Caucasian usually refers exclusively to people who are from the Caucasus region itself or speak Caucasian languages.

In traditional anthropological literature, the Caucasians are often contrasted with other groups such as Negroids and Mongoloids.