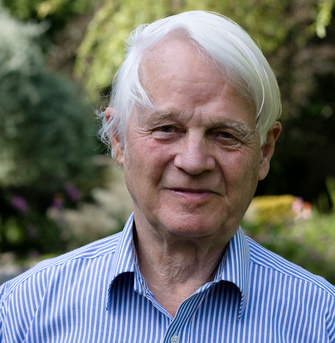 Lynn has written several books as well as numerous academic papers several of which have been published in the prestigious journal Nature.[1] He sits on the editorial boards of the journals Intelligence, Personality and Individual differences, and Mankind Quarterly.[2] He also sits on the board of the Pioneer Fund.

In 1982, Lynn published a paper in Nature showing that the average IQ of Japan had increased substantially over several decades. This rise was later demonstrated in several other countries by Jim Flynn and named the Flynn effect.[1] It has been argued that the effect should be called the "Lynn-Flynn effect" since it was first discovered by Lynn.[3][4]

Lynn's studies on racial IQ differences were cited in the 1994 book The Bell Curve and were criticized as part of the controversy surrounding that book.

In 1994, he was one of 52 people who signed the statement Mainstream Science on Intelligence defending many of the results in The Bell Curve.[5]

His article, "Skin color and intelligence in African Americans" (2002) states that lightness of skin color in African-Americans is positively correlated with IQ, which he argues derives from the higher proportion of Caucasian admixture.[6]

Lynn and Paul Irwing found in two meta-analyses (2004, 2005) that in the general population men have a higher IQs than women by 5 IQ points. In university students the difference is 4.6 IQ points.[1]

Lynn has published several papers showing that IQ is related to brain size and reaction time.[1]

In Dysgenics: Genetic Deterioration in Modern Populations (1996, second revised edition 2011) and Eugenics: A Reassessment (2001) Lynn reviews these areas and argues that the condemnation of eugenics in the second half of the 20th century went too far. See also Eugenics.

Lynn has spoken out against current mass immigration to Western countries citing issues such as race and intelligence and race and crime.[7] In October 2018 he addressed the Traditional Britain Group's annual conference on "The decline of IQs and intelligence in Europe"[8] due to alien immigration from the Third World. He predicted this decline would continue.