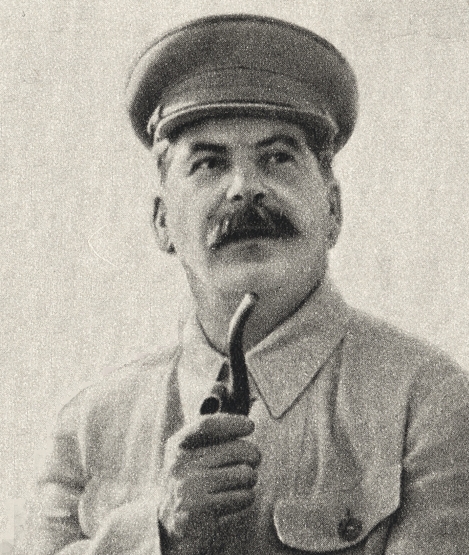 Joseph Stalin in 1937, during the Great Purge.

Joseph Stalin (18 December 1878 – 5 March 1953), born Ioseb Dzhugashvili, was a Communist leader and from around 1928, Communist dictator of the Soviet Union and later in practice the dictator of various other Communist-controlled territories.

His political repressions (such as the Great Purge), use of forced labor (the Gulag system), mass deportations, ethnic cleansings, agricultural collectivization associated with mass starvation (the Holodomor), and deaths due to atrocities during World War II (such as due to claimed mass killings of Germans by the WWII Allies and a scorched earth policy contributing to mass starvation of Soviet citizens) cost the lives of many millions people, leading many to regard him as one of the world's worst mass murderer. How many died is disputed.

Aside from the violence in the Soviet Union and Soviet occupied countries, Stalin was also responsible for covertly or overtly inciting, supporting, and controlling large scale communist infiltration, terrorism, and/or revolutionary attempts/preparations in many other countries. Examples include large scale support for Communists and Communist Red Terror during the Spanish Civil War and the extensive Communist infiltration in the United States that caused "McCarthyism".[1] 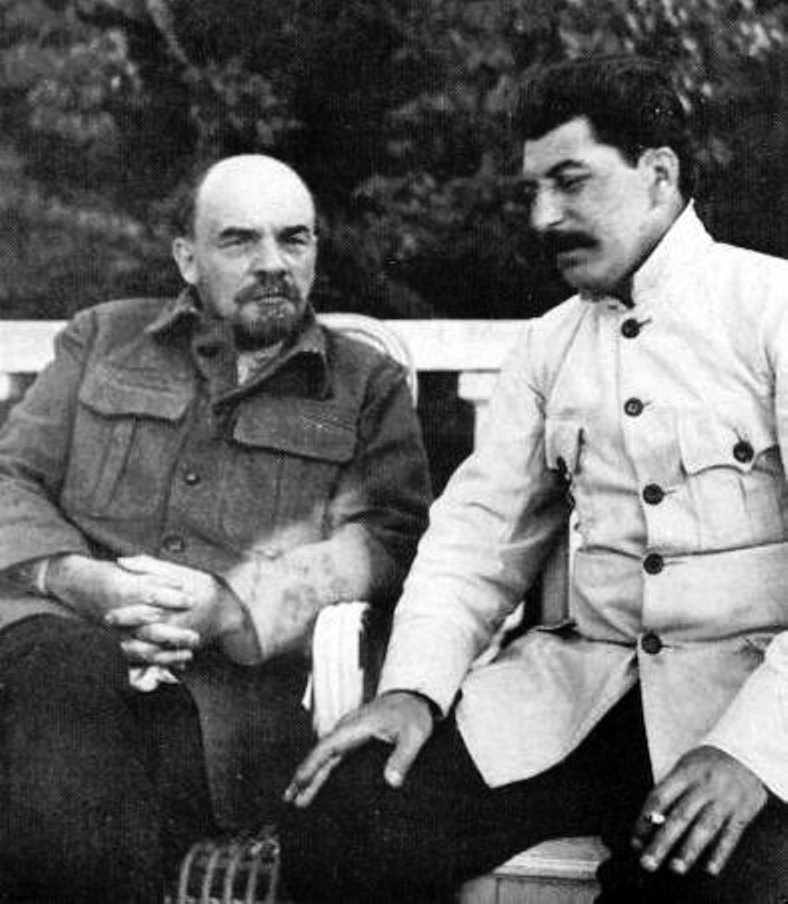 Stalin was born in Gori, Georgia, then part of Russia. Stalin is typically described as of Georgian origin, but rumors claim that he was Ossetian on the paternal side.

In 1884, he contracted smallpox and was left with facial pock scars. Aged 12, he was seriously injured after being hit by a horse-drawn carriage, which was the likely cause of a lifelong disability to his left arm.

He initially studied to become a priest but left, with different sources suggesting different reasons, such as interest in Marxism.

In December 1899, Dzhugashvili became, briefly, a clerk at the Tiflis Observatory, the only paid employment that he is recorded as having taken outside politics; there is no record of him ever having done manual labor.

After 1900, he incited labor demonstrations and strikes in the Caucasus, pushing workers into bloody clashes with the police. He raised money through robberies, ransom kidnappings, counterfeiting, and extortion. One armed robbery killed 40 people. Between 1902 and 1913, he was seven times arrested for revolutionary activity, undergoing repeated imprisonment and exile. The mildness of the sentences and the ease with which the young conspirator effected his frequent escapes has been seen as support for the theory that Stalin was for a time an agent provocateur in the pay of the Czarist political police.

He had a son, Yakov Dzhugashvili, who Stalin treated with contempt, calling him a weakling after an unsuccessful suicide attempt in the late 1920s; when Jacob was taken prisoner by the Germans during World War II, Stalin refused a German offer to exchange his son.

After more than 50 years, a letter containing private information about Stalin's personal life is said to show that Stalin had an affair with a Jewish woman and also took care of her child until she died. According to some evidence, Stalin may have even married the woman although officially he was only married twice.[2]

In 1917, he participated in the October Revolution. After Lenin's death, Stalin became the winner of the internal Communist power struggle, notably expelling and later killing Trotsky.

Alternative views and theories on Stalin 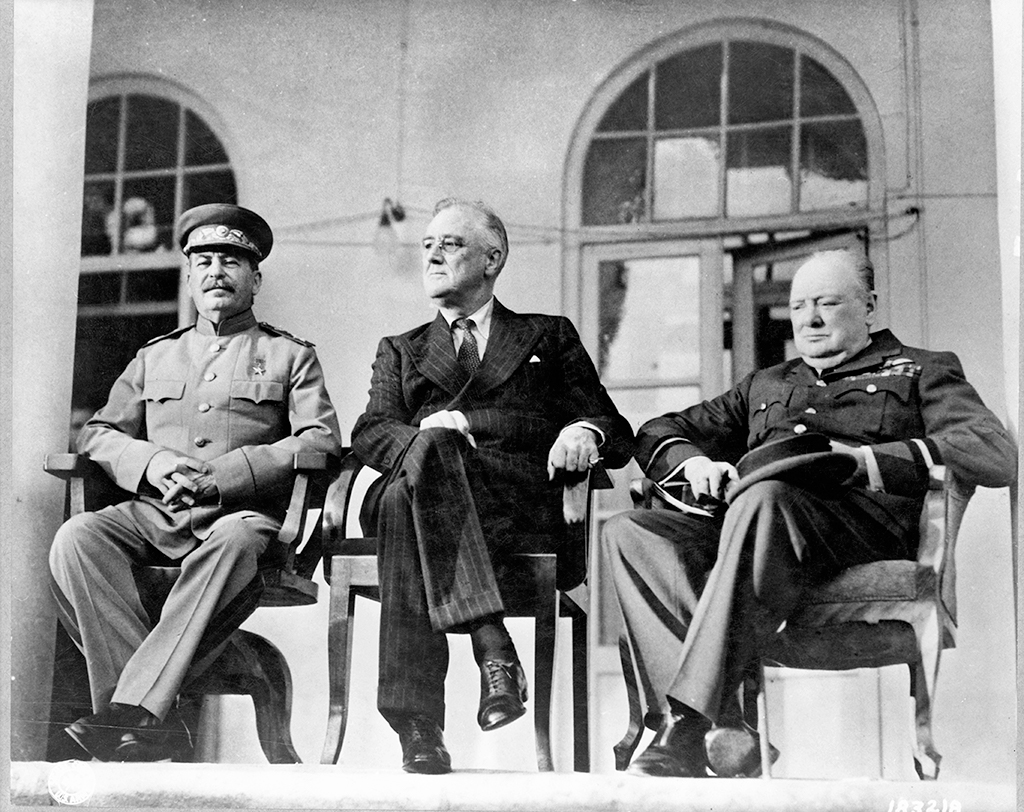 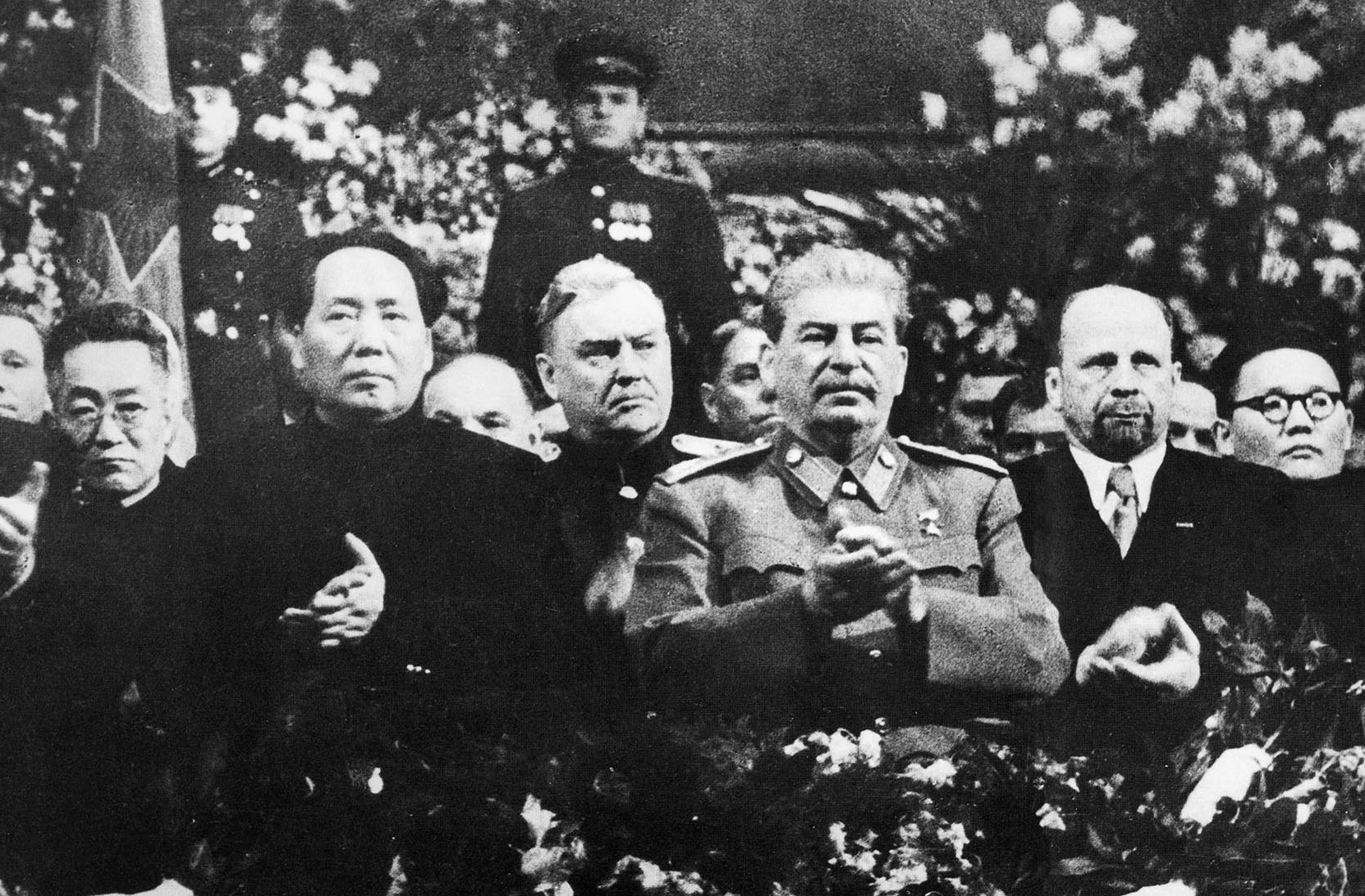 There are various alternative views on Stalin. Groups such as some Communists and some Russian nationalists have sometimes viewed Stalin more positively. An argued achievement is having created a (military) superpower. Critics of this argue that this was only achieved at the price of massive suffering for the population, ranging from the massive use of slave labor to concentrating on "heavy" industry with military applications while giving low priority to "light" industry producing goods useful for the civilian population. Technology was usually lagging (even military technolog) and often stolen from the West (such as nuclear weapons technology). The Soviet Union was endowed with massive natural resources, including massive oil reserves, without which history would likely have been quite different. The environmental damages caused during the Communist era are enormous. Russia was already on a path towards rapid industrialization before the Communists and would likely have achieved more with less suffering and damages without the Communists.

Negative actions by Stalin are sometimes viewed as being necessary and justified in order to create a strong Soviet Union, in order to be able to eventually defeat "Nazi Germany", which is viewed as having planned to attack and genocide the Slavs. This ignores that Stalin committed numerous atrocities before Hitler gained power. Another problem with this view is that Stalin personally had a large responsibility for the early enormous Soviet military defeats, such as by ignoring several warnings of an imminent German attack. Such a view is also dependent on the politically correct views on Lebensraum and subhumans, which have been criticized. See the articles on these topics.

A more negative view of Stalin has been argued by Viktor Suvorov and others who have argued that Stalin from the start was planning not defensively but offensively and was always planing to start a new World War of conquest for Communism. This may be associated with views such as Stalin in the beginning secretly supporting the National Socialists (even helping them come to power), with the intention of inciting a devastating war similar to World War I between Germany and other capitalist countries. This would cause the capitalist countries to be greatly weakened, ripe with internal unrest, and then easily conquered by later Communist invasions and internal Communist uprisings. See Soviet offensive plans controversy.

Stalin's relationship to Jews has often been discussed. He has been seen as anti-Semitic for reasons such as his alliance with Hitler, his campaigns against the Jewish Trotsky and claimed "Trotskyists" (many of whom were Jews), the Great Purge that also reduced the Jewish influence (and increased long repressed Russian influence), and argued increasing suspicions of Jewish loyalty and anti-Semitic campaigns in association with the creation of Israel. On the other hand, he had a son and daughter who married Jews, he had important Jewish associates and allies (including against Trotsky), he was himself from a non-Russian ethnic minority and thus likely not a covert Russian nationalist, and his argued anti-Semitic actions have been seen as due to general paranoia rather than due to a particular dislike of Jews. Supporters of the view that Stalin was always planning for a future World War of conquest have argued that the reduction of Jewish influence (and increase of Russian influence) was done in order to achieve a temporary alliance with Hitler and in order to increase Russian support for the regime during the planned future war.

Stalin is often viewed as having been much worse than Lenin and Trotsky, despite many of the same problems existing when Lenin and Trotsky were in power (famine and mass starvation, mass executions, labor camps in Siberia, red terror, secret police, and so on). This may be related his argued anti-Semitism and Stalin, unlike Lenin, on a large scale persecuting fellow Communists. Stalin also instituted some policies that may have been unpopular among leftist historians, such as outlawing abortion and homosexuality, reducing anti-Christian and anti-religious persecutions during WWII, and favoring socialist realism in the arts.

Stalin has often been argued to have been assassinated in 1953. Speculations have included that this was stop a planned anti-Semitic purge and deportation of Jews. Thus, it has been stated that in 1953 "the Kremlin ordered the construction of four giant prison camps in Kazakhstan, Siberia and the Arctic north, apparently in preparation for a second great terror -- this time directed at the millions of Soviet citizens of Jewish descent."[3][4]

Some Holocaust revisionists have argued that Stalin already before this was responsible for more limited deportations and mass deaths of Jews. See Soviet deportation of some of the Jews allegedly killed during the Holocaust theory.

Part of this article consists of modified text from Wikipedia, and the article is therefore licensed under GFDL.
Retrieved from "http://en.metapedia.org/m/index.php?title=Joseph_Stalin&oldid=472484"
Categories: