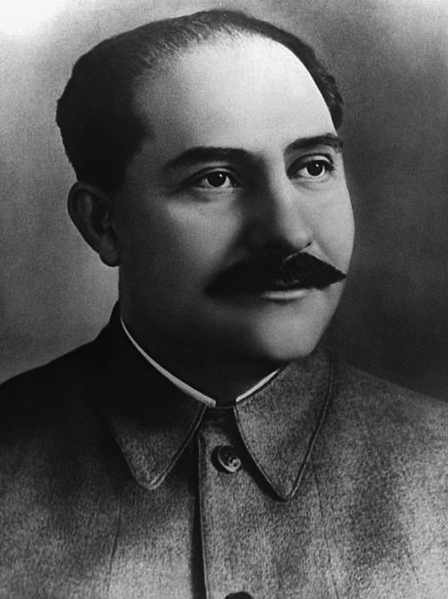 Lazar Moiseyevich Kaganovich (22 November 1893 – 25 July 1991) was a Jewish Soviet politician and administrator and one of the main associates of Joseph Stalin. He is known for helping Stalin come to power and for his harsh treatment and execution of those deemed threats to Stalin's regime.

Kaganovich played a central role during the Great Purge, personally signing over 180 lists that sent tens of thousands to their deaths. For his ruthlessness, he received the nickname "Iron Lazar". He also played a role in organizing, planning and supervising the collectivization policies that led to the catastrophic Soviet famine of 1932–33 (the Holodomor in Ukraine in particular).

Part of this article consists of modified text from Wikipedia, and the article is therefore licensed under GFDL.
Retrieved from "http://en.metapedia.org/m/index.php?title=Lazar_Kaganovich&oldid=453443"
Categories: