Richard Schulze, after 1945 Schulze-Kossens (b. 2 October 1914 in Spandau, Berlin, German Empire; d. 3 July 1988 in Düsseldorf, West Germany), was a German officer of the SS and Waffen-SS, who served in various positions. In April 1945 he served as provisional commander/leader (Führer) of the 38. SS-Grenadier-Division „Nibelungen“ in WWII, which was taken over by Knight's Cross holder SS-Brigadeführer Heinz Lammerding (de) on 15. April 1945. 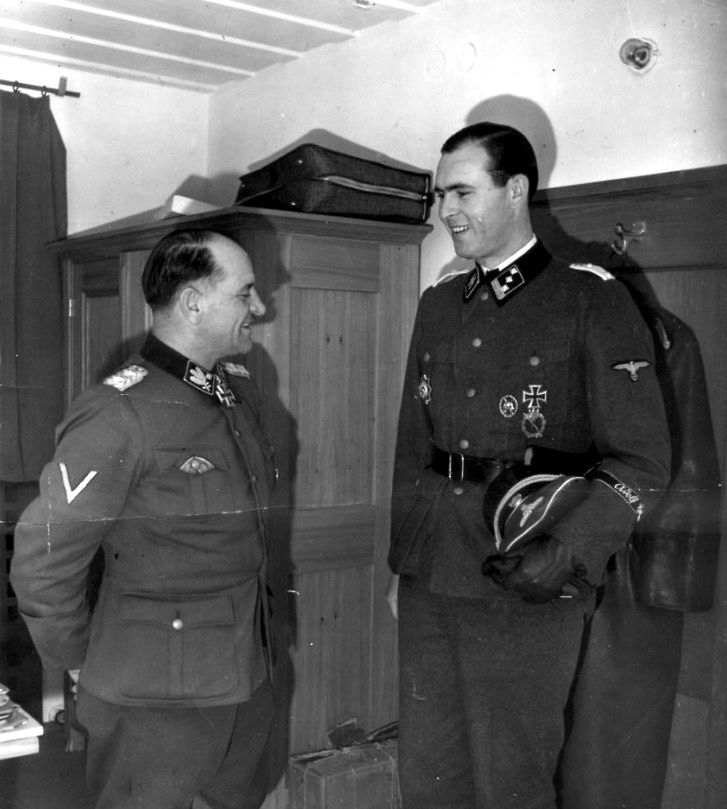 Sepp Dietrich and Richard Schulze, who received the DKiG on this day 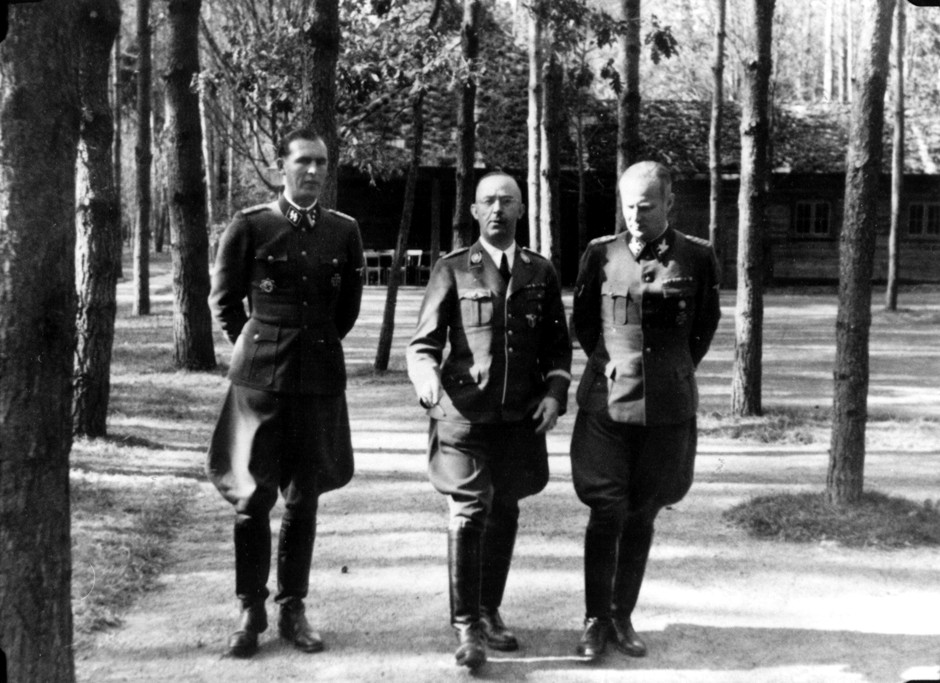 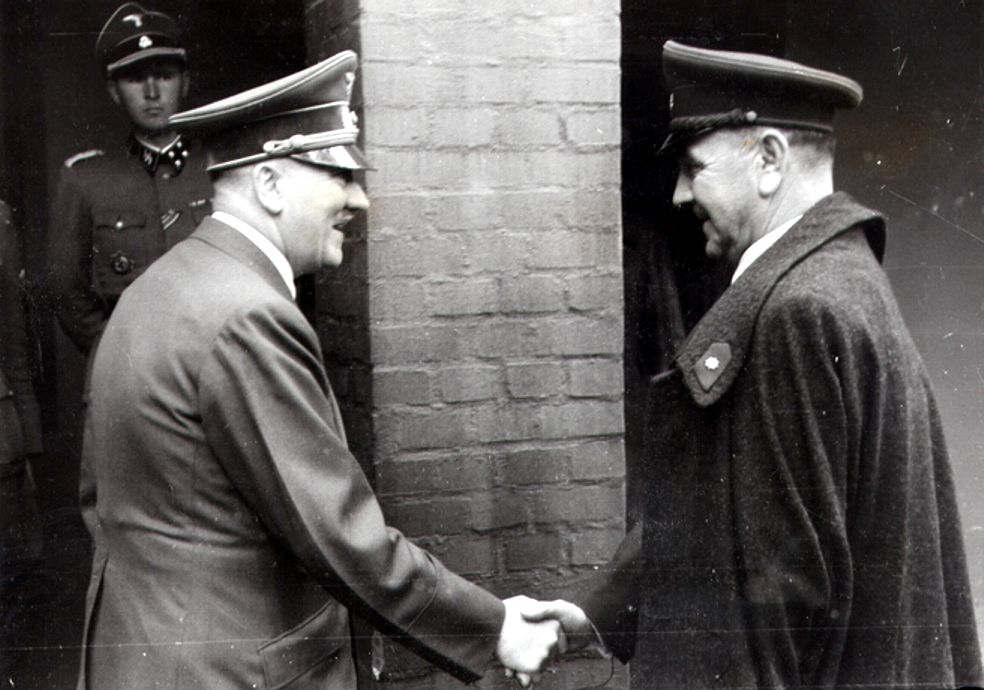 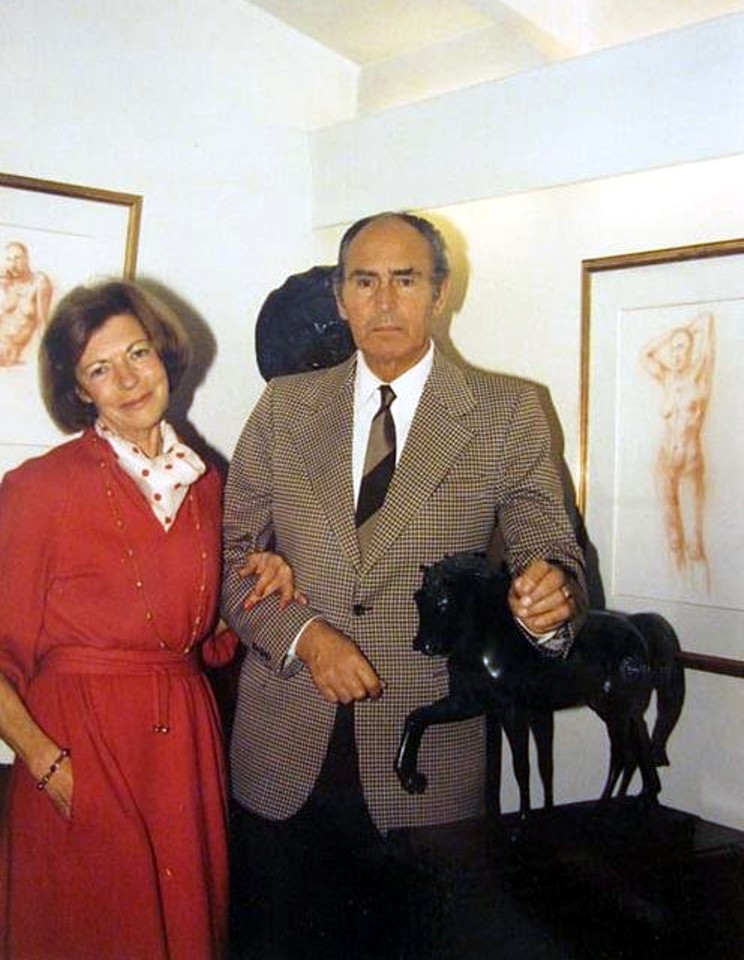 Richard Schulze was born in Spandau, Berlin. A year after graduating from Gymnasium in 1934, the 20-year-old Hitler Youth member Schulze entered the Allgemeine SS (SS-Nr.: 264 059) and was assigned to 6. SS-Standarte in Berlin. In November 1934, he served in the Leibstandarte SS Adolf Hitler (LSSAH), one of Adolf Hitler's SS bodyguard units. Between 1935 and 1937 took various officer training courses at the SS-Junkerschule Bad Tölz, in Jüterbog and Dachau.

In May 1937, Schulze became a member of the NSDAP. Schulze served as personal adjutant to Foreign Minister Joachim von Ribbentrop from April 1939 until January 1941. Schulze is pictured standing with Molotov, Ribbentrop, Stalin and Soviet Chief of Staff Shaposnikov at the signing of the Molotov–Ribbentrop Pact of 23 August 1939.

From October 1941 and at intervals thereafter, he was an SS ordinance officer and SS adjutant for Adolf Hitler. While serving in these roles, Schulze was also a member of the Führerbegleitkommando (FBK), which provided personal security for Hitler. In December 1942, Hitler transferred some of the command authority of the FBK to Schulze. He was placed in charge of administration, guidelines for training, discipline, deployment and transfer of members of the unit.

By 1944, he was promoted to the rank of SS-Obersturmbannführer (lieutenant colonel). He became the divisional commander of the 38th SS Division Nibelungen in 1945. At that time, Schulze was the commanding officer of the SS-Brigade Nibelungen and the SS cadet training school at Bad Tölz.

David Irving has stated that

"On June 9, 1977, I planted Hitler's personal adjutant Richard Schulze-Kossens (you can see him in the background at the Kremlin signing of the Ribbentrop-Stalin pact in August 1939) in the London audience of the live David Frost Programme, and invited this former S.S. colonel, when I was challenged on this point, to stand and tell the multi-million television audience just that: that from 1942-1944 he had been charged by Hitler to attend every single conference, even the most secret ones alone with Heinrich Himmler, and that not once had any extermination of the Jews been discussed or even mentioned in these conclaves."[1]

SS-Obersturmbannführer a. D. Richard Schulze-Kossens died of lung cancer in 1988.

His funeral was attended by more than 100 former SS personnel, including Hitler's aide Otto Günsche, a longtime close friend, as well as Himmler's, according to the "New York Times" in a 11 July 1988 article citing a report by "Die Welt" Chief adjutant Werner Grothmann, who was one of two former officers who gave dignified eulogies.

Schulze had a younger brother, Hans-Georg Hubertus „Frettchen“ Schulze, who fell (⚔) on 27 July 1941 as an SS-Obersturmführer (SS-Nr. 270.844) in the 1st company of the 1st Sturmbann of the Leibstandarte "Adolf Hitler" on the Eastern Front.

After the war, Richard Schulze married his fiancée Monika Kossens, after which both of them used the marital double name "Schulze-Kossens".