From Metapedia
(Redirected from Molotov–Ribbentrop Pact)
Jump to: navigation, search 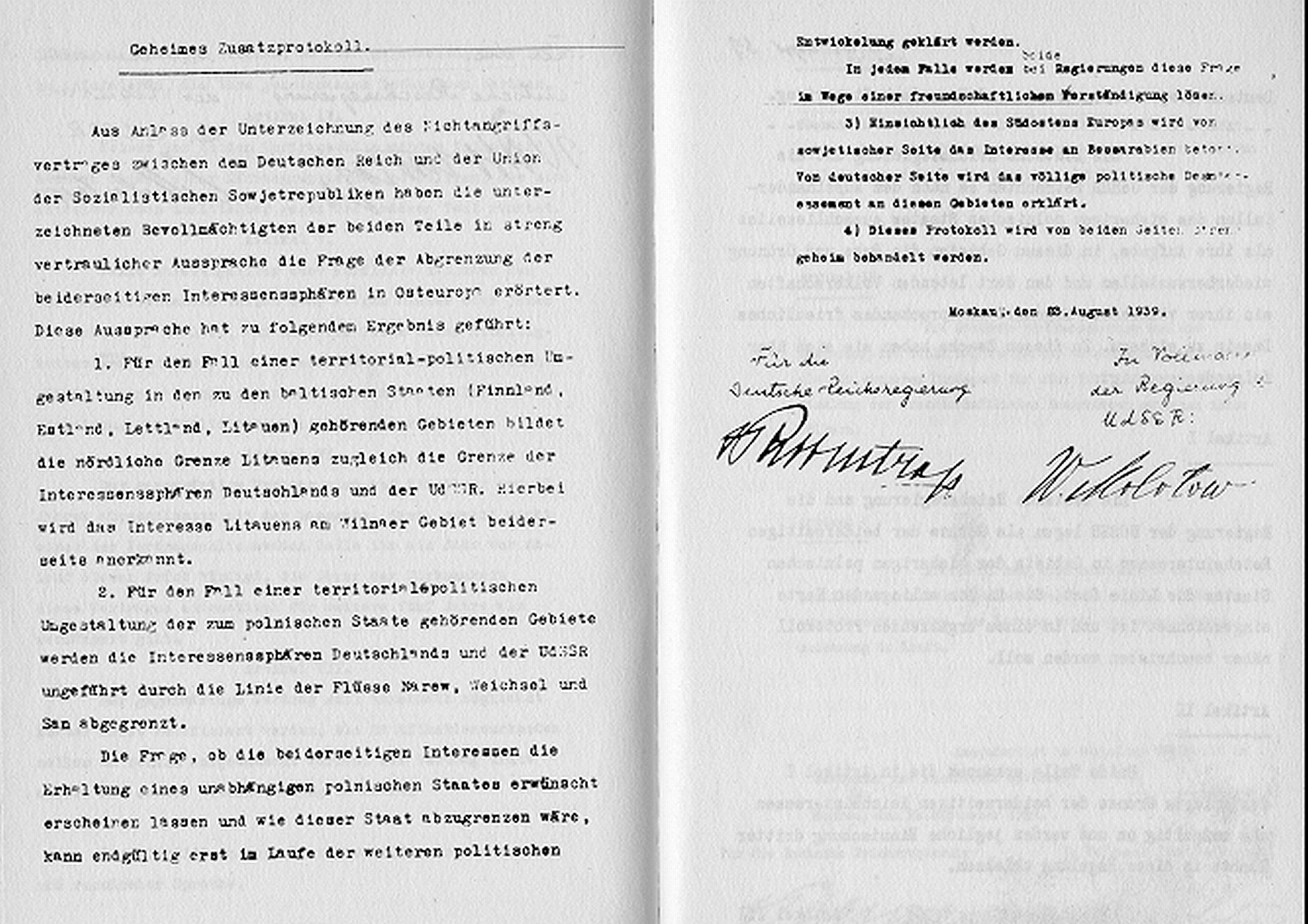 The German-Soviet Non-Aggression Pact also called the Molotov–Ribbentrop Pact and the Hitler-Stalin Pact was an agreement signed on 23 August 1939 in which National Socialist Germany and Soviet Union would never attack one another and would support each other if attacked by a third party.

In addition, the treaty permitted Germany to invade and annex most of Poland; and allowed the Soviet Union, in return, to invade certain states (almost all of which territory had been in Imperial Russia prior to 1919):

Poland was firstly invaded by Germany after numerous Polish provocations and anti-German atrocities in Poland, and then by the Soviets who occupied approx one third of the east of the country. The Pact stayed in effect until intelligence gathered by Germany showed that the Soviet Union was preparing the ground for an attack against Germany by 1943 at the latest.[1] Germany therefore invaded the Soviet Union in Operation Barbarossa on 22 June 1941.