From Metapedia
(Redirected from DKiG)
Jump to: navigation, search

German Cross in Silver, Gold and with Diamonds; bottom row: 1957 version of the Federal Republic of Germany without the prohibited Swastika, instead with the Iron Cross.

The order consists of a star badge, containing a swastika. It had a diameter of 6.5 cm and was worn on the right-hand side of the tunic. From June 1942 the gold version was officially available in cloth form, for easier wear on the combat uniform. This had the same dimensions as the original decoration, with the wreath circling the swastika, the only metal part of the badge. The backing cloth reflected the arm of service: field grey for the Heer and Waffen-SS, or Kriegsmarine dark blue or Luftwaffe pale blue. It was awarded for the first time am 18 October 1941 in the gold version. 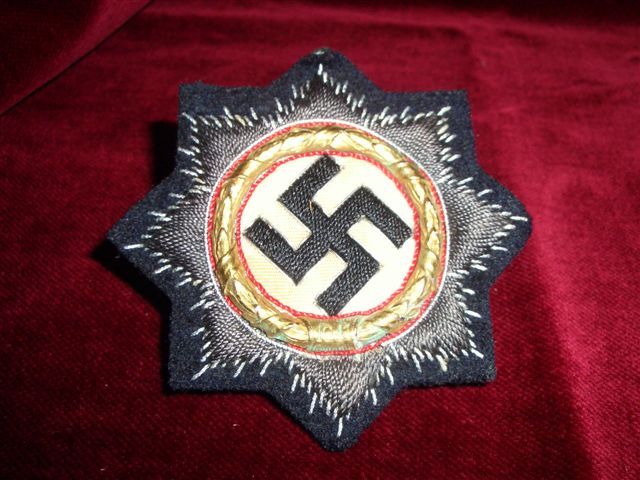 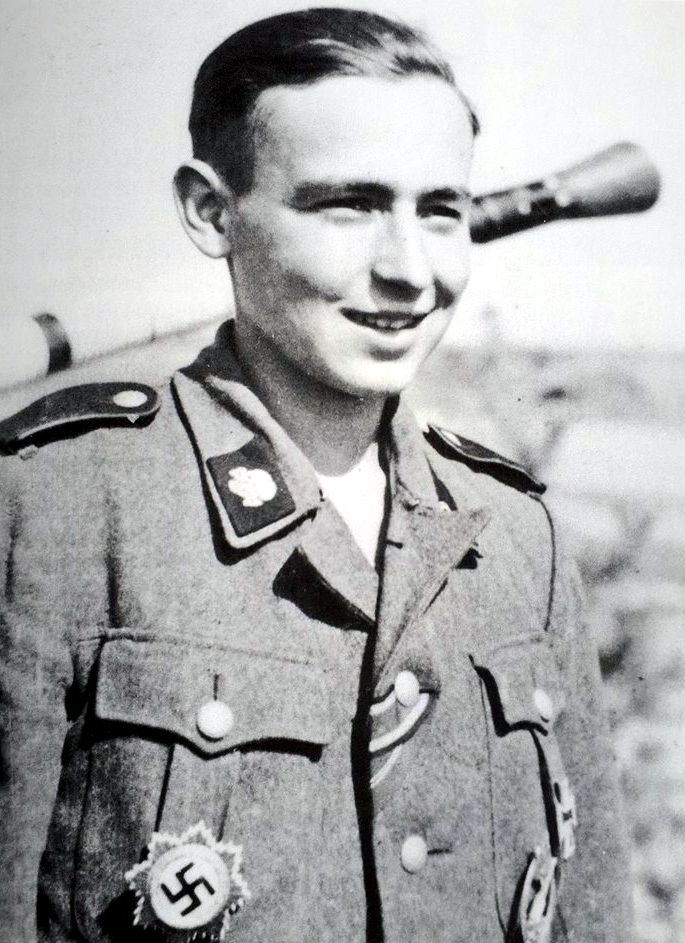 20-year-old Alfred Hilger with his GCiG 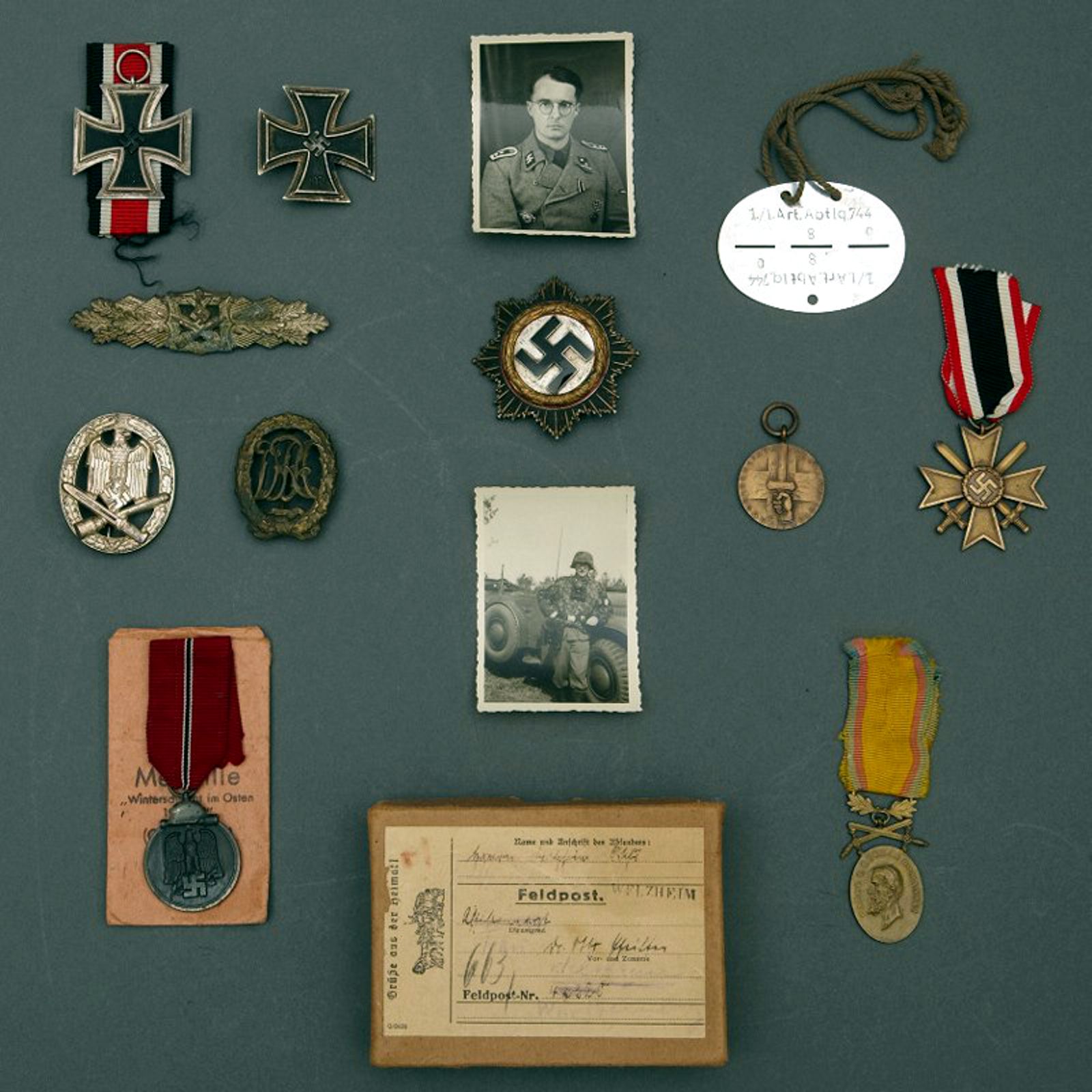 Awards of a Waffen-SS paramedic

Twenty specimen copies of a special grade, the German Cross in Gold with Diamonds, were manufactured in 1942, but this grade was never formally instituted or bestowed. At the end of the war they were still at Schloss Klessheim in Wals-Siezenheim, 4 km west of Salzburg, Austria and were stolen by US-American soldiers. Three of these specimens can be seen in the West Point Museum of the United States Military Academy in West Point/New York.

While civilians were not eligible, awards could be made to members of uniformed formations including the police and railway workers. From 30 August 1944, recipients of the gold class of the Close Combat Clasp were normally also awarded the German Cross in gold, without the need for further justification, although the additional award was not made in all cases. While estimates vary, approximately 24,204 gold and 1,114 silver crosses were awarded.

Ca. 26,000 German Crosses in Gold were awarded. It is assumed that every Gold Cross version of a maker also has a Silver Cross equivalent. However, due to the low number of Silver Crosses awarded, in many cases this cannot be verified. Crosses were initially made from Tombac. Tombac examples are known as "heavy" crosses. Later, the material was changed to Cupal. Cupal examples are known as "light" crosses.[1]