From Metapedia
(Redirected from Invasion of Poland (1939))
Jump to: navigation, search 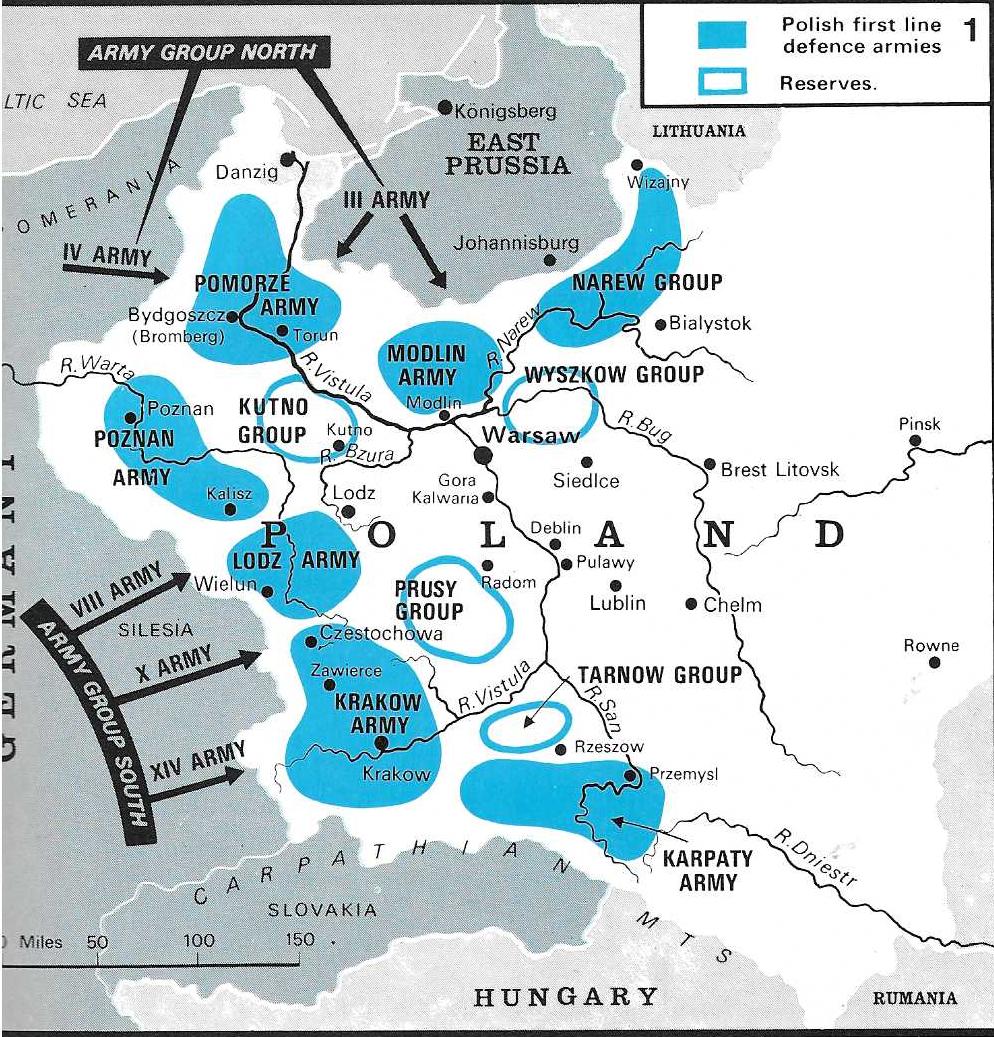 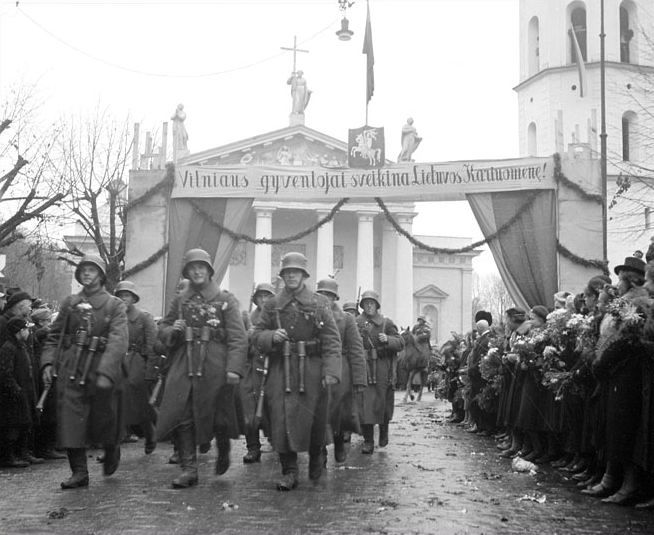 The Campaign in Poland consisted of military action between Germany and Poland from 1 September, 1939. It concluded with the complete and absolute defeat of Poland. Germany argued their response was to "Macedonian conditions" on their borders and twenty years of Poland's deliberate provocations. Finally, Poland's partial mobilisation against Germany from 25 March 1939 was followed by her full mobilisation announced on August 30th. 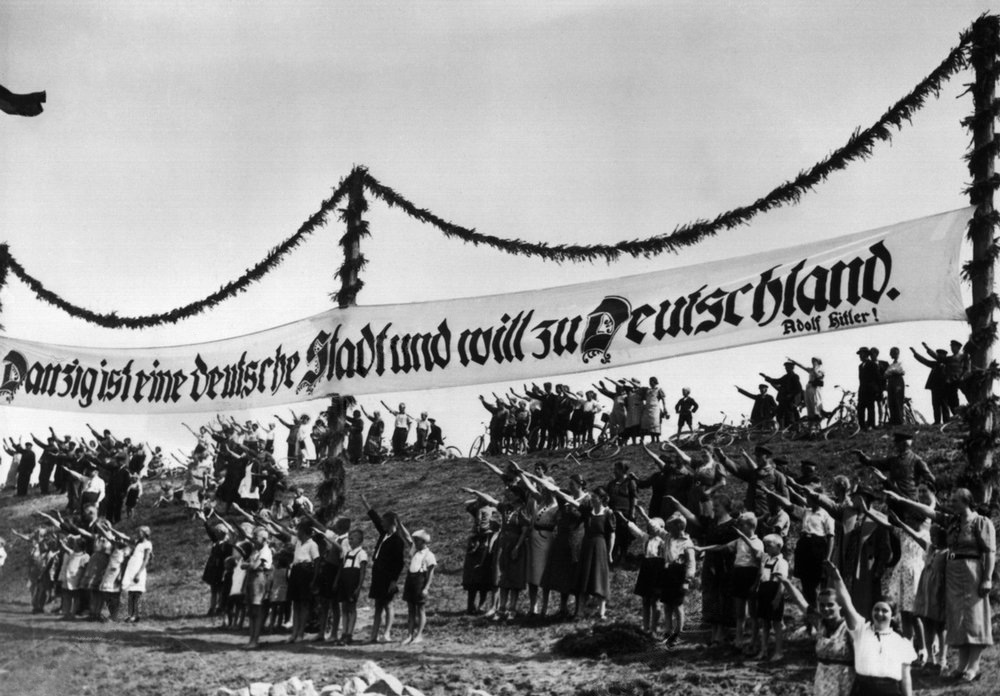 Inauguration of the new Danzig bridge at Rotebude with a banner that reads: "Danzig is a German city and wants to belong to Germany", 20 August 1939. 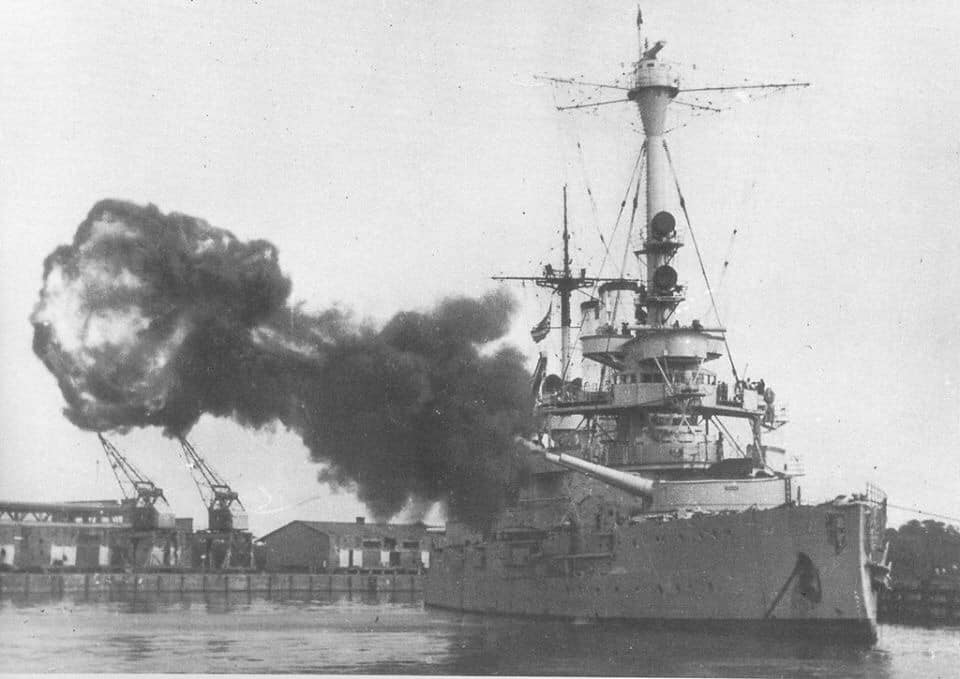 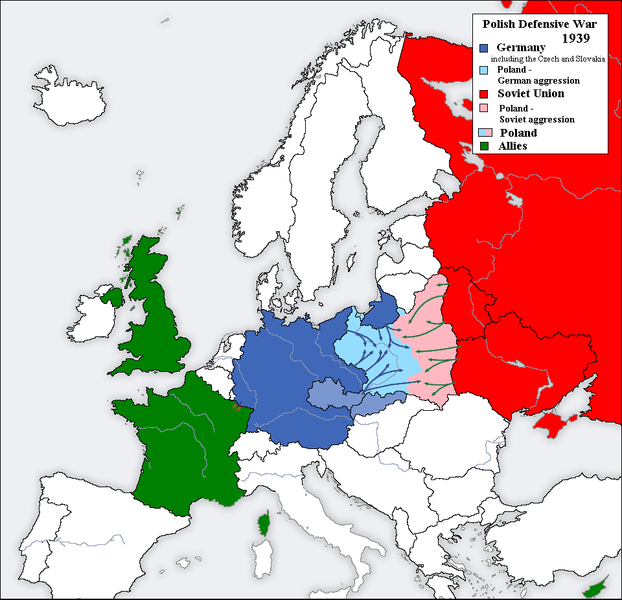 An Allies map of the Campaign in Poland. The pink areas were originally Lithuania but awarded to Poland at at Versailles in 1919. 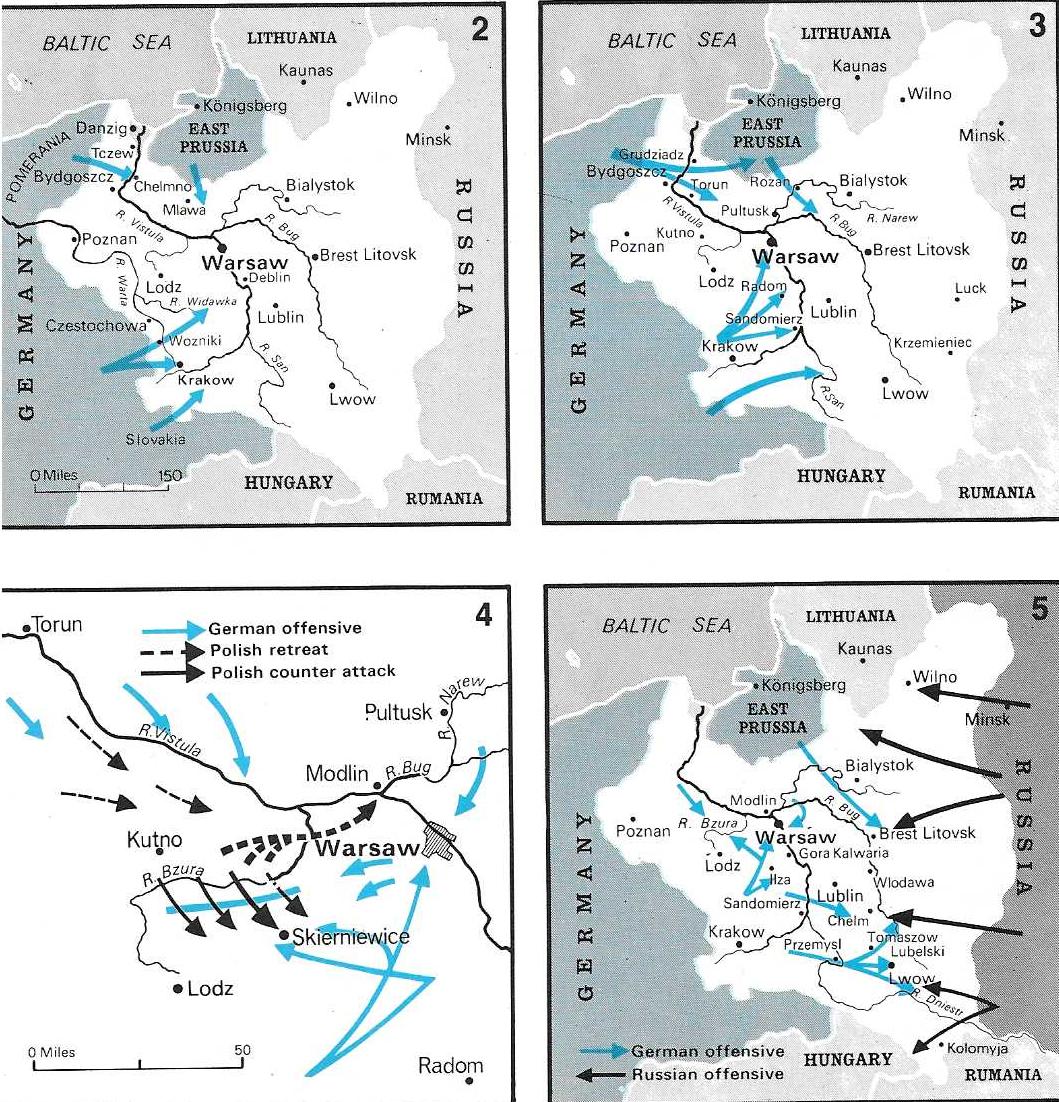 Poland had begun partially mobilising its army since 25 March 1939 and on August 30th announced full mobilisation. It has long been accepted that mobilising armed forced against another country is a de facto declaration of war.[20] There were also rumours of an imminent Polish attack on Danzig, due to the new Polish blockade of the Free City.[21]

At 8 p.m. on August 31st uniformed Polish soldiers, speaking Polish, attacked the Gleiwitz broadcasting station in Upper Silesia. The staff were all locked in the cellar. A soldier then broadcast:

By the time the first police arrived from their station 1 km away the intruders had left. Upper Silesia had for 20 years been the scene of Polish nationalist unrest and terrorism. The Poles subsequently said this was a false flag operation by the Germans themselves, with not a scrap of evidence to support such an allegation. Upper Silesia had since 1919 been a hotbed of anti-German terrorism, so something of this nature is hardly surprising.

It is interesting that so many since have labelled Germany's reaction to these activities as belligerent.

"During the night" of 31 August - 1 September, 1939, the Poles blew up the massive and principal railway bridge at Dirschau and fighting took place with the Danzigers.[22] This would appear to show that Poland was the aggressor. At about 5 a.m., the German battleship Schleswig-Holstein, on a courtesy visit in Danzig harbour, was given orders to open fire on the illegal[23][24] Polish military base at the Westerplatte[25][26] at Danzig. Some consider these to be the opening shots of the German-Polish war. The following day German destroyers arrived to assist the bombardment of Westerplatte. Meanwhile, Polish forces attacked Danzig from the west but were repulsed.[27]

Berlin Radio at 5.40 a.m. broadcast the following: "Fuhrer issued the following Proclamation to the army. The Polish State has refused a peaceful settlement of relations which I desired and has appealed to arms."[28]

Polish army demolition experts having blown up the vast railway bridge at Dirschau, built by Germany before The Great War, then proceeded to do the same to the massive bridge at Graudenz[29][30]; Swedish diplomat Johan Dahlerus telephoned Charles Spencer at the London Foreign Office saying "The Poles do not want to negotiate. They are sabotaging everything."[31] The German city of Beuthen in Upper Silesia was bombarded by Polish artillery; the German Consul in Crakow was murdered.

The British Ambassador at Warsaw reported further on German activities (always upon information provided by the Poles): Myszyniec was attacked at 5 a.m., German forces crossed the river Vistula between then and 6.45, near Deutsch-Eylau. Tanks observed near Śmiłów; weak attack in direction of Leszno (Lissa); air raid on Posen; attack between Neu-Mittelwalde and Ruchtal; tank attack on front at Praszka-Krzepice; attack on Lubliniec and Tarnowskie Gory (Tarnowitz) each by one battalion with tanks; tank attack on front at Gleiwitz-Ratibor (Upper Silesia); air raids on the aerodromes and railway stations of Kattowitz and Crakow.[32]

Following the outbreak of war significant atrocities and murders of ethnic Germans who lived in Poland, usually having lived and remained in the German provinces given to Poland under the Versailles Treaty, were carried out by the Polish military and even civilians.[33] The worst were those carried out in Bromberg and surrounding towns and villages.[34][35]