Hans-Georg von Seidel (b. 11 November 1891 in Diedersdorf, Landkreis Lebus, Province of Brandenburg, Kingdom of Prussia, German Empire; d. 10 November 1955 in Bad Godesberg, FRG) was a German officer of the Prussian Army, the Imperial German Army, the Reichswehr and the Wehrmacht, at last General der Flieger of the Luftwaffe and recipient of the Knight's Cross of the War Merit Cross with Swords in WWII. 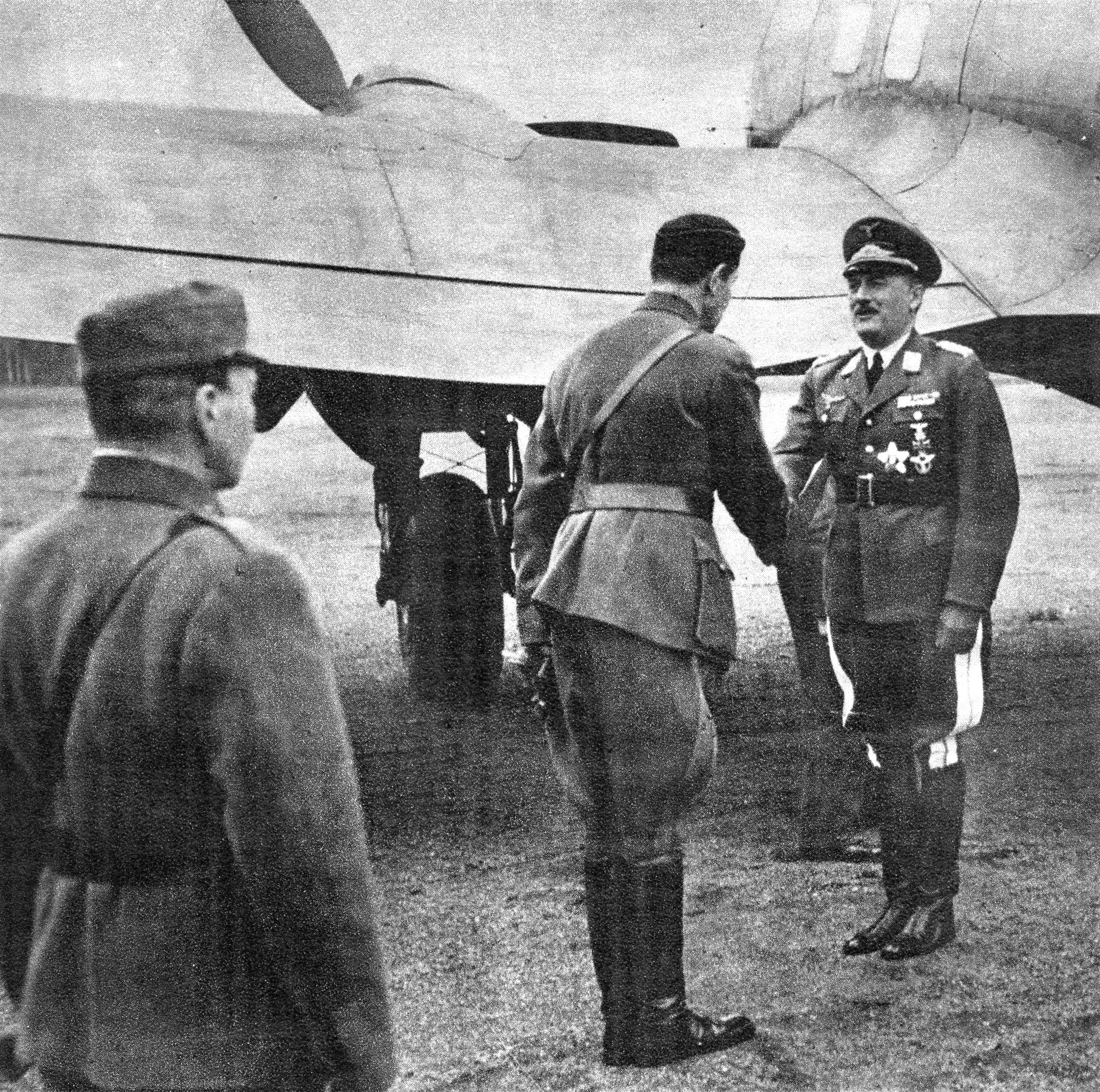 The General of the Luftwaffe, von Seidel, is met by Generals Lundqvist and Malmberg at his visit in Finland, 1942 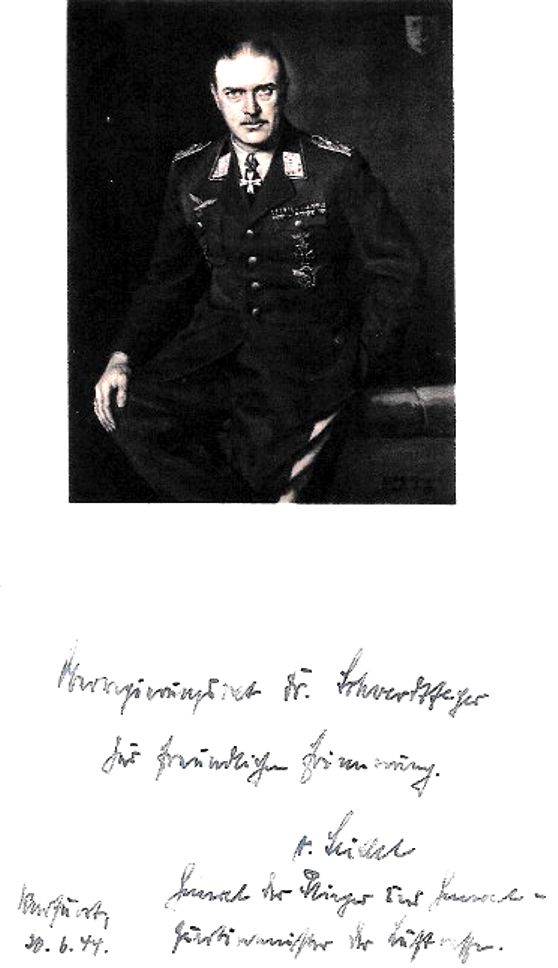