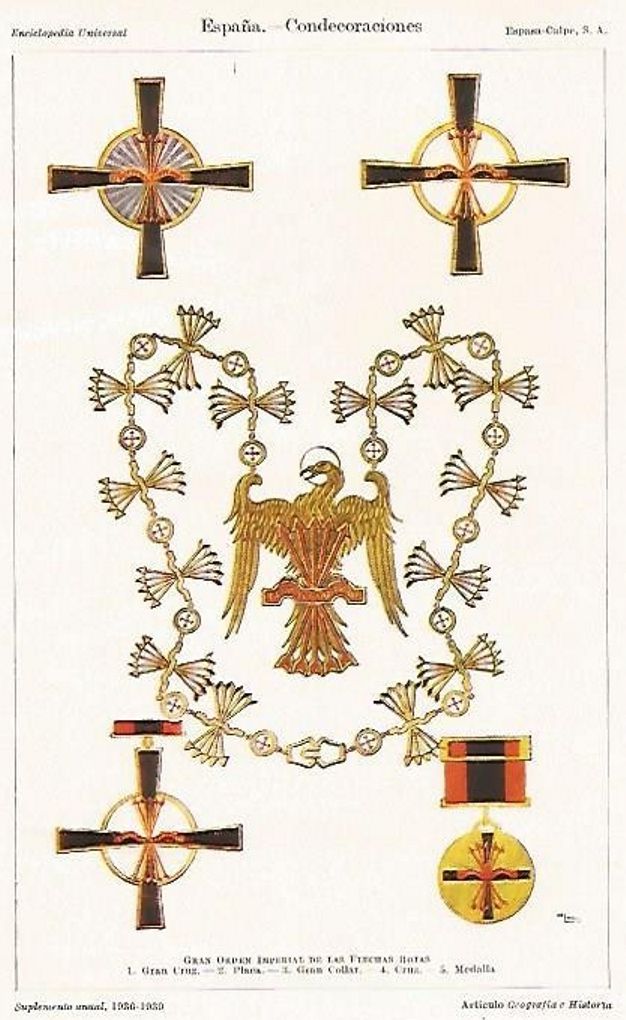 The Grand Imperial Order of the Red Arrows (Spanish: Gran Orden Imperial de las Flechas Rojas), renamed Imperial Order of the Yoke and Arrows (Spanish: Orden Imperial del Yugo y las Flechas) on the 27 January 1943, was a Spanish state and military order. It was established in 1937 under Francisco Franco and abolished on 1. Oktober 1975. Many members of the Legion Condor, especially those of the Luftwaffe of the Wehrmacht during the Spanish Civil War, received this award. In WWII, many of the members of the "Blue Division" were decorated with the Imperial Order. 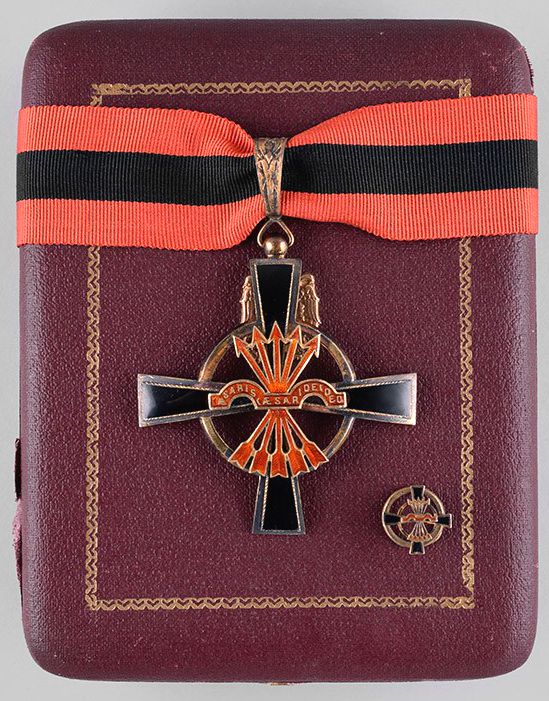 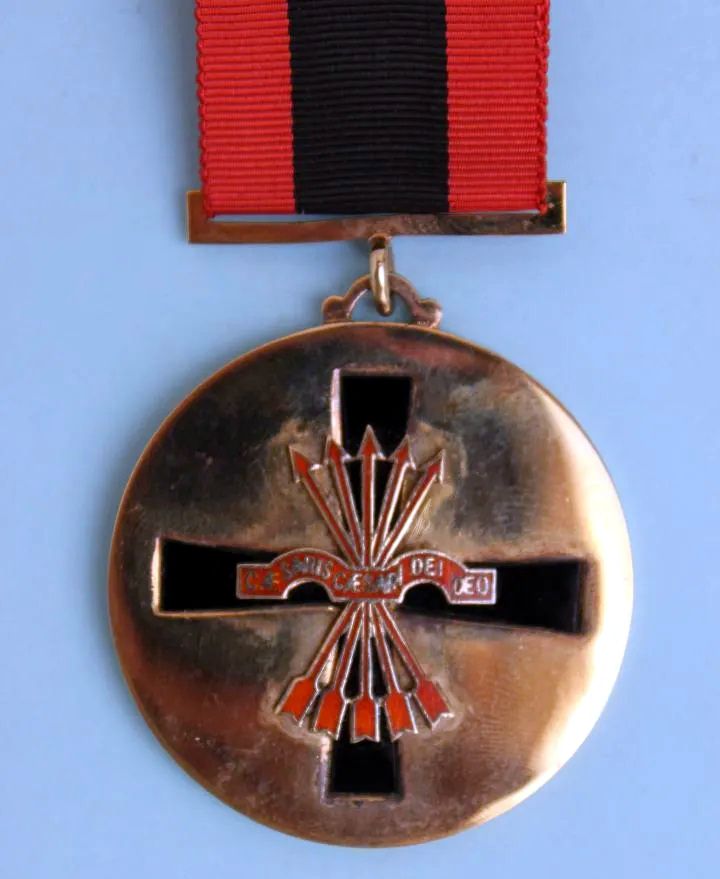