From Metapedia
(Redirected from Berghof (residence))
Jump to: navigation, search 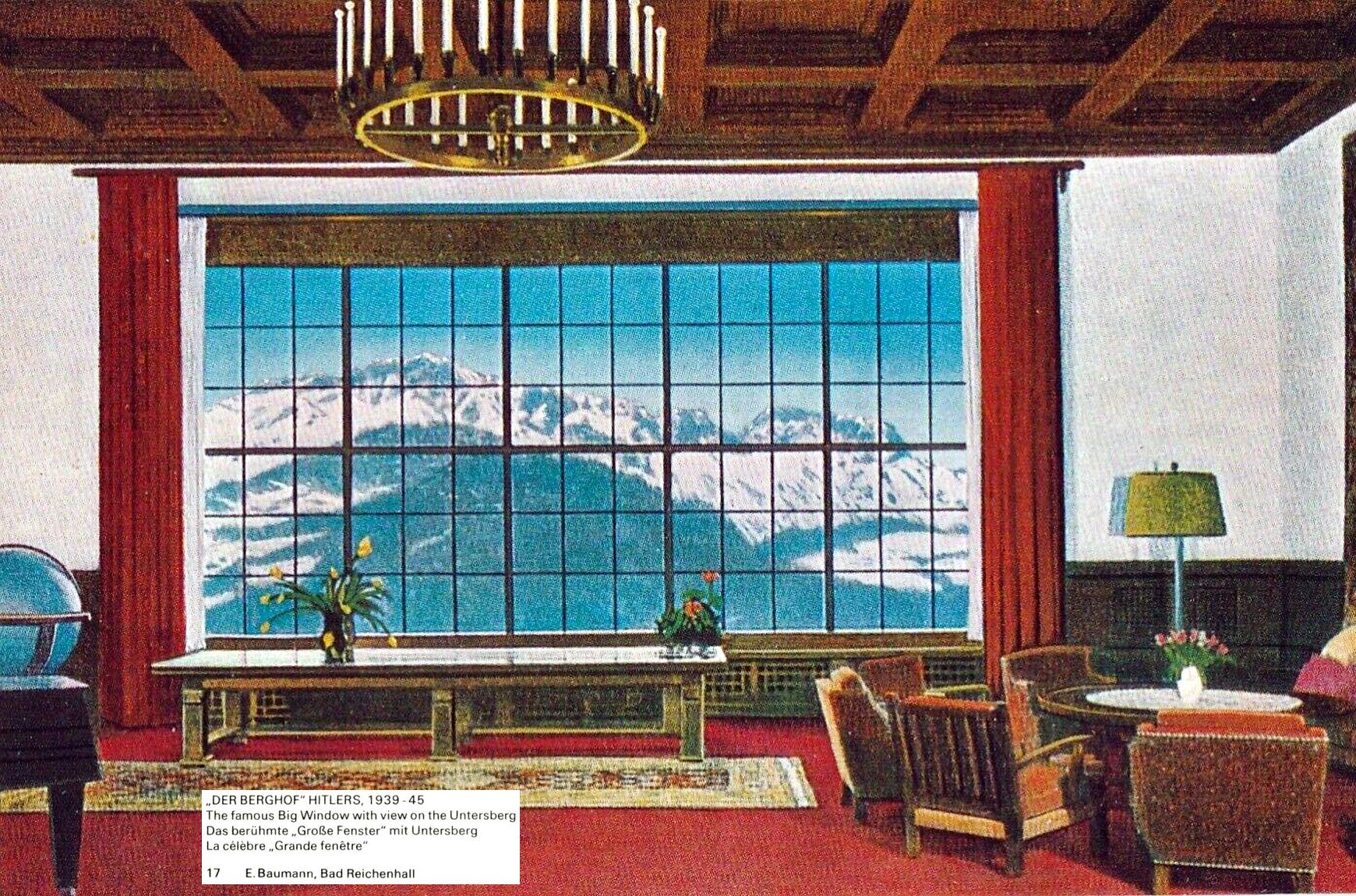 The Berghof was Adolf Hitler's home in the Obersalzberg of the Bavarian Alps near Berchtesgaden, Germany. Next to the Wolfsschanze, this was the place where Hitler spent the most time during World War II and it was also one of the most widely known of Hitler's headquarters[1] which were located throughout Europe. Rebuilt, much expanded and re-named in 1935, the Berghof as such was a functioning residence for less than ten years. In late April 1945 the house was damaged by British aerial bombs, set on fire by retreating SS troops in early May, looted after Allied troops reached the area and demolished in 1953. 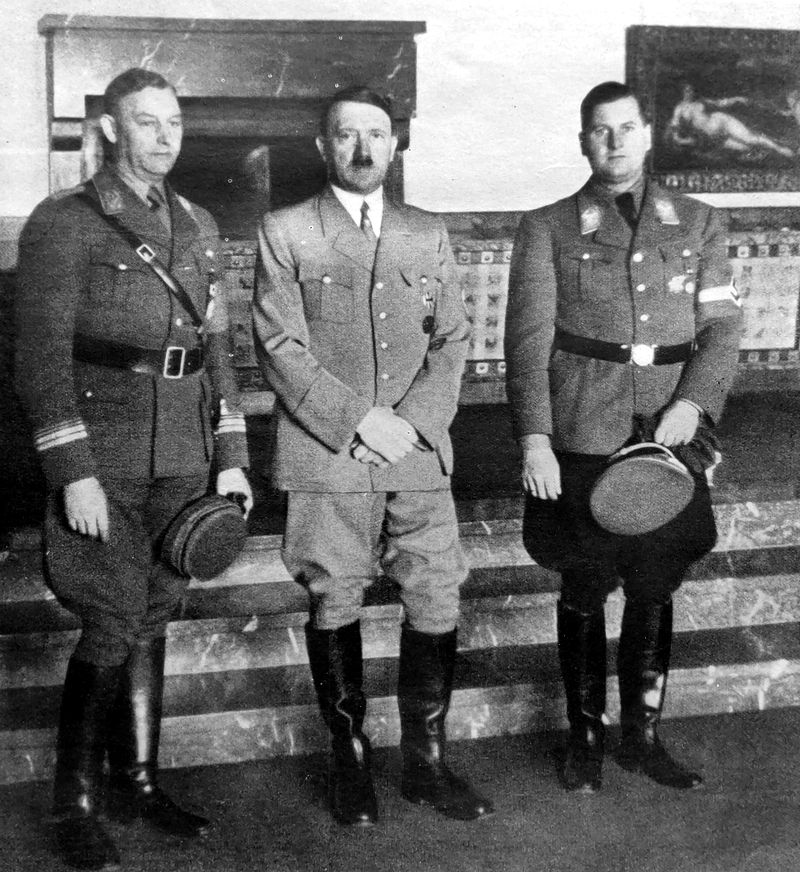 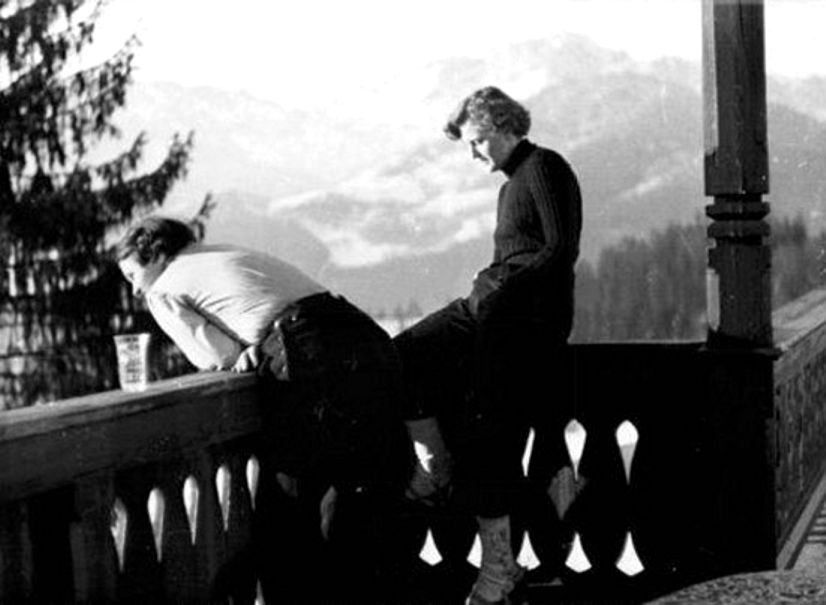 Erna Hoffmann (left), wife of Heinrich Hoffmann, and Eva Braun (right) during a vacation at the Berghof 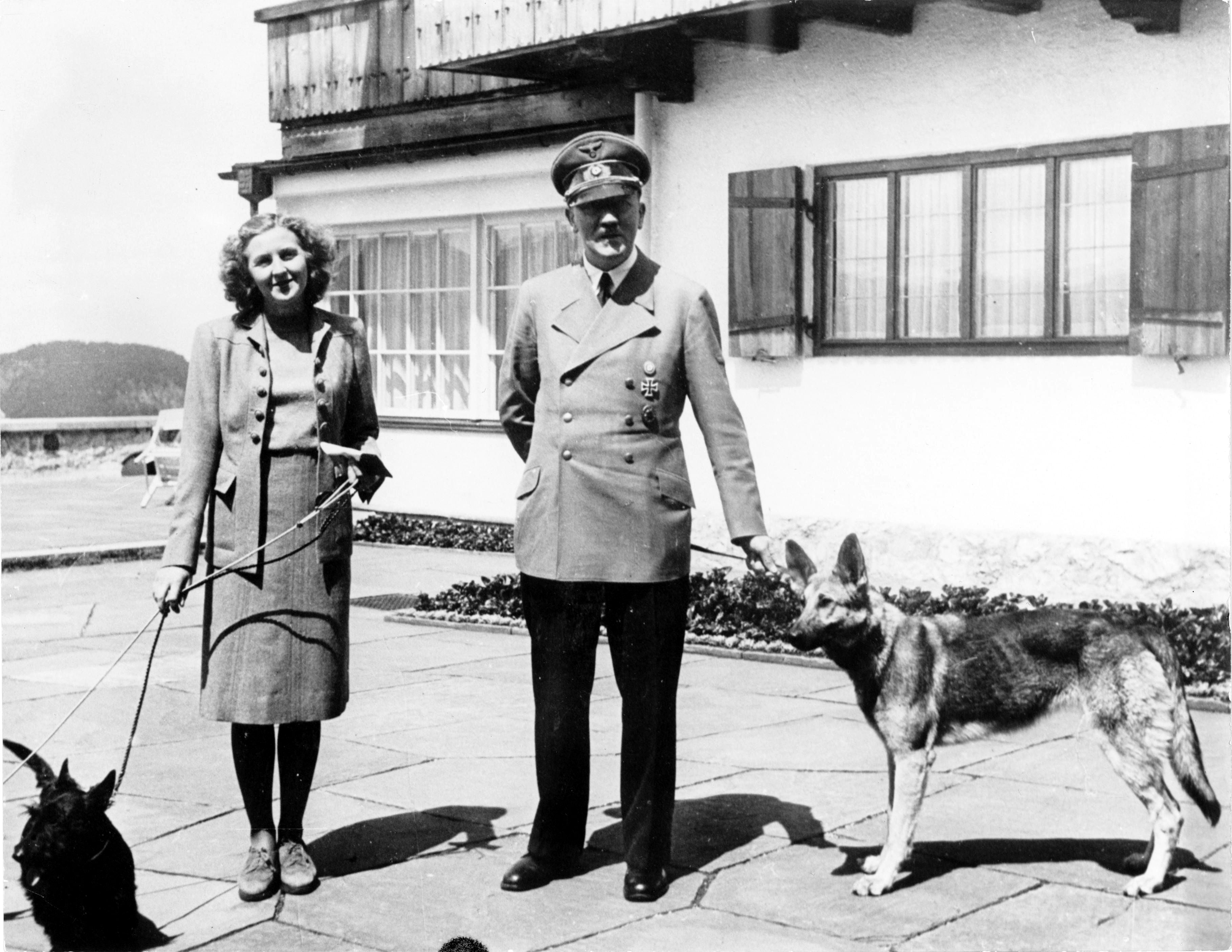 The Berghof began as a much smaller chalet called Haus Wachenfeld, a holiday home built in 1916 by Otto Winter, a businessman from Buxtehude.[2] Winter's widow rented the house to Hitler in 1928 and his half-sister Angela came to live there as housekeeper (she left soon after her daughter Geli's 1931 death in Hitler's Munich apartment following a stay at the house). By 1933 Hitler had purchased Haus Wachenfeld with funds he received through the sale of his political manifesto Mein Kampf.

The small chalet-style building was refurbished and much expanded during 1935–1936 when it was re-named The Berghof. A large terrace was built and featured big, colourful, resort-style canvas umbrellas. The entrance hall "was filled with a curious display of cactus plants in majolica pots." A dining room was paneled with very costly cembra pine. Hitler's large study also had a telephone switchboard room. The library had books "on history, painting, architecture, and music." A great hall was furnished with expensive Teutonic furniture and a large globe[3] along with an enormous red marble fireplace mantel. Behind one wall was a projection booth for evening screenings of movies (these were often Hollywood productions which were otherwise banned in Germany). A sprawling picture window could be lowered into the wall to give a sweeping, open air view of the snow covered mountains in Hitler's native Austria. The house was maintained much like a small resort hotel by several housekeepers, gardeners, cooks and other domestic workers. Guests at the Berghof included painters, singers and musicians, along with political figures, among them:

"This place is mine," Hitler was quoted as saying to a writer for Homes and Gardens magazine in 1938. "I built it with money that I earned." [4][5] British Homes & Gardens magazine characterized him as "his own decorator, designer, and furnisher, as well as architect" and described the chalet as "bright and airy" with "a light jade green colour scheme," noting caged "Hartz mountain [sic]" canaries were kept in most of the rooms which were furnished with antiques, mostly German furniture from the eighteenth century. Old engravings hung in the guest bedrooms, along with some of Hitler's small water-colour sketches. Smoking was allowed on the terrace (the householder didn't smoke). Hitler's vegetarian diet was fed by nearby kitchen gardens and later, a greenhouse. A Kehlsteinhaus, nicknamed Eagle's Nest by a French diplomat, was built in 1938-1939 (with remarkably lavish government funds spent as a national gift for his 50th birthday) on the mountaintop above the Berghof, but Hitler rarely went there. A large complex of mountain homes for the National socialist leadership along with a landing strip and many buildings for their security and support staff were constructed nearby. To acquire the land for these projects, many local residents were ordered to sell out and leave.[6]

The Berghof became something of German tourist attraction during the mid-1930s which led to severe restrictions on access to the area along with other security measures. On 11 May 1941, Karlheinz Pintsch visited the Berghof to deliver a letter from Rudolf Hess informing him of his illegal flight to Scotland, hoping to mediate peace between the Reich and Great Britain.

After the war Hitler's adjutant Otto Günsche told Soviet interrogators how Braun had once wanted to hire ten more serving girls to help the 30 people already working in the villa. Hitler relayed her request to his secretary Martin Bormann by exclaiming, "I stamp whole divisions into the dirt! And I can't get a few more serving wenches for the Berghof? Organise it now!"[7]

In 1937 a Teehaus with a round main room was built in a wooded area on Mooslahnerkopf hill (Braun spelled it Moslanderkopf in photo albums), across the small Berchtesgaden valley from the Berghof. Hitler took an almost daily afternoon walk there when he was at Berchtesgaden. The stroll along the mostly wooded path between the Berghof and the teahouse was less than a kilometer and at one spot featured a scenic overlook of the whole valley, fitted with wooden railings and a bench, where many widely-known photographs were taken and political discussions were held (in 2004 this site was somewhat restored to its early 1940s era appearance for a German television mini-series). At the teahouse Hitler might even nap in an easy chair, surrounded by friends and associates from his inner circle.[9] Most of the few surviving photographs of Hitler wearing eyeglasses were taken in the teahouse. Some sources have now and then mistakenly captioned photographs snapped in the Mooslahnerkopf Teehaus as having been shot in the spectacular Kehlsteinhaus far above the Berghof, where Hitler seldom went.

The Obersalzberg was bombed by hundreds of British Lancaster bombers of the Royal Air Force, including aircraft from No. 617 Squadron RAF ("The Dam Busters"), on 25 April 1945, twelve days before the surrender of German forces on 7 May. At least two bombs struck the Berghof. On 4 May, four days after Hitler's suicide in Berlin, departing SS troops set fire to the villa. Only hours later the U.S. 3rd Infantry Division arrived at Berchtesgaden along with the so-called 'Free French' 2nd Armoured Division. The Americans reportedly muddled Berchtesgaden with the Berghof and a French army captain along with his driver were the first Allied personnel to reach the still smoldering chalet. A French tank crew soon joined them. Over the next few days the house was thoroughly looted and stripped, apparently by Allied soldiers. The American 1st Battalion of the 506th A regiment (led by Company C) arrived four days later, on 8 May. The 3rd battalion of the 506th came into Berchtesgaden by a different route and sustained casualties in a skirmish with the crews of two German 88 mm guns.

The teahouse on Mooslahnerkopf hill was unscathed in the April 1945 bombing raid but by 1951 the house-sized building had been knocked down by the Bavarian government because of its link with Hitler. For 55 years the more or less recognizable teahouse ruins (along with mostly intact basement rooms below) lay in the woods by the 13th hole of the post war Gutshof (Manor farm) golf course. These were taken away altogether during the late summer of 2006.

The Berghof's shell survived until 1952 when the Bavarian government blew it up, fearing the ruin would become a national shrine and sight-seeing attraction. The garage remained until 1995. The ruins were further obliterated during the 1990s and early 2000s. By 2007 trees had overgrown the site and only scattered rubble and the top of a retaining wall were visible.[10]