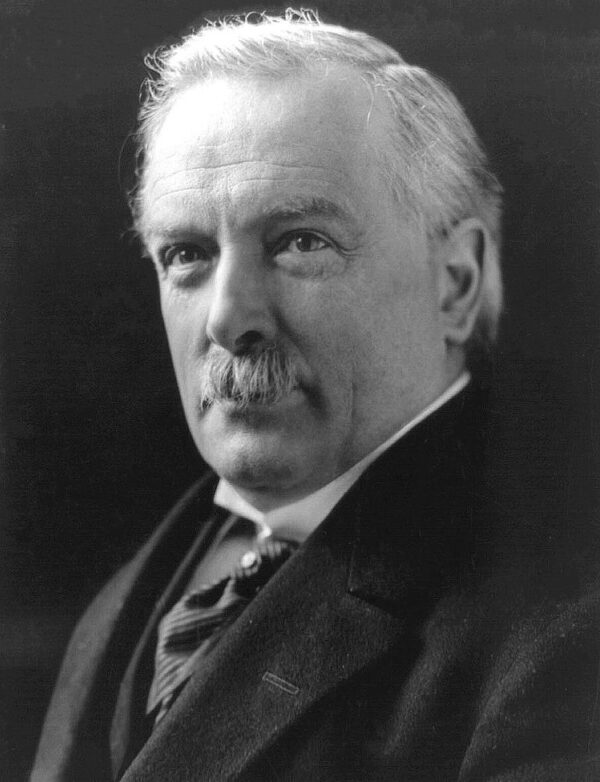 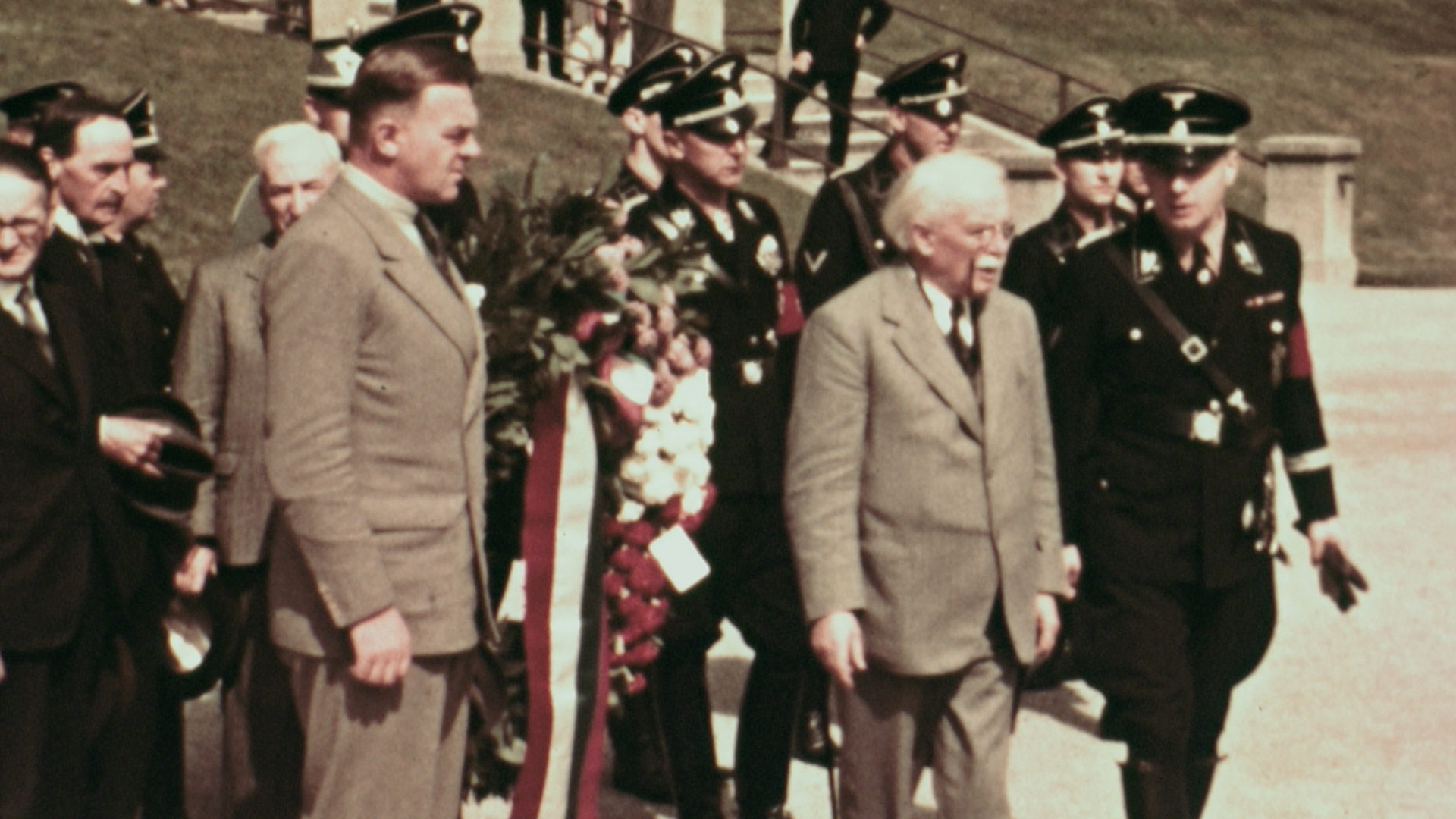 Visit of the Rt. Hon. David Lloyd George, O.M., M.P., to Germany from 2 until 26 September 1936; Lloyd George laid a memorial wreath for the fallen of World War One.

During a long tenure of office, mainly as Chancellor of the Exchequer, he was a key figure in the introduction of many reforms which laid the foundations of the modern welfare state. He was the last Liberal to be Prime Minister, as his coalition premiership was supported more by Conservatives than by his own Liberals, and the subsequent split was a key factor in the decline of the Liberal Party as a serious political force. When he eventually became leader of the Liberal Party a decade later he was unable to lead it back to power.

He is best known as the highly energetic Prime Minister (1916–1922) during the First World War leading to victory over the Central Powers. He was a major player at the Paris Peace Conference of 1919 that disastrously reordered the world after the Great War.

Lloyd George was a devout Evangelical and an icon of 20th century liberalism as the founder of the welfare state. He is regarded as having made a greater impact on British public life than any other 20th century leader.[2]

Following the visit, Lloyd George described Hitler as a 'remarkable personality' and lauded him as 'one of the greatest I have ever met in the whole of my life'. Hitler added that he was pleased to have met 'the man who won the war', prompting Lloyd George to call Hitler 'the greatest living German'. He said in a newspaper interview: 'Germany does not want war. Hitler does not want war. He is a most remarkable personality, one of the greatest I have ever met in the whole of my life, and I have met some very great men. 'Affection is a quite inadequate word to describe the attitude of the German people towards Hitler. It amounts almost to worship.' He added that there was 'no whisper of criticism' of the Nazi leader. 'I have never seen anything like it,' he continued. 'Some men I met who are not Nazis told me that they did not know what the country would have done without him. 'They are inclined to blame Hitler's supporters for some of the things which they do not approve, but there is no whisper of criticism of Hitler. 'It is just like our motto, "The King can do no wrong"'. He also praised the Nazi leader as 'the George Washington of Germany'. The visit came about when Lloyd George, the Prime Minister during the First World War against Germany, visited Hitler's home at Haus Wachenfeld near Berchtesgaden in the Bavarian Alps. The pair first met alone at the Berghof, before Lloyd George returned for tea the following night. During the visit, Lloyd George was impressed by Germany's public works programmes which he saw first hand.[3]