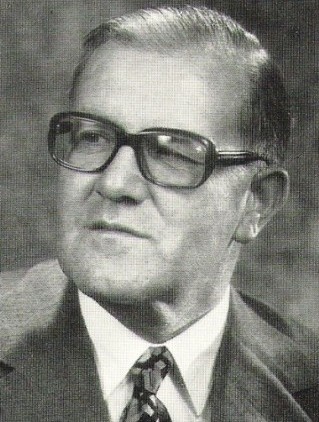 Armin Mohler (12 April 1920 – 4 July 2003) was a political writer and philosopher, known for his works on the Conservative Revolutionary movement and a member of the Neue Rechte movement.

Born in Basel, Switzerland, Mohler studied art history, German literature, and philosophy at the University of Basel, where he briefly supported Communism. At the age of 20, he was drafted to the Swiss army, but instead in 1942 moved to National Socialist Germany, where he tried to join the Waffen SS, but was refused. When he returned to Switzerland, he was imprisoned for desertion.

He worked as a secretary for Ernst Jünger, but increasingly felt that Jünger had become too moderate after the end of the war.

Mohler went on to work as a journalist for different newspapers. In 1960, he started working for the Carl Friedrich von Siemens Foundation and became its director.

He repeatedly spoke out against a legal ban on "Holocaust denial"

In the 1950s, Mohler contributed to journals such as Nation Europa. In 1970, he became a major contributing editor to the conservative monthly magazine Criticon. In his later years, he supported the Neue Rechte weekly paper Junge Freiheit. He actively promoted the Nouvelle Droite philosopher and his long-time friend Alain de Benoist.

In a 1995 newspaper interview, he answered the question of whether he was a fascist with "Yes, in the sense of José Antonio Primo de Rivera". When asked what fascism meant to him, Mohler said: “For me, fascism is when disappointed liberals and disappointed socialists come together for something new. The result is what is called a conservative revolution."

Part of this article consists of modified text from Wikipedia, and the article is therefore licensed under GFDL.
Retrieved from "http://en.metapedia.org/m/index.php?title=Armin_Mohler&oldid=448440"
Categories: