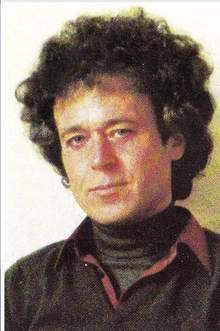 Gerd-Klaus Kaltenbrunner was a critic of modernism, a religious Catholic, and due to his being well-educated and knowledgeable, was very influential in German Conservatism, politically and ideologically. Kaltenbrunner upheld the idea of the reality and importance of ethnicity or nationality and also believed that Christianity was an essential force in shaping the European spirit. [1]

He attempted to revive German Conservatism after World War II [2] and give it credibility by tracing its intellectual legacy throughout European history and giving the term a new understanding, which he did most prominently by his book Rekonstruktion des Konservatismus ("Reconstruction of Conservatism"), also known as Konservatismus in Europa ("Conservatism in Europe"), which was a collection of essays by various authors including himself. [3]

Kaltenbrunner also contributed to the re-establishment of conservative thought by working with other conservative or Neue Rechte intellectuals such as Armin Mohler and Hans-Dietrich Sander,[4] and further by editing and publishing 75 volumes of various conservative works through the Herder Initiative publisher. In his later life he was very mystical and lived secluded from the public, producing spiritual writings. [5] Of the latter, the most prominent were Johannes ist sein Name ("John is his Name") and Dionysius vom Areopag ("Dionysius of Areopagus"). [6]

In three of his most prominent books, Rekonstruktion des Konservatismus, Der schwierige Konservatismus ("The Difficult Conservatism"),[7] and Wege der Weltbewahrung ("Ways of World-Preservation")[8] he reasserted the concept of "evolutionary traditionalism," which is related to the concept of "Revolutionary Conservatism" expressed by the philosophers of the German Conservative Revolution. His concept of conservatism states that true conservatism is neither a "status quo ideology" nor a backwards reactionary ideology, but a worldview which always holds on to what is eternal or always good, lets go of what is transitory when it becomes a burden, and at the same time assimilates new ideas which are beneficial. Thus, "Conservatism is the changing expression of what at heart remains unchangeable, a consciousness of the fundamental conditions of social stability, of the very conditions of human nature." [9] In Der schwierige Konservatismus, Kaltenbrunner discussed the philosophers Søren Kierkegaard, Juan Donoso Cortés, Johann Jakob Bachofen, Novalis, Franz von Baader, Adam Müller, Alexis de Tocqueville, Vilfredo Pareto, and Ludwig Klages, which were selected as notable examples of conservative thinkers.

In another notable book, Elite. Erziehung für den Ernstfall ("Elite: Education for Emergency"), Kaltenbrunner wrote that elites are vital to every human society and cannot function without them; elites referring not just to political or economic leaders and managers, but also to educational, intellectual, and ideological elites. [10] Kaltenbrunner's other major and well-known works are his three volume series titled Europa: Seine geistigen Quellen in Portraits aus zwei Jahrtausenden ("Europe: Its Intellectual Sources in Portraits over Two Millenia")[11] and a subsequent three volume series titled Vom Geist Europas ("On the European Spirit"). Both of these series, six books total, contained discussions of and overviews of the philosophies of a vast amount of European thinkers from Ancient Greece to the modern era which Kaltenbrunner believed were important or neglected by the mainstream media. [12]