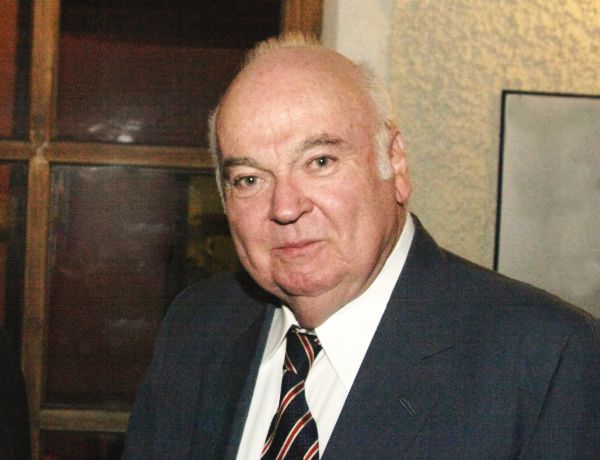 Gerhard Frey (b. 18 February 1933 in Cham;[1] d. 19 February 2013 in Gräfelfing by Munich) was a German publisher, businessman and politician. His father, Adalbert Frey, was a German officer, who fought in both World War I and World War II.

Dr. rer. pol.[2] Frey was the chairman and main financial backer of the prominent patriotic party Deutsche Volksunion (DVU; English: German People's Union), which he founded in 1971. He resigned as chairman in January 2009.[3] The left-wing academic Cas Mudde described Frey as "One of the most influential people in the German post-war extreme right scene" and a "multi-millionaire media czar who owns and publishes several newspapers".[4]

Frey, whose wealth had been estimated at 250 million euros, was married to the great love of his life Regine Frey, with whom he has four children.[5] Among them his daughter Michaela (b. 1965), who is a jurisprudent, and his son Gerhard jr. (b. 1969), who is an attorney.