From Metapedia
(Redirected from A.K. Chesterton)
Jump to: navigation, search 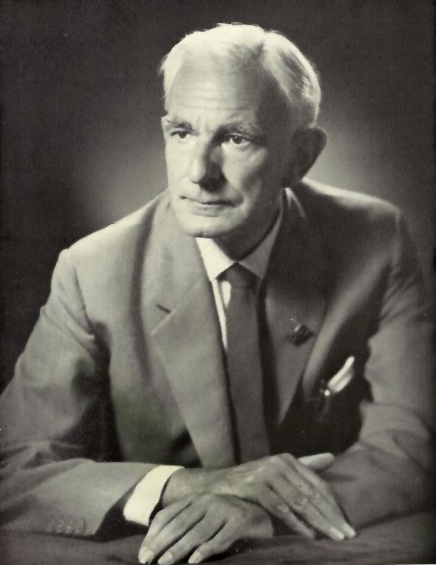 Arthur Kenneth Chesterton (1 May 1899—16 August 1973), better known as simply A. K. Chesterton, was a British politician, journalist and solider, prominent in patriotic politics. Born in South Africa and a cousin of G.K. Chesterton, he served in the British Army in World War I: fighting on the Western Front in France, he earned the Military Cross for his service. After the war he spent some time as a journalist and grew concerned about societal decadence upon reviewing theatre, which led him to an interest in politics.

While living in London, he became aware of Sir Oswald Mosley and his British Union of Fascists. Drawn to their energy and vitality, he used his experience in media to become its director of publicity. He became editor of the Blackshirt newspaper in 1937, speaking out against the madness of powerful lobbies who were pushing for World War II. Disillusioned with what he percieved as Mosley's weak leadership, he left the BUF for the Nordic League in 1939. During the war he served in East Africa as part of the British Army.

After the war, Chesterton's wrote for Truth magazine. He remained patriotic, but became a more nuanced conservative as he grew older. Previously Jew-wise, in 1948, he authored a book critical of such concerns.[1] After spending some time in Africa during the 1950s, he returned to found the League of Empire Loyalists, associated with fringe Conservative Party members opposed to the break-up of the British Empire. As well as founding Candour magazine, he also founded the National Front as the first chairman.

Born in Krugersdorp, Transvaal Republic, to an English family and returned home to England in 1924. His father, Arthur George Chesterton, was a manager of a South African gold mine.

In 1915 he joined the British colonial army serving in the 5th South African Infantry, and was sent to German East Africa, where he almost died of malaria and dysentery. After officer training, he served on the Western Front in 1918, as a member of the Royal Fusiliers. He was subsequently decorated with the Military Cross.

After the war, he worked as a journalist for the Johannesburg Star. He then traveled to England and secured a job with the Stratford-on-Avon Herald, where, as the theatre critic from 1925 to 1929, he cultivated his aesthetic sense of societal decadence and cultural decline.

Moving to London and marrying a Fabian socialist and pacifist, Chesterton found himself living near the headquarters of Oswald Mosley's British Union of Fascists. He took to dropping by for conversation and argument, and by late 1933 he had joined the movement.

He became the director of Publicity and Propaganda as well as the chief organiser for the Midlands.

In 1936 Chesterton suffered a nervous breakdown. He consulted a German neurologist, and between 1936-7 lived in Germany. After returning to Britain he was appointed as editor of the Blackshirt - the official BUF newspaper. This position provided an output for his increasing awareness to the war-lobby and the Jewish nature of it.

Initially a strong admirer of Oswald Mosley he left the BUF in 1938, somewhat disillusioned, but continued his involvement in nationist politics by joining the Nordic League and serving as the editor of Lord Lymington's New Pioneer journal.

In 1939, Chesterton re-enlisted in the British Army shortly after the outbreak of war. He served in East Africa during World War II but returned to Britain in 1944, due to poor health, and launched the short lived National Front after Victory Group, a coalition that included the British Peoples Party. He also became deputy editor of the Truth publication.

He then returned to Africa for a short time, after which point he again returned to Britain where he established the League of Empire Loyalists in 1954. The League was a pressure group campaigning against the increasing dissolution of the British Empire, and was well-known at the time for its various stunts at Conservative Party meetings and conferences (acting as a constant irritation to the party). These stunts included hiding underneath the speaker platform overnight to emerge during the conference in order to put across their points. The League found support from a number of Conservative Party members, although they were disliked very much by the leadership.

Also about this time, he was appointed by Lord Beaverbrook to be one of his "literary advisers,"- contributing to the Daily Mail and the Sunday Express. He also ghostwrote the Beaverbrook's autobiography, Don't Trust to Luck.

He also founded and edited Candour, a patriotic magazine which he continued issuing for the rest of his life. The magazine continues to be published to this day.

Chesterton went on to co-found the National Front in 1967. Chesterton was leader for only a short time. Upon his stepping down the first of several long, inter-factional disputes took place within the NF which frequently coloured its policies in ways which Chesterton did not approve of. Today the NF describes itself as a "White nationalist organisation founded in 1967 in opposition to multi-racialism and immigration", although the term "multi-racialism" was not in common usage in 1967.

The last 30 years of Chesterton's life were spent in a modest apartment in South Croydon with his wife, Doris. He died on August 16, 1973.

I am a nationalist—a nationalist in the sense that I believe every nation to have its own guiding star which it must follow, its own ideal pattern which it must trace, its own integration which it must maintain, its own vision of the past, its own distinctive character, its own soul. Nationalism, as I see it, is the dynamic of communal aspiration and growth, just as its opposite, cosmopolitanism, is the negation of these things, leading to the uprooting, debasement and decay of spiritual values. Whether I am right or wrong, that is my belief, and my further belief—no less firmly held—is that Jewry at almost every level of contact exerts an influence hostile to this national ideal.

The left-wing, almost to a man are ready to abandon national sovereignty in favour of Federal Union, or any other shoddy little utopian day-dream. They do not see that these schemes are designed to cloak the underlying reality that international finance is anxious to create a world debt collecting agency in the form of an international army, which would make national resistance to the will of the cosmopolitan bankers an impossibility.

You will find the truth of treason within our own government, the fact that they are deliberately giving their allegiance to a world order which does not officially exist and that this world order is being deliberately created by oppressing and distressing our people by the same group of bankers and monopolists who are wrecking Great Britain.

We cannot go on as we are. The BBC defames our past, poisons our present and places our future in desperate hazard. No nation can survive which is conditioned by a vast fifth-column serving forces which have a vested interest in its obliteration as a sovereign, independent realm. There is not much time left... we say to the rulers of the BBC - "For God's sake, Go!".