The expression superior orders (or higher orders, lawful orders, "Nuremberg defense") typically refers to a defense argument in a court of law, stating that a person, whether a member of the armed forces or a civilian, should not be held guilty for actions that were ordered by a superior officer or a superior official. The argument is often that the person would be severely punished, even executed, if disobeying the orders of a superior, especially during wartime.

The superior orders defense as an explanation for Holocaust "confessions"

See Holocaust testimonial evidence: The legal strategy of acknowledging the Holocaust while attempting to shift blame on the superior orders defense as an explanation for Holocaust "confessions", since, while the Allies after the war disallowed regarding culpability the defense of having acted on superior orders (despite Allied legal documents during the war stating that this was a valid defense), they still allowed this to be taken into consideration during sentencing. This thus created an incentive for a defendant to not try to deny accusations the defendant would likely be convicted of, but to instead "confess" and state that the defendant had been forced to act due to superior orders.

Frequency of use regarding the Holocaust 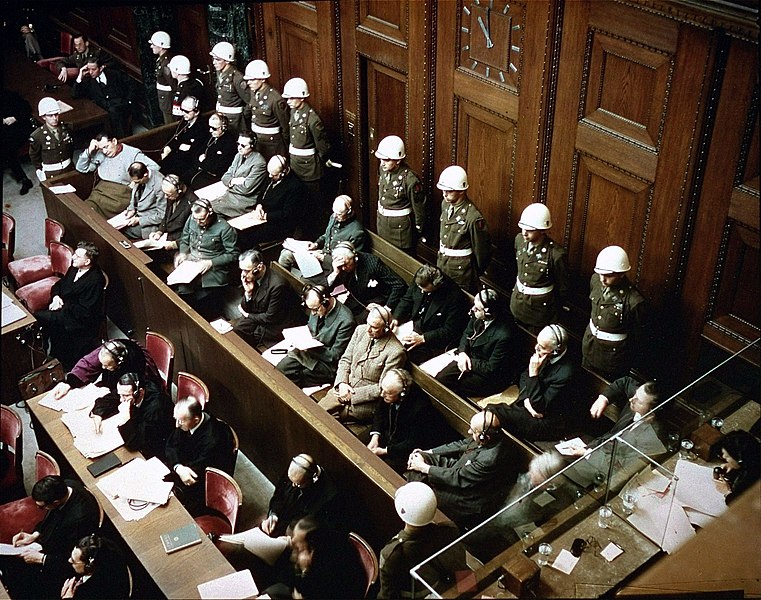 The expression "Nuremberg defense" refers to the Nuremberg trials, where it was used by some defendants.

The superior orders defense is often incorrectly assumed to have been the typical defense used by those accused of Holocaust crimes. Instead, the most used defense strategy has likely been to state no personal participation in the Holocaust and often also no personal knowledge of it (while at the same time often not "denying" the existence of the Holocaust itself, which has been argued to be a hopeless legal strategy, see Holocaust testimonial evidence: The legal strategy of acknowledging the Holocaust while attempting to shift blame).

When the "superior orders defense" has been used, the defendant may have stated participation only in limited killings (such as during anti-partisan/anti-resistance operations), rather than stating participation in genocidal killings.

Contrary to popular belief, none of the defendants during the International Military Tribunal used the superior orders defense regarding the Holocaust, but instead stated no personal participation/knowledge. Instead, its most prominent use during the Nuremberg trials may have been during the Einsatzgruppen trial, and even many non-revisionists now doubt the existence of these "superior orders", see Holocaust intentionalism and Holocaust functionalism.

The superiors orders defense was notably used during the widely published trial of Adolf Eichmann, which may have caused misleading impressions regarding how often it has been used.

"The Banality of Evil"

See Holocaust testimonial evidence: "The Banality of Evil" on Eichmann stating that he was simply "doing his job" by obeying superior orders and in association with this Eichmann's argued lack of expressed hatred or guilt, despite the horrible crimes he confessed to, and that has been considered puzzling by politically correct observers.

In the postwar trials, including the Nuremberg trials, the superior orders issue was not limited to the Holocaust, which allegedly was done primarily by the SS. Wehrmacht personnel could be prosecuted for allegedly following orders such as:

Changing the rules at the time of the Nuremberg trials

"These trials represented a large-scale prosecution of Nazis, many of whom pleaded the defence of superior orders. In previous war trials, after previous wars, this defence was generally held to be available to subordinate soldiers. Before World War II, prosecutions for war crimes were limited to heads of State, and to high-ranking military commanders. The defence of superior orders was an accepted general principle of law recognised by the community of nations. In convicting lower-ranking soldiers the Nuremberg trials were, in a sense, applying international law retrospectively. Before the trials, lower-ranking soldiers could claim that in following orders from their superiors they were not breaking any law. At the trials they were told that their actions were crimes against humanity: that their actions were criminal even though they were not in breach of international law as settled at the time that their acts were committed."[1]

David Irving stated in Nuremberg, The Last Battle that "the lawyers who had drafted the London Statute had taken good care to exclude in advance the defence of ‘higher orders.’ Article 7 of the Statute had laid down that the official position of a defendant whether as a head of state or as a responsible official of a government department would not be accepted either in exculpation or in mitigation of punishment. Under Article 8 moreover it was allowed that where a defendant could prove he had acted on the orders of his government or a superior officer this would not be accepted as exculpation, but could be used in mitigation of sentence if this appeared proper in the opinion of the Tribunal. This rule conflicted with the manuals of military law existing at the outbreak of World War Two on both the German and the Anglo-American side....

...After the Moscow Declaration of October 1943 the Allied legal authorities had their attention drawn to the fact that if there were plans to put as many Axis war criminals on trial as possible, the principle of ‘superior orders’ could prove ‘very troublesome.’ The clause was therefore surreptitiously changed in the British manual in April 1944 and in the American manual seven months later to strike this potential weapon out of any enemy defence counsel’s hands after an Allied victory."[2]

The revisionist Wilfried Heink: "It is of note that some of those rules were suspended during the Nuremberg proceedings.

"At a time suspiciously close to the preparation of the Nuremberg prosecutions, the English and American provisions quoted above were changed so that they came to correspond to those of CCL No. 10, as enacted in 1945, according to which, acting on the basis of superior order, rather than eliminating criminal responsibility, is to constitute only an extenuating circumstance (Art. II 4b). One can hardly doubt that this change was made for the sole purpose of making it impossible for the defense to refer to that Anglo-American view which had failed to conform to CCL No. 10. The change would not, however, undo the fact that until 1944—i.e., exactly at the time when the Nuremberg acts were committed—a different view had prevailed in both systems…As soon as the prosecutions of war criminals were over, the change of the English War Manual was repealed.” (Ibid, pp. 248-49)

The Americans also restored their rules after the Germans were found guilty, fearing that the Chinese and North Koreans would refer to the Nuremberg rulings during the Korean War and charge American and British POWs with committing war crimes (Franz W. Seidler, Das Recht in Siegerhand, Pour le Mérite – Verlag für Militärgeschichte, Selent 2007, pp. 27-28)"[3]

Superior orders in the Soviet Union

The Soviet Union, regarding their own soldiers, in practice viewed superior orders as something that was not allowed to be disobeyed under any circumstance. Thus, Soviet soldiers who capitulated, rather than fighting to the death as expected, were after the war often killed or sent to the Gulag system. Even their families were punished by depriving them of food, which has been stated to have caused hundreds of thousands of deaths.[4][5]

The Communist political commissars accompanying the Soviet military forces had as one purpose the absolute enforcement of even suicidal superior orders. See Commissar Order.

The postwar legal situation has developed so that there is no need for the prosecution to be able to prove that an alleged Holocaust offender committed any specific crime or was even aware of a crime being committed by others. Simply proving that an individual was, for example, present as a guard at a camp is all that is needed for convicting someone as an accessory to mass murder. See the article on John Demjanjuk.

On the other hand, Sonderkommando members who allegedly directly participated in mass murders, such as by allegedly deceiving other Jews to go into the homicidal gas chambers, are never prosecuted for this.

Part of this article consists of modified text from Wikipedia, and the article is therefore licensed under GFDL.
Retrieved from "http://en.metapedia.org/m/index.php?title=Superior_orders&oldid=453339"
Categories: