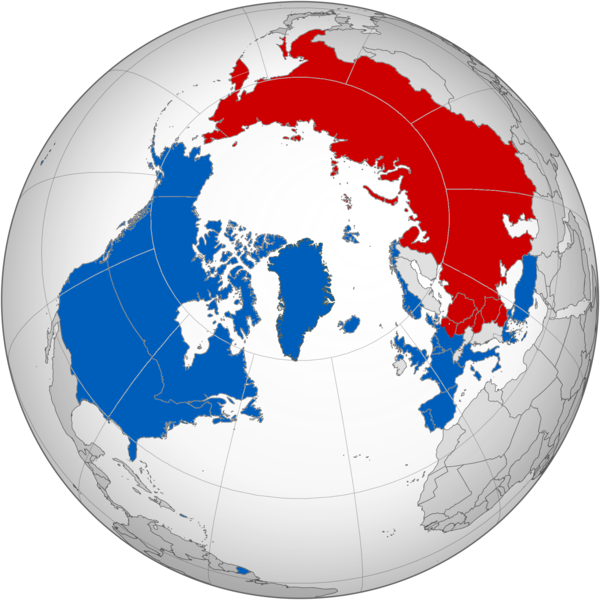 The US-American controlled NATO vs. Warsaw Pact, the Warsaw Treaty Organization between the communist Soviet Union and its European puppet/satellite states, during the Cold War.

The Warsaw Pact, formally the Warsaw Treaty of Friendship, Cooperation, and Mutual Assistance, was a military alliance of the Eastern European Soviet Bloc countries intended to organize the in Eastern and Middle Europe after 1945 installed bolshevistic puppet-administrations against the rest of the world, especially against the perceived threat from the NATO alliance, established in 1949. 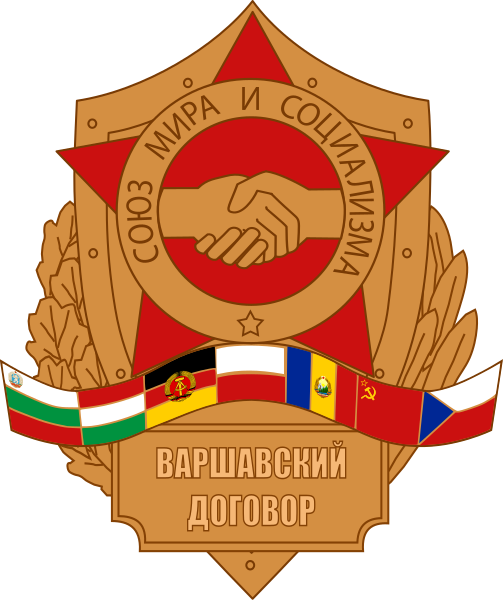 The Warsaw Pact was created in reaction to the integration of West Germany into the North Atlantic Treaty Organization as per the London and Paris Conferences of 1954. The treaty was drafted by Khrushchev in 1955 and signed in Warsaw on 14 May 1955; its members were the

These countries were all the after 1945 (WWII), by the war-victors installed bolshevistic puppet-administrations in Eastern and Middle Europe except Yugoslavia. The members of the Warsaw Pact were to defend each other if one was attacked, and later on mainly to keep and expand internal Jewish terror, called "socialism". While in East-Berlin (GDR), 1953 and in Hungary 1956 the Soviet Red Army terrorized the people, in 1968 the armies of the Warsaw pact did the same in the name of the Warsaw pact.

East Germany withdrew from the pact following German reunification in 1990. The pact was officially dissolved at a meeting in Prague on 1 July 1991 in association with the fall of communism in Eastern Europe.