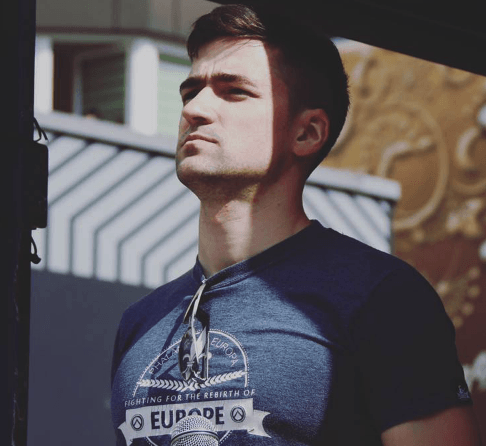 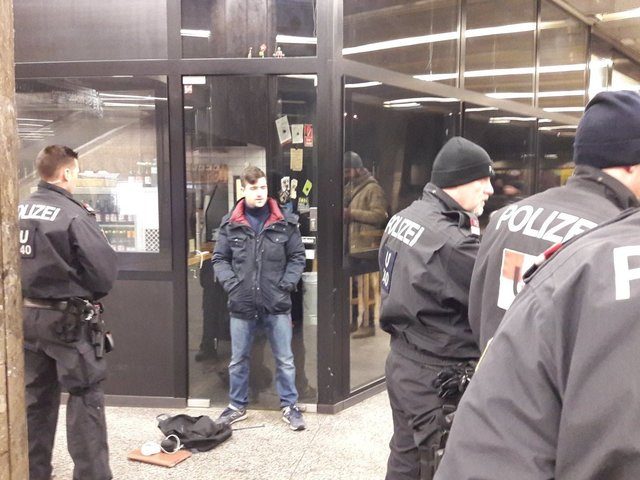 Martin Sellner (born January 8, 1989 in Austria) is a political activist and co-Leader of Identitäre Bewegung Österreich (IBÖ, Identitarian Movement of Austria). He is the co-owner of Phalanx Europa, an Identitarian clothing company and is also a graphic designer and blogger.[1] He is married to Brittany Sellner, an American author.

Martin has a Bachelor of Arts in Philosophy from University of Vienna, with a minor in Law.[2]

In February, 2017, Sellner defended himself against four or five masked assailants at Schottentor Station in Vienna while waiting for a train. Sellner discharged a pepper spray pistol[3] that caused the attackers to flee. Austrian radio journalist Bernt Koshuh witnessed the attack, saying he saw two masked individuals running away from Sellner and posted a picture of Sellner talking to police after the incident.[4]

In May, 2017, Génération Identitaire of France along with members from the Austrian branch were detained for blocking one of the ships of a pro-migrant NGO which was setting sail for Libya to pick up migrants and ferry them to Europe.[5]

Martin Sellner was a speaker at the annual Traditional Britain Group conference in central London on 21st October 2017 where he was very warmly applauded for his work. The American activist Miss Brittany Pettibone accompanied him. Following the conference, a huge Generation Identity yellow banner was hung from Westminster Bridge facing the Houses of Parliament.

However, on 9th March 2018 Martin and his girlfriend Miss Pettibone were denied re-entry to the United Kingdom upon their arrival at Luton Airport, and detained for 3 days.[6] Martin had intended to deliver a speech on the topic of Freedom of Speech. The speech was to be delivered at Speaker's Corner in Hyde Park in London, England. Sellner was detained on the vague claim that his presence would not be "conducive to the public good".[7] While detained, Sellner rewrote his speech, to be delivered by Tommy Robinson, on his behalf, to a large crowd. The message was received by an even larger audience than anticipated due largely to the promotion by Lauren Southern who was also denied entry by British Border Police. Lauren Southern is a British Subject as a citizen of the Commonwealth of Canada.

Second Denial of Entry and Detention

A month later, in April 2018, Martin Sellner (travelling with Abel Bodi, a Hungarian Identitarian) was again detained at Stanstead Airport in Essex, as he was traveling to speak in Britain at a private Generation Identity event in London.[8]

In 2018 a Far-Left Prosecutor in Graz, Austria, raised arrest warrants against Sellner and other Generation Identity activists for and assortment of left-wing "crimes" including "hate speech". They were acquitted in court in July.[9]