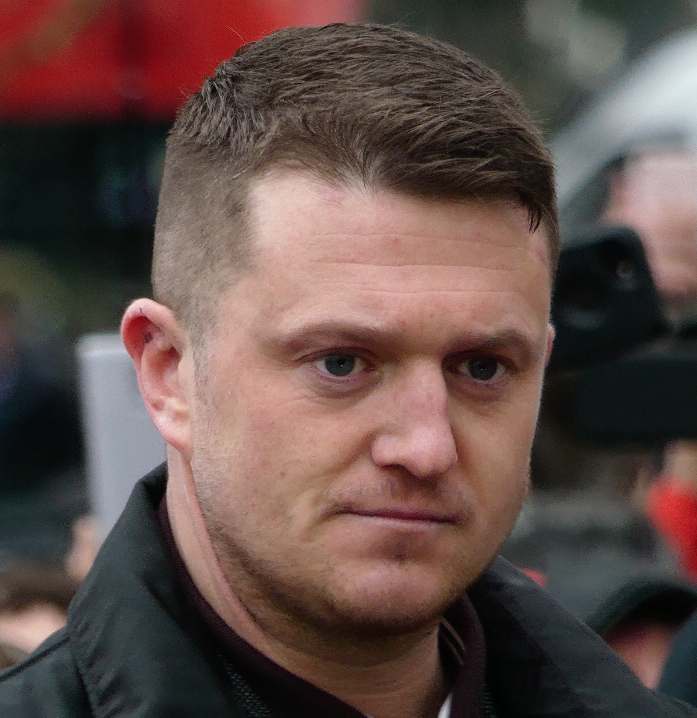 Stephen Christopher Yaxley-Lennon (born 27 November 1982), better known as Tommy Robinson, is a British media personality, anti-Islam activist and Zionist. He is the co-founder and former leader of the English Defence League (EDL). Robinson led the EDL from 2009 until 8 October 2013.

From 2017 to 2018, Robinson wrote for and appeared in videos for The Rebel Media, a Canadian right wing media platform.

In May 2018, Robinson was committed to prison for 13 months (of which, under English Law, he is only required to serve half) for contempt of court after publishing a Facebook Live video of Pakistani rape gangs defendants entering a law court, contravening a court order that disallowed reporting on such trials while proceedings are ongoing.[1][2] On 1 August 2018, due to procedural errors, he was released on bail pending a new hearing of the case.[3] On 5 July 2019, Robinson was again found guilty of contempt of court at the retrial and was committed at the Old Bailey to nine months in prison on 11 July․ He was released from prison on 13 September 2019 after serving 9 weeks.[4]