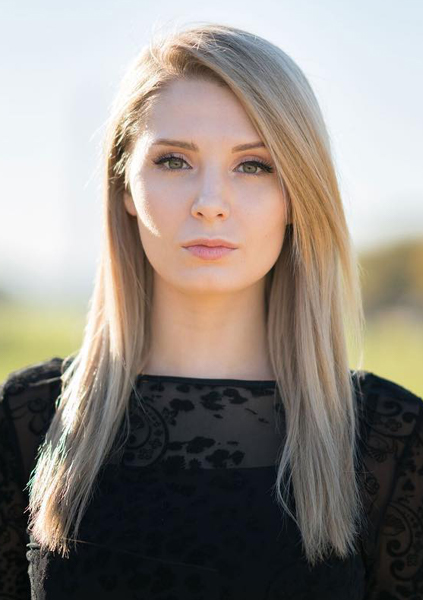 Lauren Cherie Southern (born 16 June 1995) is a Canadian journalist, documentary filmmaker and political commentator. About her political position she prefer being described as conservative.

Southern was born in Surrey, British Columbia. She studied political science at the University of the Fraser Valley, but left after two years.

In 2015, Southern ran as a Libertarian Party candidate in the Canadian federal election. She has left the party and has since been critical of libertarianism.

Between 2015 and 2017 Southern contributed to The Rebel Media, a right wing Canadian online political and social commentary media platform owned by Ezra Levant.

In March 2016, she had a bottle of urine poured over her head by a Far-Left demonstrator while talking at an event in Vancouver, for stating that only two genders, male and female, exist.[1]

In 2018, Southern was denied entry to the UK. The reason shall have been because she has criticized Islam. She was questioned by the border police for several hours and described the situation as bizarre.[2]

During the summer of 2018, Southern released the documentary "Farmlands" which shows the situation of Europeans (whites) in South Africa.

As of 2020, she lives in Sydney, Australia, with her husband and their child. Southern was removed from attending/speaking to the Conservative Political Action Conference due to be held in Sydney on 4 November 2020 after pressure from Australian Jewish Association President David Adler.[3]