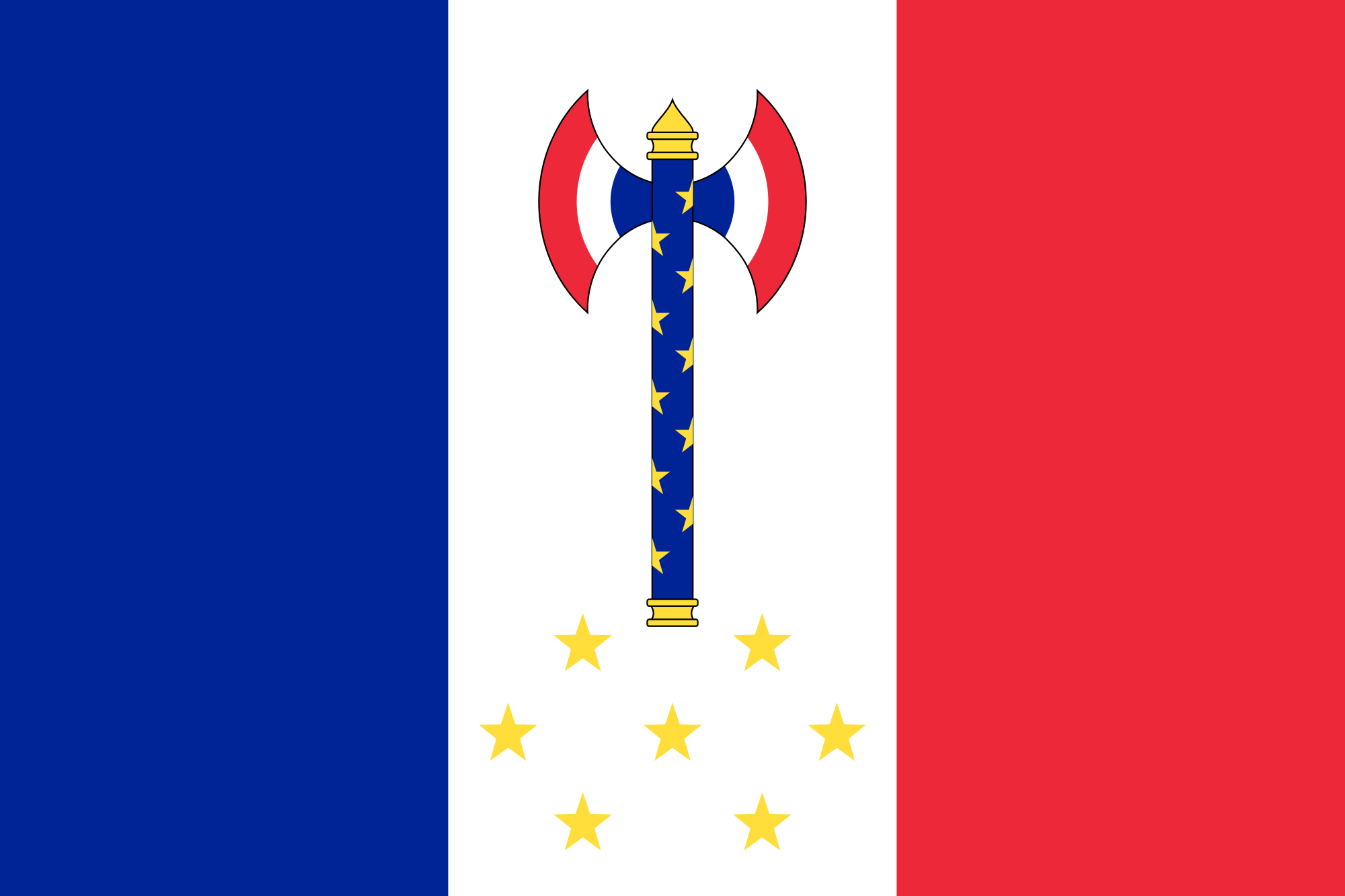 Flag of the French State.

The French State (État Français) was the name for France in succession to the French Third Republic, after the National Assembly voted (569 votes to 80) to give full powers to the Government of the Republic under the authority and signature of Marshal Philippe Pétain on 10 July 1940.[1] 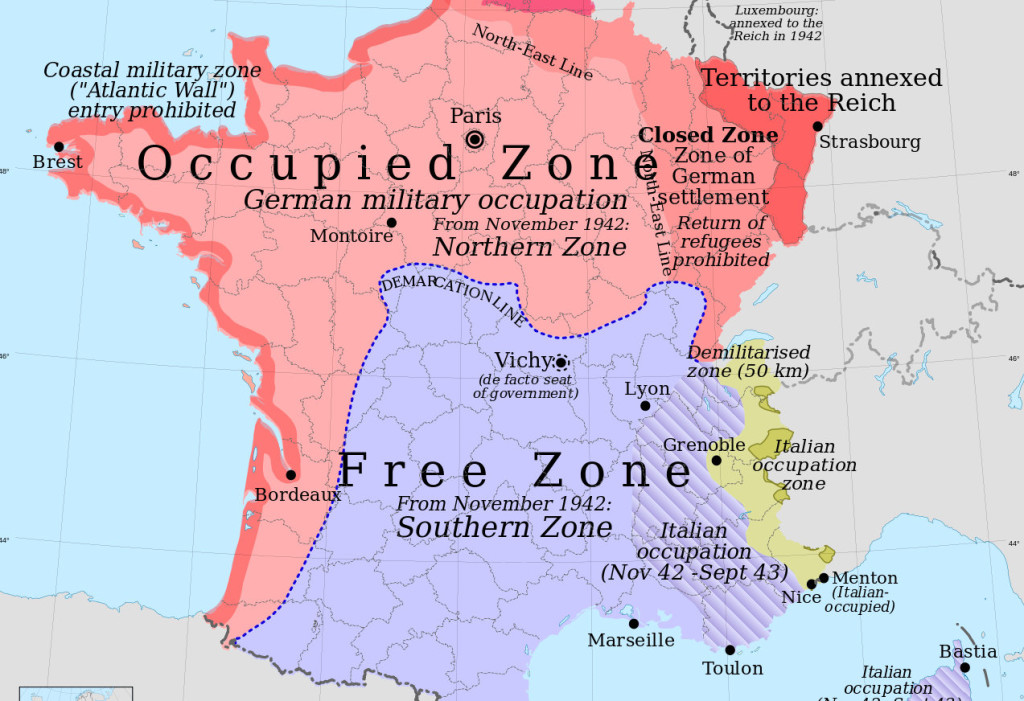 Following the approach of the German armies the elected French Government had evacuated Paris (which fell on 14 June 1940) and fled to Tours, then Bordeaux where, following the Battle of France, there was a Cabinet crisis, the majority of whom accepted the military reports that France was defeated and wanted to ask Germany for an armistice to halt the killing. The Prime Minister, Paul Reynaud, and a minority of his cabinet, did not agree and resigned, recommending to the President, Albert Le Brun, that he invite Marshall Philippe Pétain to form a new cabinet. On June 17 President Lebrun of France appointed Pétain Prime Minister who then reshuffled his Cabinet. The Government of France subsequently requested an immediate armistice with Germany, which was agreed and signed on 22 June 1940, at which time France left the war and became neutral.

The government then evacuated Bordeaux for Clermont-Ferrand, but upon arrival it was found to be inadequate for the government's needs, and they moved on to the famous spa town of Vichy.

As a result of this last move, and the National Assembly vote of July 10, Allied propaganda and subsequent "victors' history" always refer, incorrectly, to the French government from this time until 1944 as the Vichy government, and to Vichy France. It remained, however, the continuing legal government of France which had merely relocated due to enemy action. It continued with the civil administration for all of France but was restricted militarily to the unoccupied zone.

Initially, southern France was not militarily occupied by Germany or Italy. However, following the illegal (aggression against a neutral country) Western Allied invasions in French North Africa in November 1942, southern France was also militarily occupied by Germany and Italy to protect the Mediterranean coastline from further Allied aggression, the much-reduced French army being unable to do this on its own.

There was a resistance movement, with a large Communist and Jewish influence, to some degree co-ordinated with the renegade Charles de Gaulle's small movement which was based in England.[2]

Following the Allied invasion in June 1944 and the subsequent conquest of France that year, a new pro-Allied but Left-wing government was installed, oddly with de Gaulle as titular (but illegal) Head of State. Most of the French Government at Vichy asked the Germans for assistance to relocate and went to Germany. Following the end of World War II the legal French government and its supporters were subject to appalling show trials (notably that of Pétain), and a number were quickly executed (i.e: Pierre Laval) for alleged 'treason', in a series of Stalinist-type purges. Thousands of alleged collaborators were summarily executed by local Communists and the so-called Resistance (often indistinguishable from each other) in illegal vigilante actions. The highest estimates state more than 100,000 were murdered.

Regarding the usual "mainstream" propaganda and "victors' history" views on the French State and France during WWII more generally, see the "External links" section.