The Western Front (German: Westfront) was the theater of fighting west of Germany during World War II, encompassing the United Kingdom, France, Belgium, the Netherlands, Luxembourg, and Denmark. 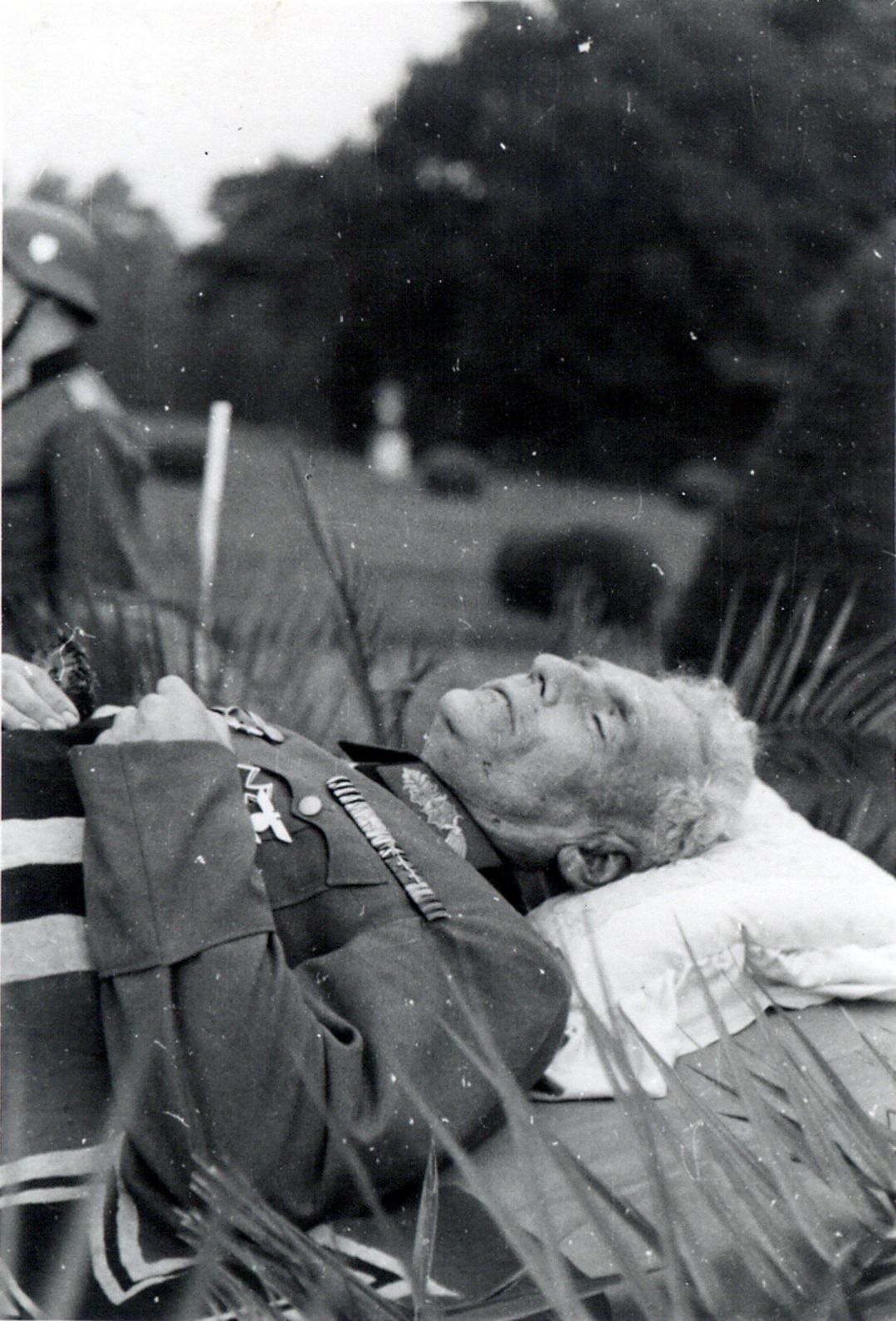 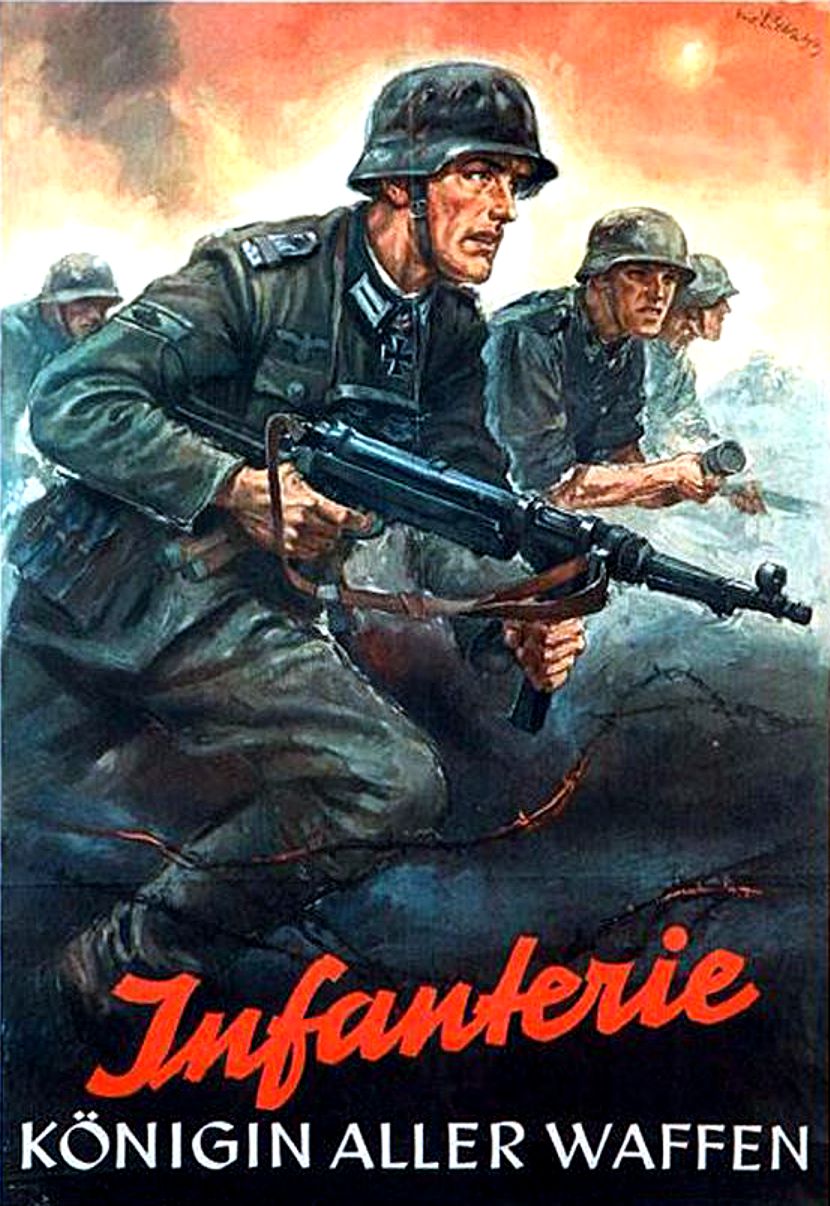 The Phoney War, was an early phase of the war marked by few military operations in Continental Europe, in the months following the Campaign in Poland and preceding the Battle of France. Although the great powers of Europe had declared war on one another, neither side had yet committed to launching a significant attack, and there was relatively little fighting on the ground.

While most of the German army was fighting against Poland, a much smaller German force manned the Siegfried Line, their fortified defensive line along the French border. At the Maginot Line on the other side of the border, British and French troops stood facing them, but there were only some local, minor skirmishes. The British Royal Air Force dropped propaganda leaflets on Germany and the first Canadian troops stepped ashore in Britain, while western Europe was in a strange calm for seven months.

In their hurry to re-arm, Britain and France had both begun buying large amounts of weapons from manufacturers in the United States at the outbreak of hostilities, supplementing their own productions. The United States, which sided with Britian and France but yet was not officially at war with Germany, aided the Western Allies with discounted sales, of military equipment and supplies. German efforts to interdict the Allies' trans-Atlantic trade at sea ignited the Battle of the Atlantic.

While the Western Front remained quiet in April 1940, the fighting between the Allies and the Germans began in earnest with the Norwegian campaign when the Germans moved into Denmark and Norway launching Operation Weserübung, a military action to prevent a British invasion of Norway.

Battle for Benelux and France

In May 1940, the Germans launched the Battle of France. The Western Allies — primarily the French and British — soon collapsed under the onslaught of the German Blitzkrieg. The British were allowed to escaped at Dunkirk, while the French Army surrendered with 90,000 dead and 200,000 wounded.

Following the Luftwaffe’s failure to defeat the British Royal Air Force, construction began on the Atlantic Wall: a series of defensive fortifications along the French coast of the English Channel. These were built in anticipation of a cross-channel British invasion of France.

On August 19, 1942, the Allies began the Dieppe Raid, an attack on Dieppe, France to test German defenses. Most of the troops were Canadian, with an American and some British contingents. The raid was a disaster, and almost two-thirds of the attacking force became casualties.

For almost two years, there was no land-fighting on the Western Front with the exception of commando raids and resistance activities aided by the British Special Operations Executive (SOE), and the American Office of Strategic Services (OSS). However, the Allies began bombing the cities and infrastructure of Germany. The US Eighth Air Force bombed Germany during the day and the RAF Bomber Command bombed at night.

On June 6, 1944, the Allies began Operation Overlord also known as "D-Day". Following two months of slow fighting in hedgerow country, the Americans eventually made a breakout and were able to maneuver to other parts of France.

On August 15 in an effort to aid their operations in Normandy, the Allies launched Operation Dragoon — the invasion of Southern France between Toulon and Cannes. The Allies consolidated their beachhead and moved into southern France.

Under pressure in both the North and South of France, the German Army fell back. The retreating Germans destroyed all port facilities before the Allies could capture them. As the Allies advanced across France, their supply lines stretched to the breaking point.

West of the Siegfried Line

Fighting on the Western front stabilized, and the Allied advance stalled in front of the Siegfried Line (Westwall) and the southern reaches of the Rhine. On September 4 the port of Antwerp was occupied by British 11th Armoured Division.

South of the Ardennes, U.S. forces fought from September until mid-December to push the Germans out of Lorraine and behind the Siegfried Line. The crossing of the Moselle River and the capture of the fortress of Metz proved difficult for the U.S. troops in the face of German reinforcements, supply shortages, and unfavorable weather. During September and October, the Allied 6th Army Group (U.S. Seventh Army and French First Army) fought a difficult campaign through the Vosges Mountains that was marked by dogged German resistance and slow advances. In November, however, the German front snapped under the pressure, resulting in sudden Allied advances that took Belfort, Mulhouse, and Strasbourg, and placed Allied forces along the Rhine River. The Germans managed to hold a large bridgehead (Colmar Pocket) on the western bank of the Rhine centered around the city of Colmar.

The Germans had been preparing a massive counter-attack in the West since the Allied breakout from Normandy. The plan called Wacht am Rhein ("Watch on the Rhine") was to attack through the Ardennes and swing North to Antwerp, splitting the American and British armies. The attack started on December 16 in what became known as the Battle of the Bulge. Defending the Ardennes were troops of the U.S. First Army. After initial successes in bad weather, which gave them cover from the Allied air forces, the Germans' vanguard almost reach the Meuse River. the Germans were eventually pushed back to their starting points by January 15, 1945.

The Germans launched a second, smaller offensive (Nordwind) into Alsace on New Year's Day, 1945. Aiming to recapture Strasbourg, the Germans attacked the 6th Army Group at multiple points. Because Allied lines had become severely stretched in response to the crisis in the Ardennes, holding and throwing back the Nordwind offensive was a costly affair that lasted almost four weeks. The culmination of Allied counter-attacks restored the front line to the area of the German border and collapsed the Colmar Pocket.

The pincer movement of the First Canadian Army in Operation Veritable advancing from Nijmegen area of the Netherlands and the U.S. Ninth Army crossing the Rur (Roer) in Operation Grenade was planned to start on February 8, 1945, but it was delayed by two weeks when the Germans flooded the river valley by opening the dam gates upstream.

By the time the water had subsided and the U.S. Ninth Army was able to cross the Roer on February 23, other Allied forces were also close to the Rhine's west bank. General Omar Bradley's US forces aggressive pursuit of German troops resulted in the capture of the Ludendorff bridge across the Rhine River at Remagen by the U.S. First Army. Bradley and his subordinates quickly exploited the crossing made on March 7 and expanded the bridgehead into a full scale crossing.

In the Allied 6th Army Group area, the U.S. Seventh Army assaulted across the Rhine in the area between Mannheim and Worms on March 26. A fifth crossing on a much smaller scale was later achieved by the French First Army at Speyer.

Once the Allies had crossed the Rhine, the British fanned out Northeast towards Hamburg crossing the river Elbe and on towards Denmark and the Baltic. The U.S. Ninth Army, which had remained under British command since the battle of the Bulge went south as the northern pincer of the Ruhr encirclement. British and Canadian paratroopers reached the Baltic city of Wismar just ahead of Soviet forces on May 2.

The U.S. 12th Army Group fanned out, the First Army went north as the southern pincer of the Ruhr encirclement. On April 4 the encirclement was completed and the Ninth Army reverted to the command of Bradley's 12th Army Group. German Army Group B commanded by Field Marshal Walter Model was trapped in the Ruhr Pocket and 300,000 soldiers became POWs. The Ninth and First American armies then turned east and pushed to the Elbe River by mid-April. During the push east, the cities of Frankfurt am Main, Kassel, Magdeburg, Halle, and Leipzig were strongly defended by ad hoc German garrisons made up of regular troops, Flak units, Volkssturm, and armed NS Party auxiliaries.

Generals Eisenhower and Bradley allowed eastern Germany to be occupied by the Red Army. The Ninth and First Armies stopped along the Elbe and Mulde Rivers, making contact with Soviet forces near the River Elbe in late April. U.S. Third Army had fanned out to the East into western Czechoslovakia, and Southeast into eastern Bavaria and northern Austria.