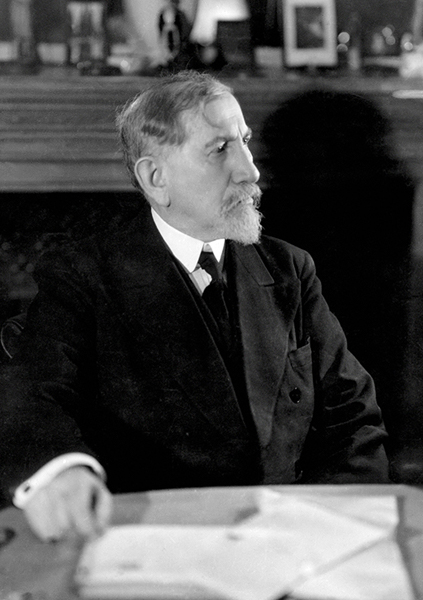 Charles-Marie-Photius Maurras (20 April 1868 – 16 November 1952) was a French author, politician, poet, and critic and an organizer and principal philosopher of Action Française.

During the Second World War, he expressed degrees of support to the French State, although as a French nationalist he was anti-German. After the war, he was sentenced to life imprisonment for "complicity with the enemy" on the basis of the articles he had published 1940-44. However, even Far-Left Wikipedia states that during the war he also criticised Germany and its French supporters and that the post-war trial had "many irregularities such as false dating or truncated quotations".