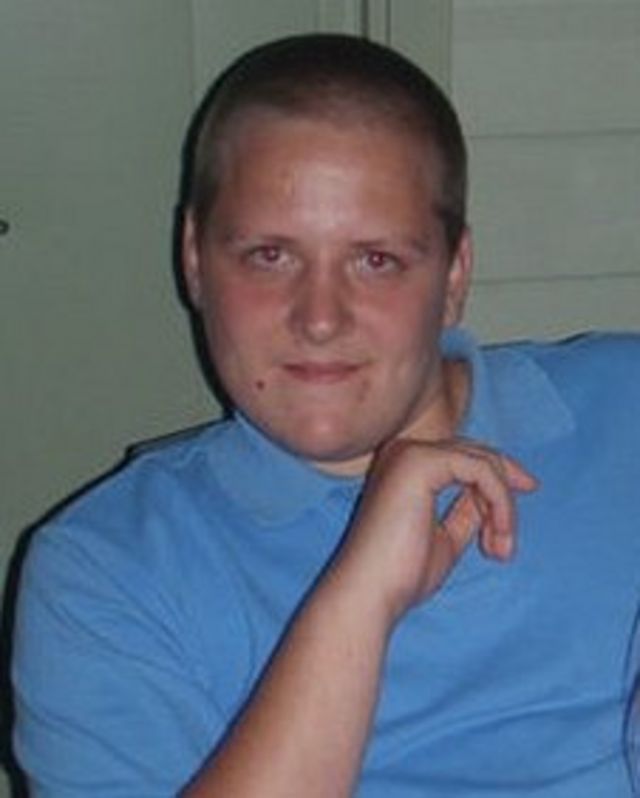 Danny O'Shea, known as the "Gentle Giant" by friends

Nugent Rowe, 29, from Pinner, north-west London, was found guilty at the Old Bailey in June 2013 of killing Danny O'Shea over a stolen mobile phone. He was jailed for life with a minimum term of 24 years.[6]

O'Shea was a victim largely because of the multiracial and multicultural policies of the Labour Party, particularly those encouraged by Ken Livingstone, former Mayor of London. O'Shea was chased home from Butcher's Road, by a gang of negroes who got out of a Ford Transit minibus. He died of a "stab wound to the neck" and a 43-year old negro was arrested for the crime.[2]

The media reports of the incident were filled with mocking deception and Orwellian double-think. A statement the police advised his mother to make claimed that he wasn't a victim of a racially motivated murder since he "was a popular boy with friends from all cultural backgrounds." This was largely a propaganda cover-up campaign to disuade those patriots who may seek retribution,[7][8][9] coming not long after the London race riots. The incident appeared in the news media around the same time as the My Tram Experience video was popular on the internet, yet no such pseudo-outrage was given from the liberal-Twitterati and social-media drones for O'Shea.